Bolton secured an immediate return to the Championship after victory over Peterborough ensured they finished second in League One behind champions Sheffield United.

Goals from Jem Karacan, David Wheater and Adam le Fondre gave Phil Parkinson's side a comfortable 3-0 victory and meant they could not be caught by Fleetwood, whose 0-0 draw at home to Port Vale saw the visitors relegated.

It also meant Fleetwood dropped to fourth place in the table after Scunthorpe came from behind to beat relegated Coventry 3-1 thanks to second-half goals from Kevin van Veen, Neal Bishop and Hakeeb Adelakun.

Scunthorpe will play Millwall in the play-offs after Neil Harris's side secured the final place in dramatic circumstances with a nail-biting 4-3 win at Bristol Rovers. 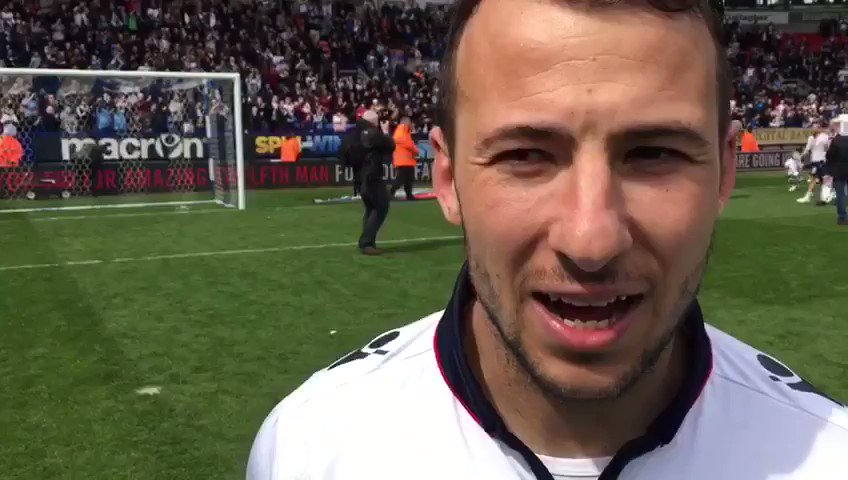 Lee Gregory and Tony Craig put Millwall 2-0 up and after Jermaine Easter pulled one back for Rovers, Gregory restored the visitors' two-goal lead on 35 minutes.

Chris Lines made it 3-2 just before the interval and when Billy Bodin levelled with a free-kick on 75 minutes, Millwall were out of the play-offs due to Southend leading at home to Bury.

However, Shaun Hutchinson headed the winner from a corner seven minutes from time to render Southend's 1-0 victory - courtesy of a goal from Stephen McLaughlin - irrelevant.

Port Vale's failure to win at Fleetwood meant Gillingham were not made to pay for missing a penalty in their 0-0 draw at Northampton, with Bury also safe despite their loss at Southend.

Bradford, who will take on Fleetwood in the play-offs, drew 1-1 at Rochdale, while Sheffield United ended the season with 100 points thanks to a 3-2 win over 10-man Chesterfield, who had Dan Gardner sent off in the second half.

Elsewhere, MK Dons ended the season in style with a 4-1 win at Walsall, while Charlton beat relegated Swindon 3-0 and Oxford won 2-0 at home to Shrewsbury. Wimbledon and Oldham played out a 0-0 draw.