This year's Queen Speech was a dressed down affair compared to the monarch's usual attire of fur-lined robes, heavy jewels and royal crown.

As Royal Editor Chris Ship explains, that decision was primarily one of timing, but the monarch's choice of day dress - and hat - has grabbed far more attention than her usual regal look.

Remind you of anything?

Twitter went into overdrive with humorous comparisons to the European flag.

The hat, designed by the Queen's trusted personal assistant and senior dresser Angela Kelly, was interpreted as "anti-Brexit" by Paul Flynn, MP for Newport West.

Other also suggested the nonagenarian was "trolling" the Tories and the country's impending Brexit: 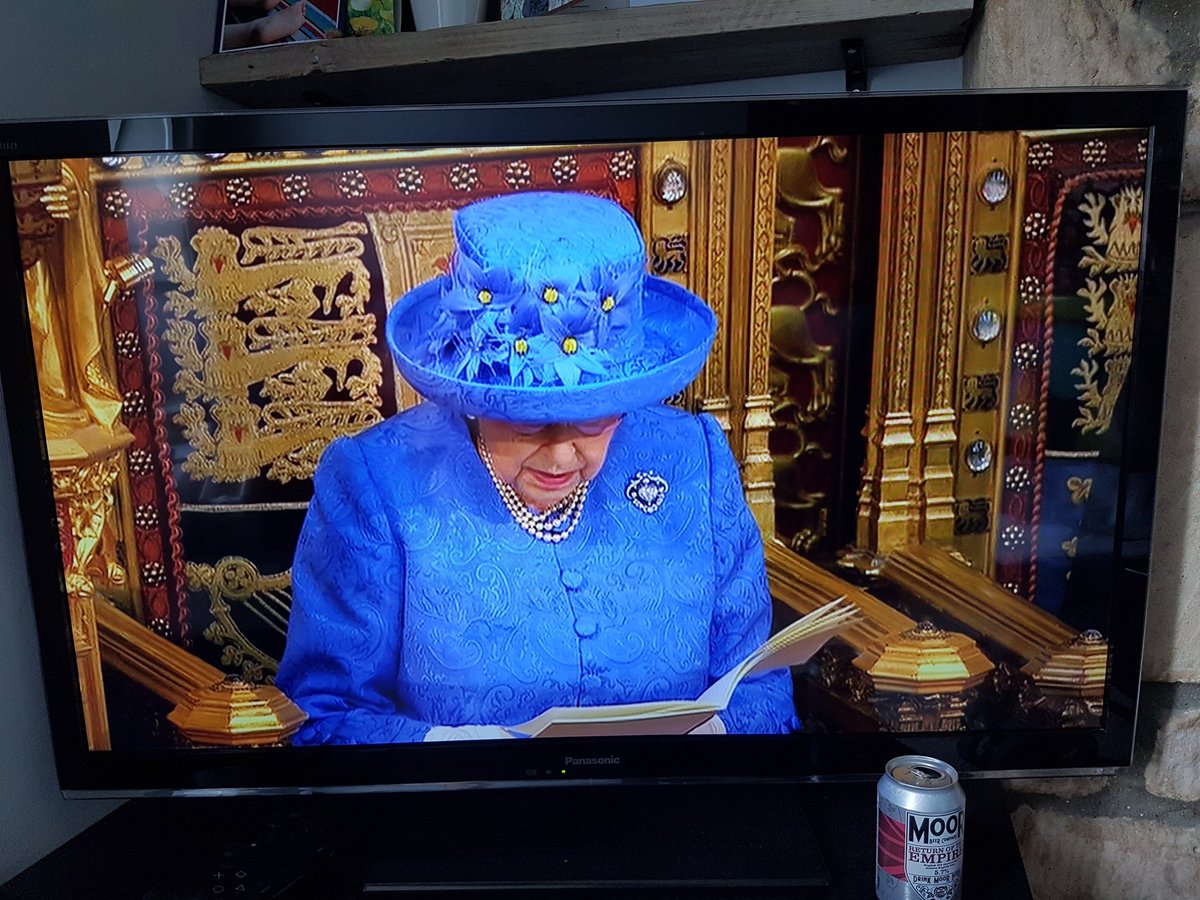 Was the #Queen trolling the Tories and #brexit by wearing a hat which looks remarkably like an EU flag for… https://t.co/7W3l10NSs8

the queen has turned up to do her speech announcing brexit wearing a hat that looks like EU flag #badgirl https://t.co/WYlsMSABui 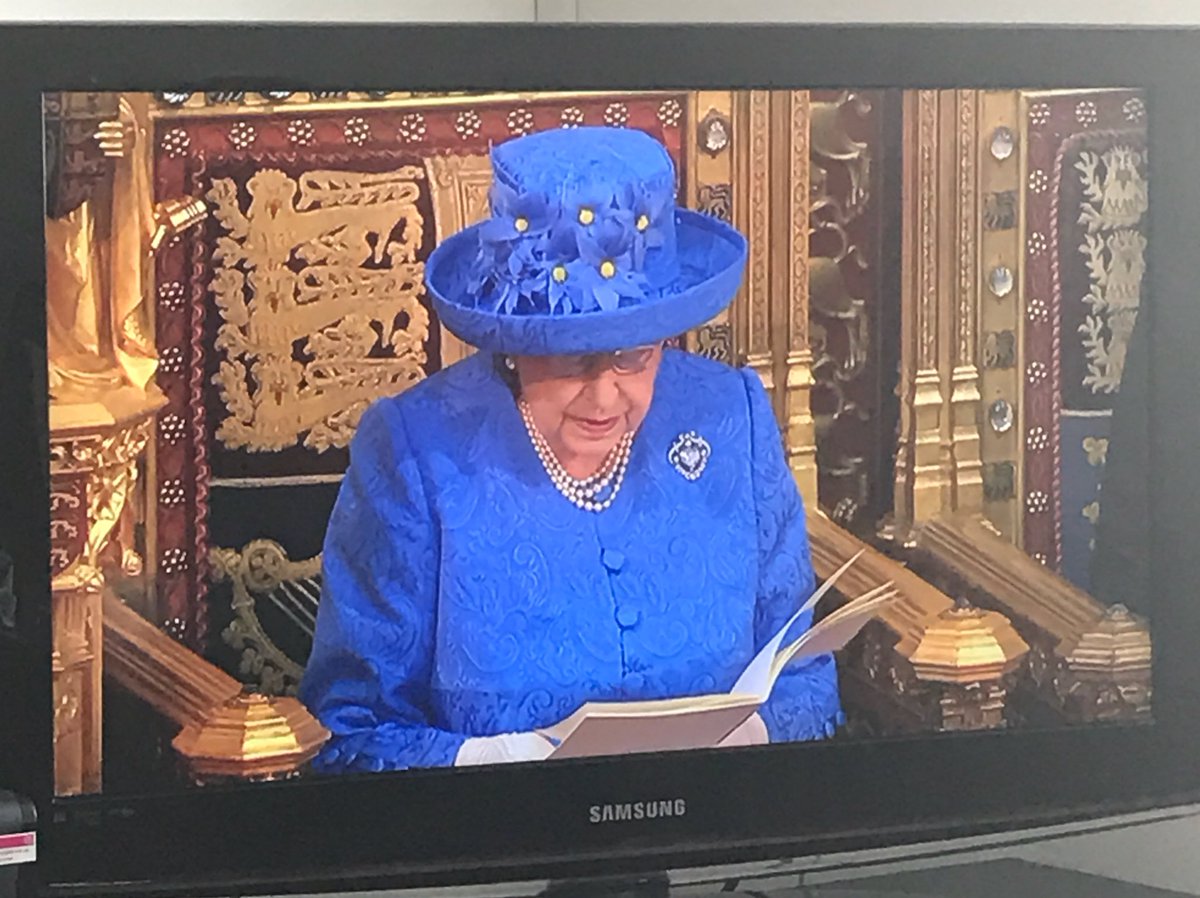 God Bless The Queen and her pro-EU hat #QueensSpeech

The award for 'Best Trolling Using a Hat' goes to the #QueensSpeech. https://t.co/zQxdqFn8Bk 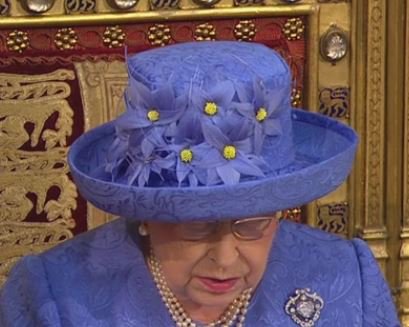 However, as head of state, the Queen is politically neutral and acts on the advice of her Government in political matters.

"The referendum is a matter for the British people to decide," the palace said at the time of last year's Brexit vote.