Australia captain Steve Smith believes he has an even nastier pace battery to unleash on England than the one Mitchell Johnson led to rip through them on their last tour.

England had no answer as Johnson bagged a remarkable 37 wickets at under 14 each with a staggering display of extreme pace and swing as the tourists fell to a 5-0 whitewash defeat in 2013/14.

On their return, Mitchell Starc - another left-arm quick - lies in wait, alongside the out-and-out pace of Pat Cummins and metronomic third seamer Josh Hazlewood.

Smith reports he has had some deeply uncomfortable moments against them in the nets already of late and will be much happier deploying them against Australia's Ashes opponents.

"Thinking back to 2013/14, when Mitchell was bowling in the nets, these guys are just as nasty - if not more nasty, at the moment," he said.

"A couple of the nets sessions I've had against Cummins and Starc have been quite scary, so that's really exciting for us.

"These three have been working up towards this (series) ... they're fresh, they're bowling fast."

Away from their seam attack, Australia have had to make a last-minute contingency plan on the eve of the first Test - thanks to David Warner's untimely stiff neck.

They have summoned batting all-rounder Glenn Maxwell as cover, not just for their combative opener but also for Shaun Marsh - most likely to go up the order from number six, were Warner unavailable, yet who has a stiff back himself.

The absence of Warner would be a huge blow to Australia at their Gabba 'fortress', where they have not lost to England since 1986/87 eight tours ago.

He has assured his team-mates, however, he will be fit to take guard on Thursday morning - having managed to overcome some remaining discomfort to bat in the nets, after cricking his neck in fielding drills.

Smith struck a reassuring note at his pre-series press conference when he said: "Davey's going well. 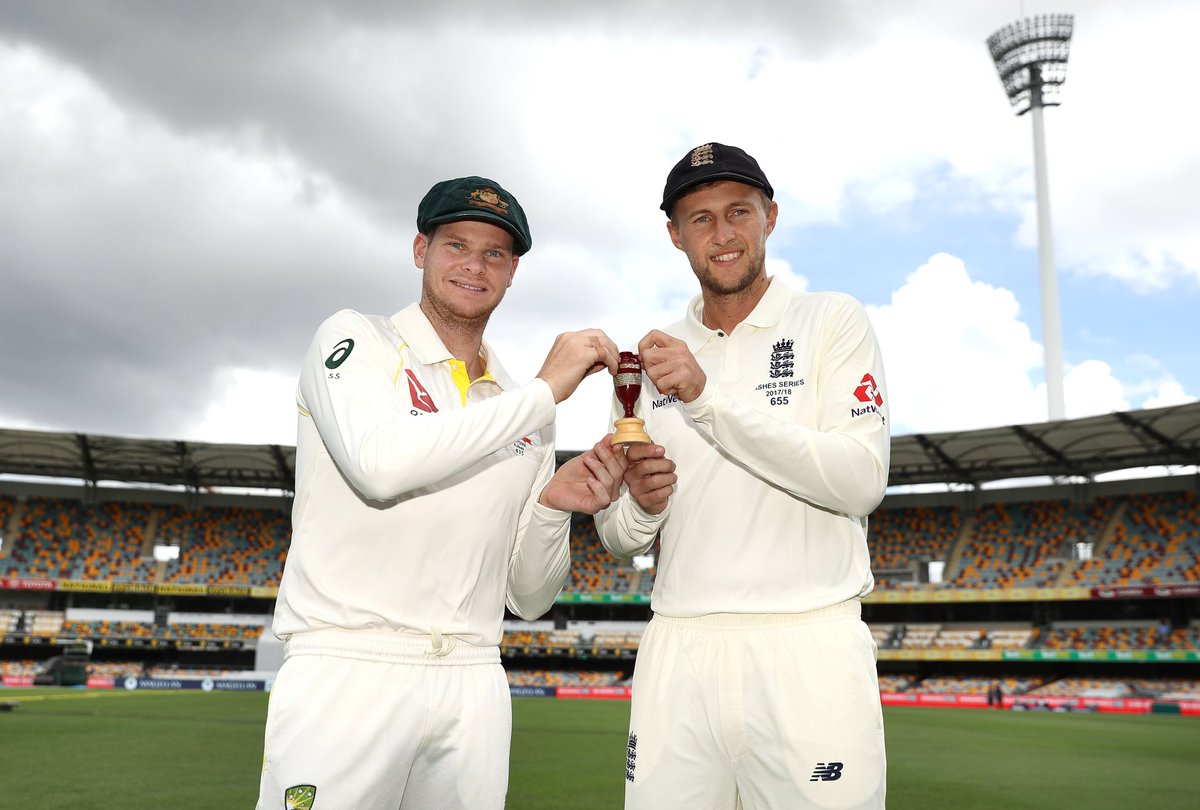 "I think he's improved a fair bit over the last 24 hours. We hope he can continue improving and be 100 percent at 10 o'clock in the morning."

Warner admitted the previous day that his main problem was a pretty basic one for any batsman - an inability to look in the right direction without too much pain from his neck.

Smith felt able to make light of that issue, though, when he referenced the famous square-on stance of Shivnarine Chanderpaul.

Warner, his captain reports, will borrow from the West Indies great if necessary.

"He said he'll even bat like Shivnarine Chanderpaul if he has to, and face the other way," said Smith.