In a statement, Chegwin's family said: "We are heartbroken to share the news that Keith Chegwin sadly passed away following a long-term battle with a progressive lung condition, idiopathic pulmonary fibrosis (IPF), which rapidly worsened towards the end of this year.

"Keith died peacefully at home shortly after midnight on the 11th of December. His wife Maria, his daughter Rose and his son Ted were by his side.

"We would like to take this opportunity to thank Severn Hospice for the kindness, support and care they have shown us all over the last few weeks.

"Keith was a loving husband, father, son, brother, uncle and friend. We would respectfully ask to be left to mourn his passing in private."

Around 6,000 people a year are diagnosed with IPF, a disease that causes fibrosis, or scarring of the lungs, which makes them stiffer so it is difficult to breathe.

As in Chegwin's case, IPF worsens over time. Its cause is unknown and there is no cure.

Symptoms include shortness of breath, a cough that does not go away and "clubbing" in the fingers and toes - a change in the size, shape and texture of the nails.

From a young age he took an interest in entertainment, attending a stage school with his twin brother and successfully auditioning for roles in TV and film while at school.

During the 1970s he appeared in a string of roles, including in Roman Polanski’s 1971 film of William Shakespeare’s Macbeth and the title role in 1975’s Robin Hood Junior.

From the mid-1970s, Chegwin’s career switched from acting to TV presenting, including children’s game show Cheggers Plays Pop, for which he is best known to many people, and Swap Shop, in which he appeared alongside Noel Edmonds and Maggie Philbin, who he married in 1982 and later divorced.

His career waned in the late 1980s and early 1990s due to struggles with alcoholism before he returned to present the "Down Your Doorstep" segment of The Big Breakfast. He then went on to present a revived version of It’s a Knockout.

After "the worst career move" in his life presenting Channel 5 nudist gameshow Naked Jungle, in recent years he has appeared regularly in reality TV shows.

These included Dancing On Ice in 2013, Celebrity MasterChef and Celebrity Big Brother in 2015.

He made numerous appearances as himself on TV and in film, including Ricky Gervais’ Extras and Life’s Too Short, and had roles in several pantomimes over the years.

Maggie Philbin, who was married to Chegwin for 11 years, said she last saw Chegwin at the wedding of his sister, the radio broadcaster Janice Long.

She said: "Keith was a one-off - full of life, generous and with a focus on things that mattered - his family.

"I saw him two months ago at his sister Janice's wedding, where he was still attempting to be life and soul of the party despite being on portable oxygen and made sure he knew how much he meant to us all.

"Our daughter Rose flew home from San Francisco to be with him over the last few weeks and I know he was surrounded by so much love from his second wife Maria, their son Ted, his sister Janice, his twin brother Jeff and his father Colin.

"Keith was loved by everyone who knew and worked with him."

I never saw Keith flustered or lost for words. In fact now I think about it I never saw him upset or angry. I never heard Cheggers say a bad word about anyone. Like all true professionals he possessed the knack of reinventing himself time and time again.

The greatest achievement for any TV performer is for the viewers to regard you as a friend and today millions will be grateful for Keith's contribution to their childhood memories and like me they will mourn the passing of a friend.

John Craven, who worked with Mr Chegwin for 10 years on Saturday morning television in the 1970s and 1980s, told ITV News: "This has come as a terrible shock to me, a light has gone out."

He added: "He was professional to his fingertips. He was a master of the off the cuff comment - he always said that nobody ever wrote any scripts for him, he just made it up as he went along. And he made it all look so easy which is the mark of a master performer."

Everybody warmed to Keith because they could tell that it was genuine. His warmth and his bubbly personality were very much him, it was very much Cheggers. He was loved by millions.

Radio DJ Tony Blackburn, who first worked with Chegwin when he was at BBC Radio 1, said: I’m absolutely devastated to hear that my friend Keith Chegwin has died.He was one of the nicest people I have ever known and over the years we did shows together and became great friends. Keith RIP."

I’m absolutely devastated to hear that my friend Keith Chegwin has died.He was one of the nicest people I have ever… https://t.co/kehUHsmh1G

He told the Press Association: "We always got on very well, he was the nicest person I've ever met, there wasn't a mean bone in his body.

"He was as you saw him on TV, that was him off screen as well and we just got on like a house on fire."

He added that he last spoke to Chegwin a month ago by telephone, adding: "He said he had been very very unwell and was still not quite right but he said 'I'm getting better'.

"He said 'I will phone you when I'm better'. I presumed he was recovering but he obviously wasn't."

He was very talented, children loved him because he was a big child himself really, he was very natural with people, at one point he was on TV practically the whole time but it never went to his head.

In his last message on Twitter, posted on September 28, Chegwin let fans know he was not well, tweeting: "Still not right. I will be back - But not for a bit yet. I'm so sorry."

Still not right. I will be back - But not for a bit yet. I’m so sorry

His Saturday Superstore co-host, Mike Read said: "Keith was someone who gave 100%. When the light went on, Keith was there.

"He was showbiz through and through."

Extras writer Ricky Gervais also paid tribute to Mr Chegwin, tweeting: "So sad to hear about the death of the lovely and funny Keith Chegwin. RIP you National Treasure."

A number of other TV personalities tweeted messages in memory of Chegwin, who was a household name in the 1980s and 1990s.

No. I can’t bear the news. Not him. I was blessed to work with Keith Chegwin on the big breakfast and he was a happ… https://t.co/vKG2Ph45f7

Big Breakfast presenter Gaby Roslin tweeted: "No. I can’t bear the news. Not him. I was blessed to work with Keith Chegwin on the big breakfast and he was a happy and joyous man. So generous and kind. Bye bye cheggers So so sad #ripkeithchegwin #ripcheggars my love to his family."

Very sad and shocked to hear of the passing of Keith Chegwin. The king of outside broadcast

Entertainer Les Dennis, who worked with Chegwin on Life's Too Short, said he was "utterly devastated".

So utterly devastated by the death of @keithchegwin. Worked and laughed with him so much on Life’s Too Short. Indee… https://t.co/8e5jRGLPpE

Saddened to hear this,what a great guy! I worked with him a lot over the years a great entertainer,you will be miss… https://t.co/J2IpvUxKlX

Former boxer Frank Bruno posted: "Saddened to hear this,what a great guy! I worked with him a lot over the years a great entertainer,you will be missed RIP Keith Chegwin."

Such sad news. Very much a part of my childhood. RIP Keith Chegwin. https://t.co/IFL7TujE9b 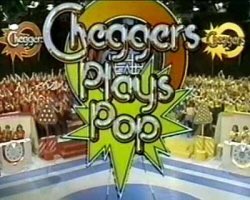 Comedian and TV presenter Paddy McGuinness said on Twitter: "Such sad news. Very much a part of my childhood. RIP Keith Chegwin."

Television presenter Lorraine Kelly paid tribute to Chegwin, describing him as a "kind, funny, brave man who seized the day."

Very sad to hear about the death of Keith Chegwin. A kind, funny, brave man who seized the day.

Fellow TV presenter Paul Ross stated: "Had no idea when I tweeted last that my good friend and colleague Keith Chegwin had died. A truly, truly lovely man and a rare talent. So sad. Love to his family. All Iove."

Had no idea when I tweeted last that my good friend and colleague Keith Chegwin had died. A truly, truly lovely man… https://t.co/aQ5iGV9gD1

Friend and fellow entertainer Bobby Davro described Mr Chegwin as "one of the nicest guys I've ever met in this biz".

"What a dreadful shame to lose such a lovely friend," he added. "RIP Cheggers! I'll miss that smile."

I have known Keith Chegwin for many years He was one of the nicest guys I've ever met in this biz I had been told h… https://t.co/Ilgx4oNfKr

This Morning presenter Phillip Schofield said he was "stunned" adding: "Can't get my head round this. One of my original Saturday morning heroes. Sending all my love to his family."

I’m so stunned to hear that the utterly lovely @keithchegwin has died. Can’t get my head round this. One of my orig… https://t.co/NQF4CZBxPA

Presenter Fiona Phillips tweeted: "I am so so sad to hear that my friend Keith Chegwin has passed. I'll never forget his energy, his professionalism, his kindness or his very bad jokes! A lovely man whose talent was bigger than he realised. RIP my friend."

I am so so sad to hear that my friend Keith Chegwin has passed. I’ll never forget his energy, his professionalism,… https://t.co/eDrcC58K13