Swansea have appointed Carlos Carvalhal as manager until the end of the season.

The Portuguese was sacked by Sky Bet Championship side Sheffield Wednesday on Christmas Eve but has almost immediately found work in a higher division.

His task will be to keep the Swans in the Premier League. They sit bottom of the table with 13 points from 20 games, a record which cost previous manager Paul Clement his job earlier this month.

The Welsh club said Carvalhal's contract included the option of an extension at the end of the season.

Swansea chairman Huw Jenkins said in a statement: "We are very pleased with the appointment.

"We felt we needed to get the managerial situation resolved as soon as possible and while the timing is not always perfect, we can look forward to the second half of the campaign with renewed optimism.

"Carlos' time at Sheffield Wednesday, which included securing two consecutive play-off places, highlighted that he has great character and personality to lead the squad and the football club, which is vital at such a crucial time.

"He has built up a lot of experience over the years which will ensure the team is structured and organised. 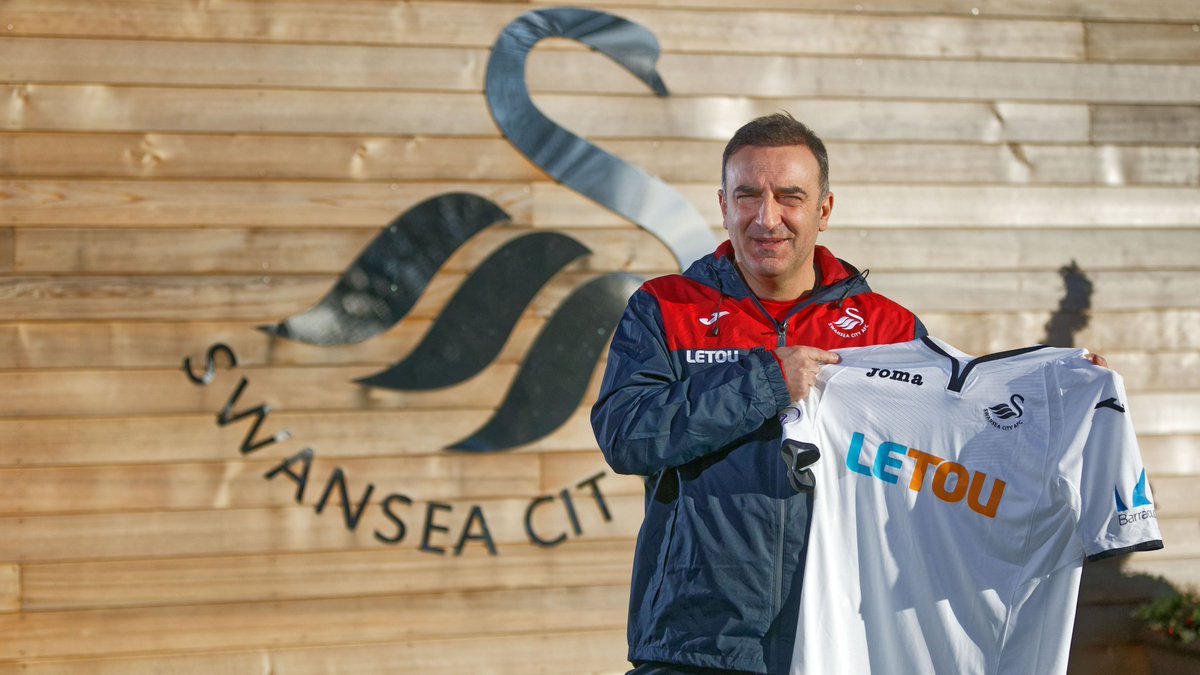 "He is driven and ambitious and, while he has a big challenge ahead of him, I know he will tackle it without fear."

Swansea said Carvalhal's backroom staff would be announced in due course.

Wednesday dismissed Carvalhal after a lacklustre start to the season, with the Owls not winning any of their last eight games under the Portuguese's charge.