Champions Manchester City made up almost half of the Professional Footballers' Association's Premier League team of the year.

Tottenham were the only other team to have more than one representative, boasting three players in defender Jan Vertonghen, midfielder Christian Eriksen and striker Harry Kane. 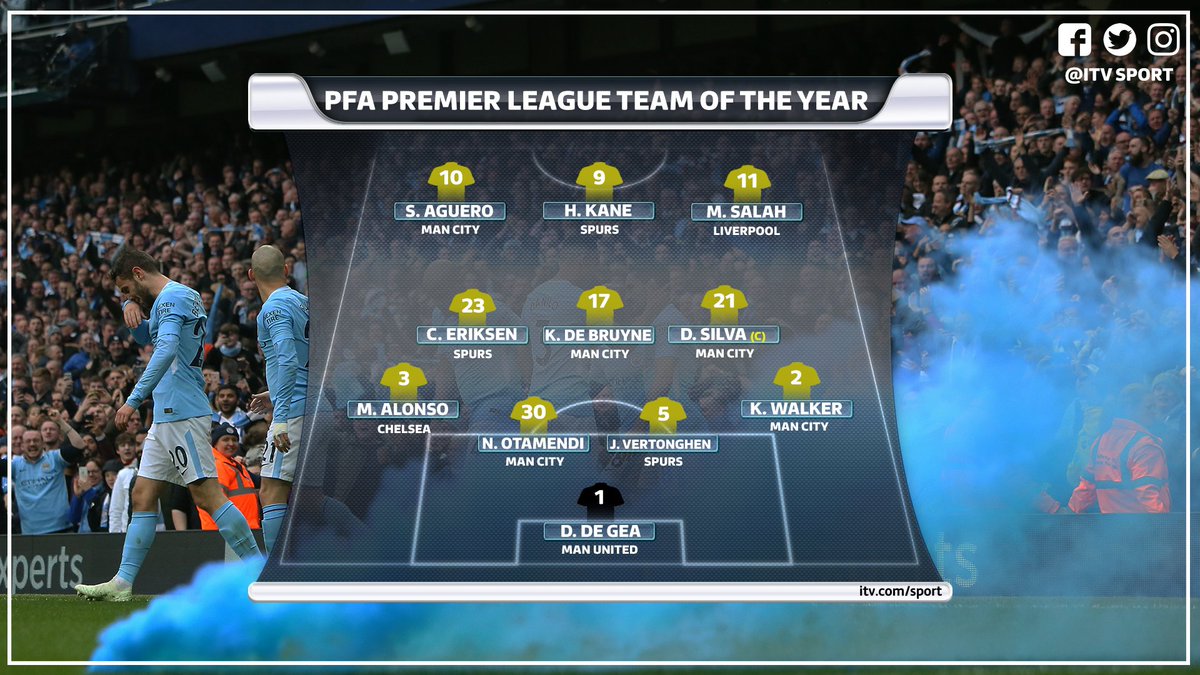 Wolves and Fulham dominate the Professional Footballers' Association's Championship team of the year.

Leaders Wolves, who have already secured promotion to the Premier League, and third-placed Fulham both boast three players each.

The rest of the team is made up of Cardiff defender Sol Bamba, Norwich midfielder James Maddison and forwards, Bobby Reid, Leon Clarke and Matej Vydra of Bristol City, Sheffield United and Derby respectively.