Jurgen Klopp declared Liverpool have made a "big statement" by reaching the semi-finals of the Champions League for the second year in a row.

Three goals in the final half an hour saw Liverpool triumph 4-1 in Porto to seal a 6-1 aggregate win in their quarter-final and set up a last-four meeting with Barcelona.

Barcelona and Lionel Messi now await, and Klopp could not hide his grin as he looked forward to pitting his wits against the Catalan giants - even if he must first focus on Sunday's Premier League game against Cardiff as Liverpool continue to push on two fronts.

"Now we are in the semi-final against Barcelona, I'm really happy that we play them," he said.

"We will find things that we think we can use against them, but I'm not worrying about that tonight.

"Tonight we are in the semi-final but on Sunday we are playing Cardiff. That's in my mind and will be on my mind 100 per cent when I wake up.

"I'm looking forward to it but not tonight. The news that there's a proper football game between Liverpool and Barcelona is really good news and I'm happy for all the people in the football club.

"To be in the semi-final is a big statement. I'm really proud of the boys and what they did."

Porto played on the front foot for most of the night but struggled to turn chances into goals, and the tie was effectively over when Sadio Mane prodded home Liverpool's first chance of the night in the 28th minute. 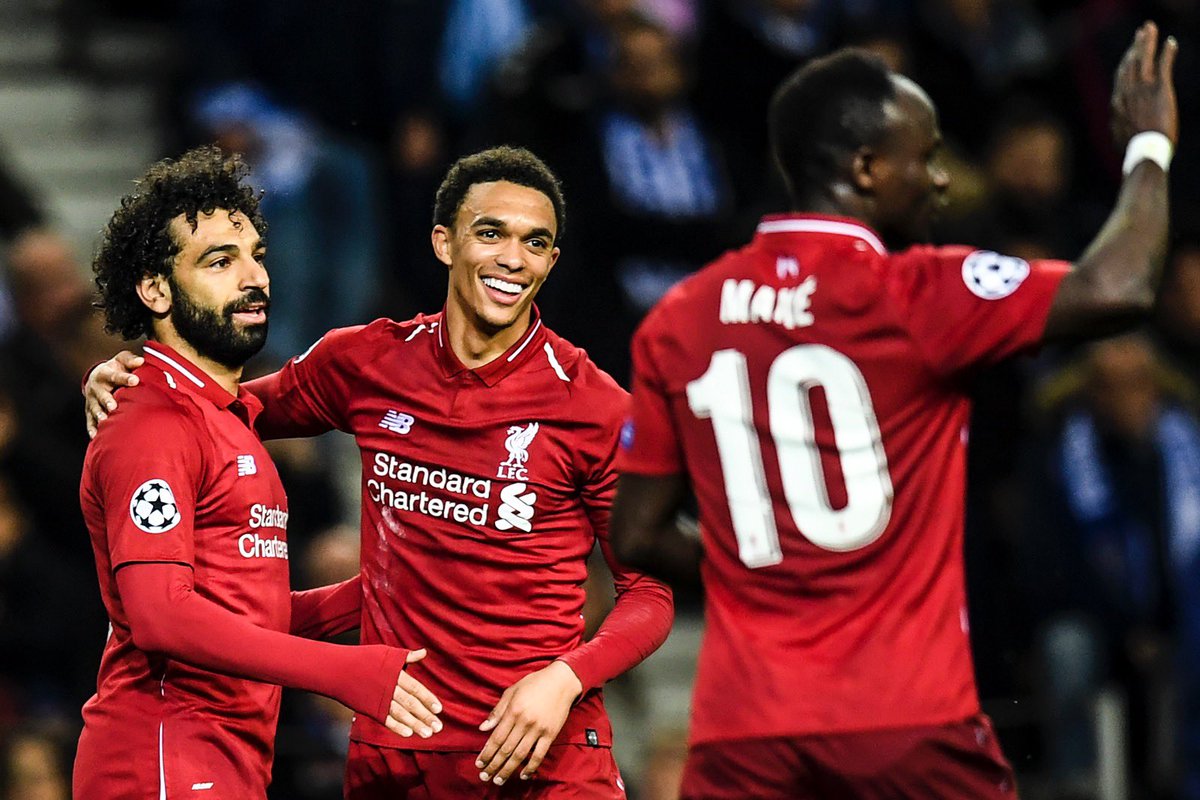 Mohamed Salah doubled the lead in the 65th minute and though Eder Militao headed in for the hosts, further goals from Roberto Firminho and Virgil Van Dijk made for a comfortable Liverpool win.

"We had to defend in the first half a lot, but OK, that's no problem, that's something that we have to do," Klopp said.

"The big difference is that it doesn't cost us confidence. We are under pressure but no problem because we know we will get chances and when we did we scored them."

Klopp admitted the final scoreline flattered his team, even if they rarely looked like having a problem on the night.

"It's not a result that reflects the two games," he said. "At Anfield we were the clear better side, we dominated the game and played a really good game and made life difficult for Porto.

"Tonight it was the other way around, they made our life difficult."

Porto coach Sergio Conceicao was left frustrated by his side's inability to convert in front of goal.

"The players' interpretation of what was asked of them was fantastic," he said through a translator.

"They understood what we wanted. But what we lacked was a goal. Then their goal came from nowhere.

"After that the players were conscious they must score four goals and it was difficult."