Tottenham manager Mauricio Pochettino is still worried about VAR, despite the system sending his side through to the Champions League semi-final.

Spurs edged out Manchester City on away goals after a thrilling night at the Etihad Stadium saw the quarter-final tie end 4-4 on aggregate after City's 4-3 victory.

Unbelievably, five goals in the opening 21 minutes were not the story of the game as the two decisive moments came courtesy of VAR in the final 20 minutes.

First Fernando Llorente's crucial third goal for Spurs, which turned out to be the one to send them through, was allowed to stand after referee Cuneyt Cakir checked footage and ruled that the striker had not handled the ball prior to it hitting his hip and going in.

That drama was nothing compared to what happened in injury time as City thought they scored the goal they needed when Raheem Sterling struck from close range.

The scenes of celebration resembled those that followed Sergio Aguero's famous Premier League title-winning goal in 2012, but the mood soon turned sour as replays showed Aguero was marginally offside in the build-up and it was chalked off.

Spurs' players, who were previously crestfallen on the floor, were now punching the air as City fans were in stunned silence.

Pochettino, whose side conceded a penalty via VAR in last week's first leg, has had misgivings about the review system in the past and they still remain.

"It is difficult after the game to be relaxed or calm. You need to trust in the VAR when it is against or for you.

"The decision to include VAR in football is going to change the game a little bit. I am pro the basis and trying to help the referees and maybe one year ago I was a little bit worried.

"Like the penalty in the first leg or the situation Fernandinho on Harry Kane that the referee can check. 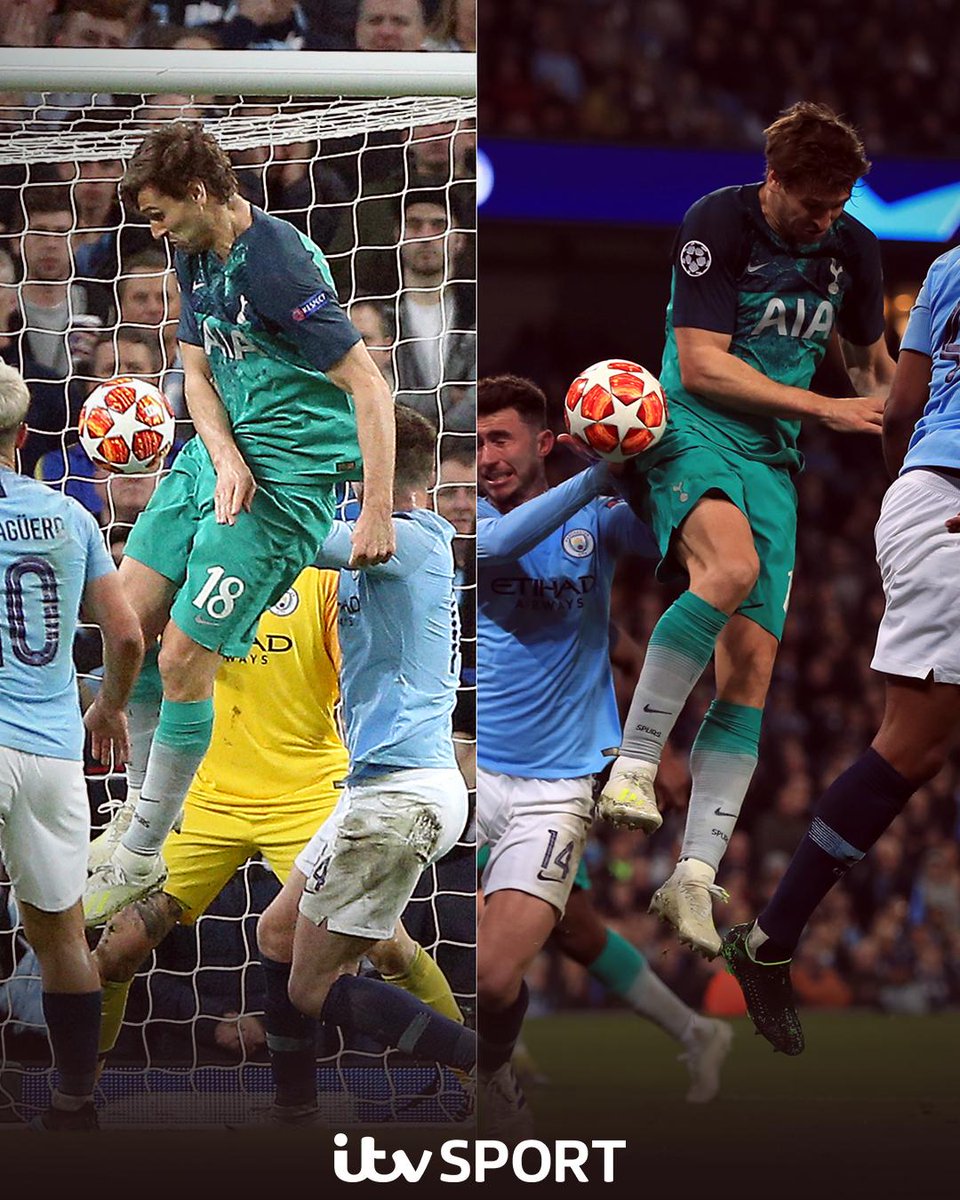 "The situations that are happening in every single game we are watching, like yesterday Barcelona against Manchester United, it was a penalty, not a penalty?"

Manchester City boss Pep Guardiola, who saw his side's quadruple hopes crumble, has been a big advocate of VAR in the past, but questioned the Llorente decision.

"I support VAR," he said. "It is just to see the goal maybe from Llorente's handball.

"From one angle it is handball. From another it is not. I am for fair football.

On Sterling's goal being ruled out, he added: "I don't know, I saw the action and the people decide it is offside, it is offside. What can I say?"