The battle between MPs and the Government on its Brexit policy dominates Sunday morning's papers.

It follows MPs voting by majority to not sign off the PM's Brexit deal until all the relevant framework is in place.

Mr Johnson has now been forced to write a letter to Brussels asking for an extension to the withdrawal process. He did, but refused to sign it.

The Sunday Express leads with "Why won't they let us leave? 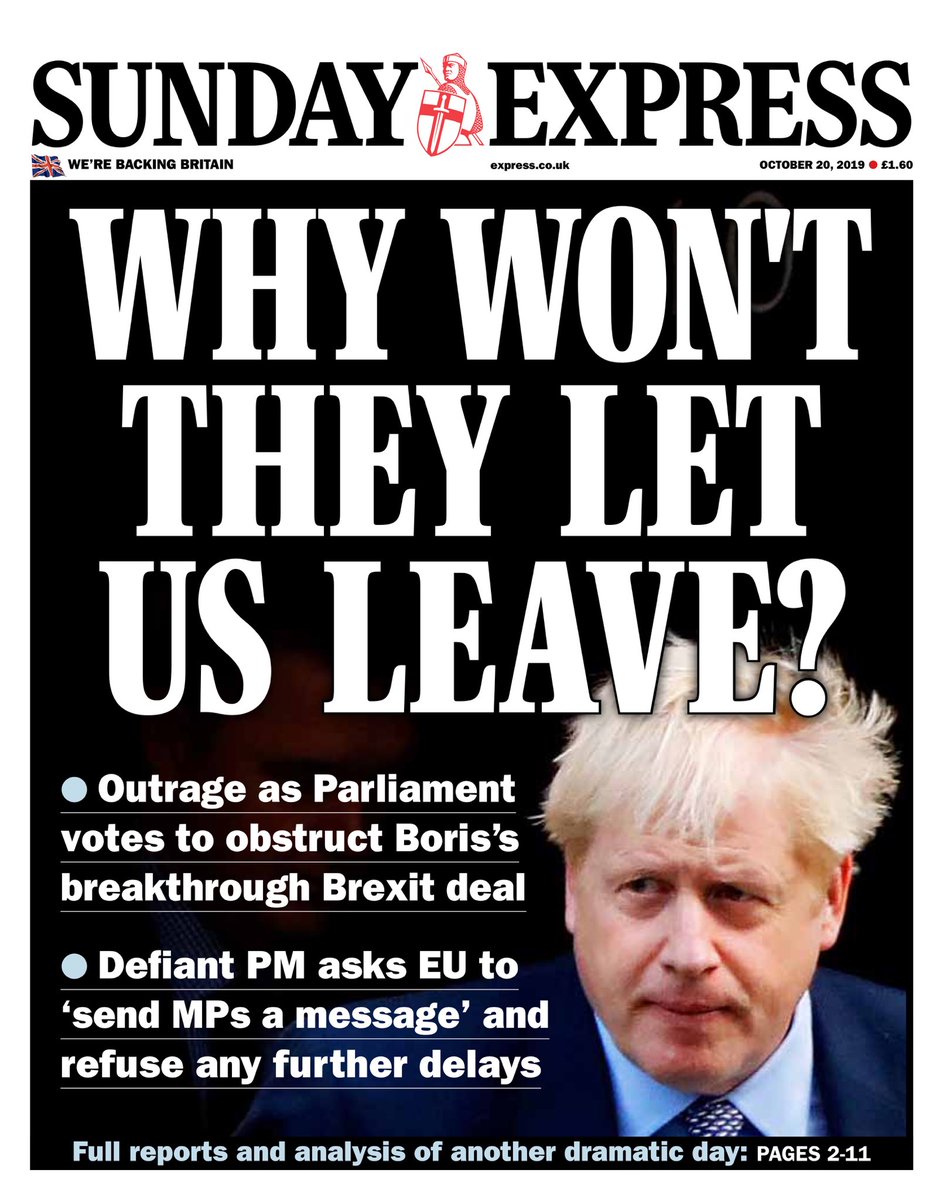 "Johnson refuses to sign Brexit delay letter" is the line from the Sunday Telegraph. 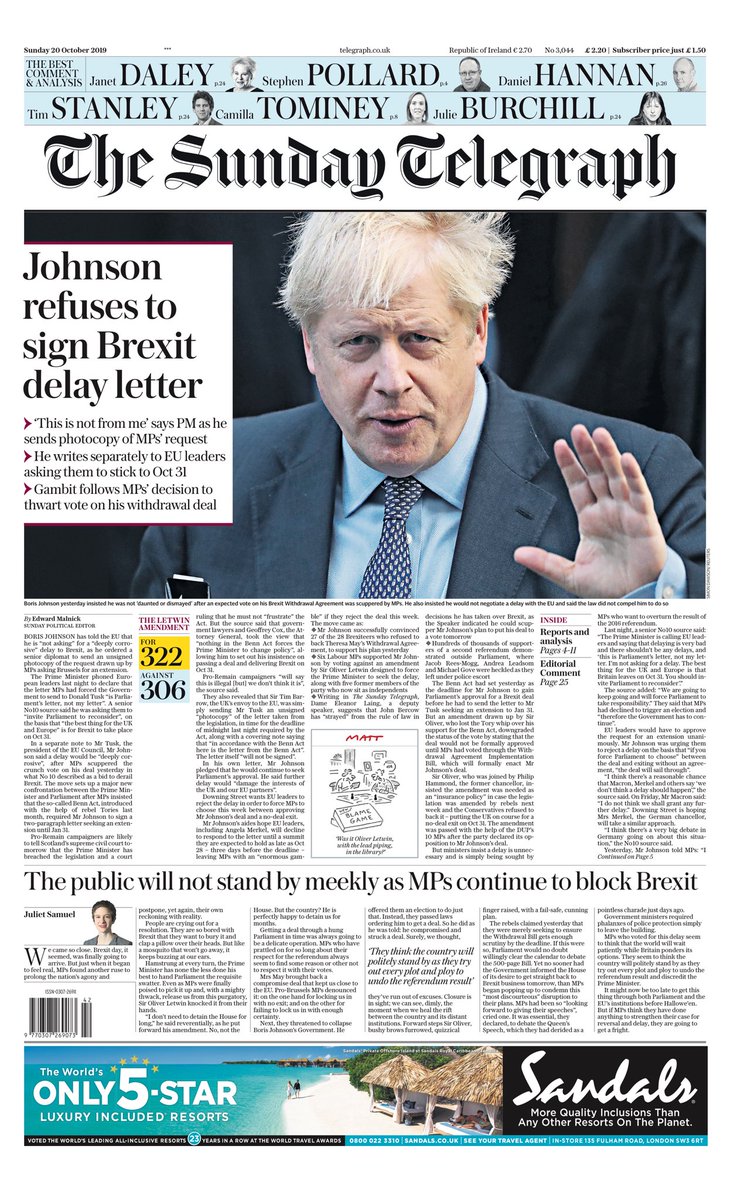 The Sunday Mirror says the PM has been "humiliated" by Saturday's Commons drama.

The Independent focuses on the Peoples' Vote march in Westminster, which organisers say attracted around one million people.

Crowds descended on the square outside Parliament as MP's voted on Sir Oliver Letwin's amendment.

The Mail on Sunday focuses on those is deems responsible for the further delay to the withdrawal process.