Three-time former world champion Peter Sagan will ride in the Giro d'Italia for the first time in his career next year.

The Bora-Hansgrohe rider confirmed the news as organisers announced a back-loaded 3,517 kilometre route for the 103rd edition of the Giro, which will start in Budapest, Hungary on May 9 and finish with an individual time trial in Milan on May 31.

The race begins with a number of flat stages but will head into a decisive final week, which includes the famous Stelvio on stage 18 to Laghi di Cancano and a brutal penultimate stage to a summit finish on the Sestriere, where Chris Froome seized pink in 2018.

Sagan has focused firmly on the Tour de France in his career, winning the green jersey as leader of the points classification in seven of the last eight editions, the exception being 2017 when he was disqualified following a crash with Mark Cavendish on stage four.

The Slovakian intends to compete in both races next summer, despite the short gap between the Giro and the Tour, with the latter starting early because of the Tokyo Olympics.

"I don't think there is any rider that doesn't dream of taking part in the Corsa Rosa, one of the most beautiful and challenging races in the world," Sagan said.

"With the Grande Partenza and the first three stages held in Hungary, next year's Giro d'Italia will also give me the chance to race so close to Slovakia and I'm sure the cheers of the Slovak crowds will be felt along the course."

The Grande Partenza in Budapest will see a short time trial followed by two flat stages offering chances to the sprinters. The race then heads directly for Sicily without a rest day, and begins winding its way north along Italy's Adriatic coast. 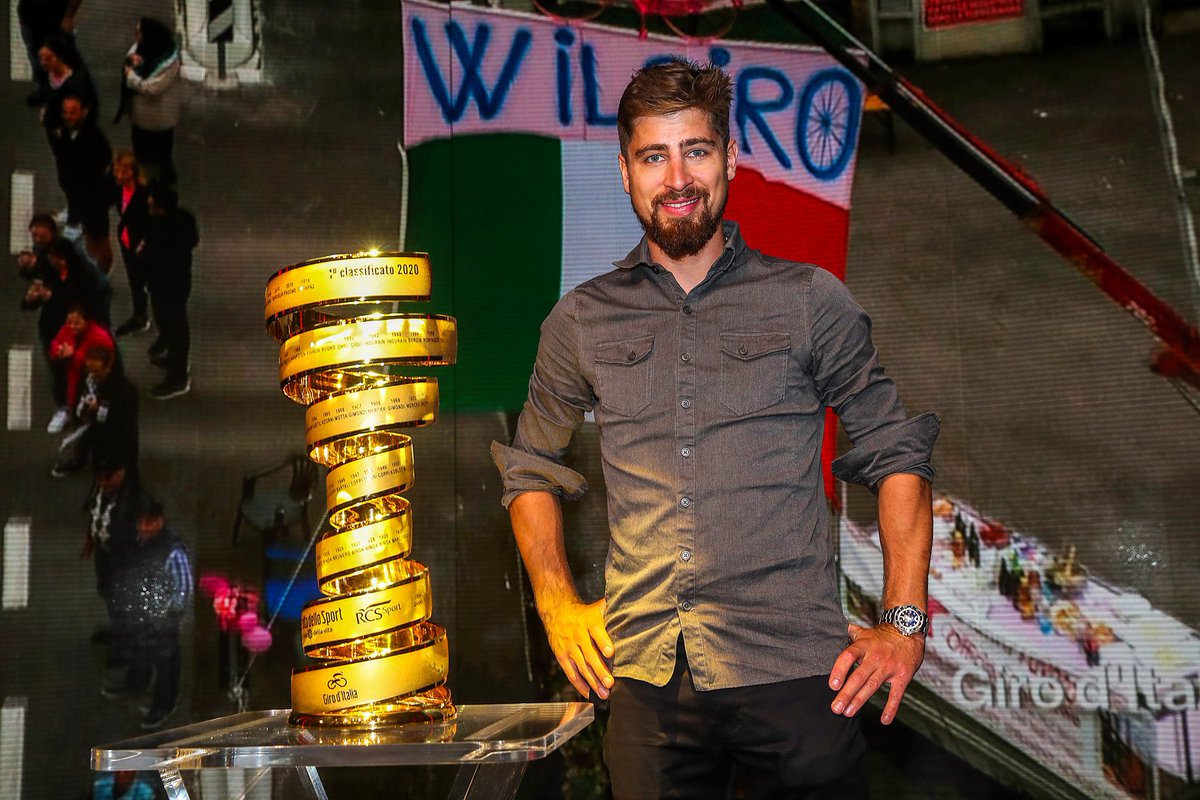 Stage five on Mount Etna will provide an early jolt to the general classification but the real climbing does not begin until the second week when the race heads into Italy's northern mountains.

Organisers said they were minded not to make the parcours too difficult in an Olympic year, but there will be no respite in the third and final week when all three stages given the maximum five-star rating for difficulty take place.

The first is the 202km stage 17 from Bassano del Grappa to the ski resort of Madonna di Campiglio. A day later, the peloton will crest the famed Stelvio on a 209km stage from Pinzolo to Laghi di Cancano.

Then, after a final opportunity for the sprinters in Asti, the biggest test of all comes with a stage 20 to Sestriere including over 5,000m of climbing over the Colle dell'Agnello, Col d'Izoard, and Col de Montgenevre.

Discover the general planimetry of #Giro d'Italia 2020. Save this picture so that you can have the next Giro always… https://t.co/1Lcos9G0vE

However, the battle for pink will not be over until the Milan time trial, where organisers will hope for a dramatic end to rival 2017's Giro, when Tom Dumoulin took pink from Nairo Quintana in a battle against the clock.

Defending champion Richard Carapaz, who is leaving Movistar to join Team Ineos this winter, was among the riders in attendance for the route announcement in Milan and confirmed his intention to race.

With Chris Froome targeting a return from injury in time to ride the Tour, Ineos must still decide where and how to deploy reigning Tour champion Egan Bernal and 2018 winner Geraint Thomas next year.