A front line doctor in Gibraltar has told ITV News that medics are anxious but that planning there has so far paid off, stopping a “tidal wave” of coronavirus cases.

Arghya Gupta, an anaesthetics registrar in the territory, said “the feeling here…is a mix of anxiety relief and feeling reassured".

Dr Gupta went on: “We’ve been preparing here for almost two months now, implementing societal measures – changing the hospital, getting it clear of beds, expanding our ventilator capacity to almost five times what we had before.

“All these little things have been in wait for the tidal wave we see our friends in China, Italy and Spain telling us about.”

Gibraltar shares a border with Spain which has been one of the global hot spots for infections. On Tuesday, Spain had its highest single day death toll with 849 people dying with the virus.

Dr Gupta, speaking after a night-shift on intensive care, said sharing the border “is obviously a concern that has really affected our day-to-day planning”.

“I’m anxious for my staff, colleagues about whether PPE will protect us or not.

“I’m concerned for myself about whether I’ll get sick.”

Gibraltar's COVID-19 statistics for today. Please #StayAtHome unless you absolutely need to go out. https://t.co/H3p4LnzqsQ 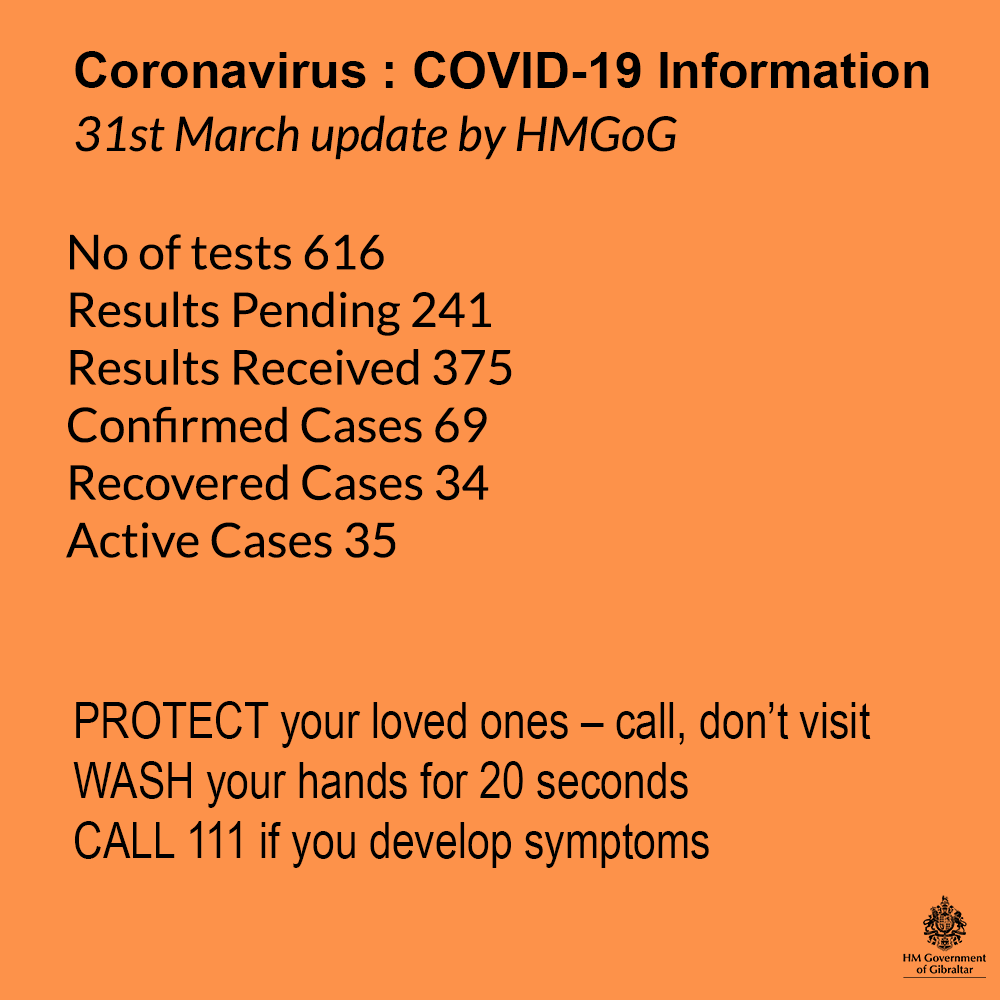 Gibraltar announced on Tuesday that it had 69 confirmed cases of the virus.

Dr Gupta said that he was “reassured being here in Gibraltar”.

“We’ve done what we have done in our hospital, which has been great.

“But we have also implemented the closure of restaurants and bars earlier than most other countries would have in terms of case load and I hope that’s hopefully reaping benefits where we don’t see the huge tidal wave, we just see a trickle of patients.”