Nigel Farage has stepped down as leader of Ukip following last month's vote to leave the European Union, saying he had achieved the aim for which he came into politics.

Mr Farage, 52, is a Euro MP for South East England, which includes Milton Keynes and Buckinghamshire. He has had two stints as leader of the Eurosceptic party since 2006, and announced he was quitting the post after failing to win a Commons seat in the 2015 general election, only to change his mind days later.

The party's only representative in the House of Commons is Douglas Carswell, the MP for Clacton.

Mr Carswell, who has been locked in a bitter feud with Mr Farage, tweeted a smiling emoji as his reaction to the news of the leader's decision to quit.<

Mr Farage said: "I'm pleased that he is smiling because that's not something I have seen very often from him."

He insisted he would "bury the hatchet with anybody" but advised people against putting money on Mr Carswell becoming the next leader.

Earlier Mr Carswell had posted a picture of himself leaning against the Vote Leave battle bus and smiling. 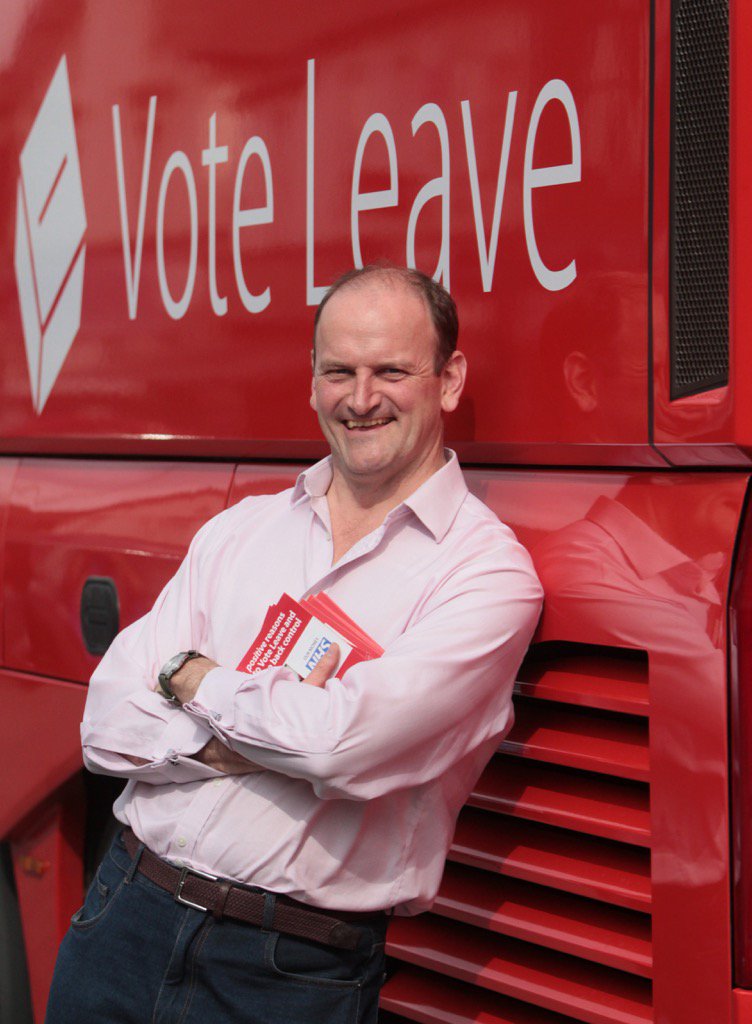 Another MP from the Anglia region has been forthright in his response to Nigel Farage's resignation.

And we want our politics and country back from your appalling brand of braying xenophobia. https://t.co/COtCzpCgEU

And now the decent + principled @douglascarswell can make a proper case for whatever it is UKIP stands for. https://t.co/COtCzpCgEU

Douglas Carswell is the current second favourite to be the new leader of UKIP with bookmakers William Hill although he is thought to have ruled himself out of the race.

Suzanne Evans is the current 7/4 favourite, who make Douglas Carswell 5/2 and Paul Nuttall is 3/1 third favourite.

The East of England UKIP MEPs Tim Aker and Patrick O'Flynn and listed as 10-1 and 20-1 outsiders respectively.

"Suzanne Evans is the current favourite but Douglas Carswell is very much a runner.

"Farage fans might like to know that Mr Farage is 5/1 to return as leader before the end of 2020."