A row has erupted after South Northamptonshire MP and Conservative leadership candidate Andrea Leadsom allegedly told a newspaper that being a mother makes her a better choice to be Prime Minister than her rival Theresa May.

Leadsom was quoted in The Times as saying that being a parent means she has a "very real stake" in Britain's future.

Leadsom has since reacted angrily to the publishing of the article, writing on Twitter that she was "disgusted" and labelling the interview as "despicable and hateful reporting".

Truly appalling and the exact opposite of what I said. I am disgusted. https://t.co/DPFzjNmKie

The interview has made the front page of the newspaper today and also quotes Leadsom as saying that her fellow leadership candidate May must be "really sad" that she doesn't have children herself.

"I am sure Theresa will be really sad she doesn't have children so I don't want this to be 'Andrea has children, Theresa hasn't', because I think that would be really horrible."

May is yet to personally respond to the report, but did post a tweet this morning urging Leadsom to sign up to her 'clean campaign' pledge.

Yesterday, I launched my clean campaign pledge, and invite @andrealeadsom to join me in signing it -TM https://t.co/jaC3hP34N4 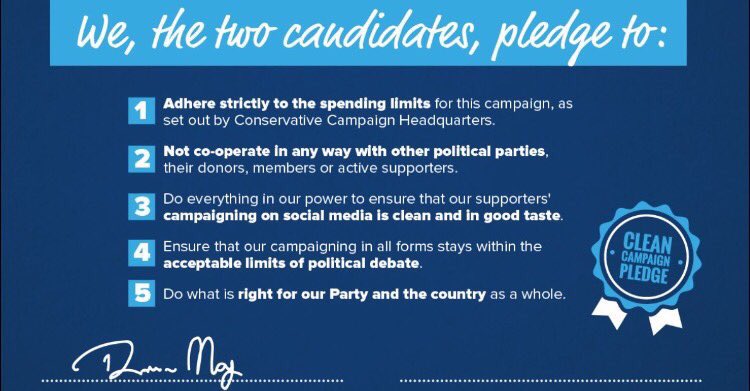 The Times' deputy editor Emma Tucker has tweeted what she claimed was a transcript from the interview in a bid to prove the comments were genuine.