The former coach of Britain's most successful female Olympian today said she had always been a winner - "even as a tiny tot".

Cyclist Laura Trott has become the first British woman to win three Olympic gold medals - and she could still add another.

Laura Trott has won Great Britain's first gold of the Track Cycling World Championships in London with victory in the women's scratch race.

Hertfordshire's two-time Olympic champion put the disappointment of fifth-place in team pursuit qualifying earlier today behind her to win the non-Olympic discipline.

It was Harlow-born Trott's sixth world title and second individual honour. Her only prior individual win was in the omnium at the 2012 World Championships in Melbourne.

Trott had been a team pursuit winner at four successive World Championships from 2011 to 2014 until having to settle for silver 12 months ago.

She can win bronze at best tomorrow in the team pursuit after a disappointing qualifying ride. 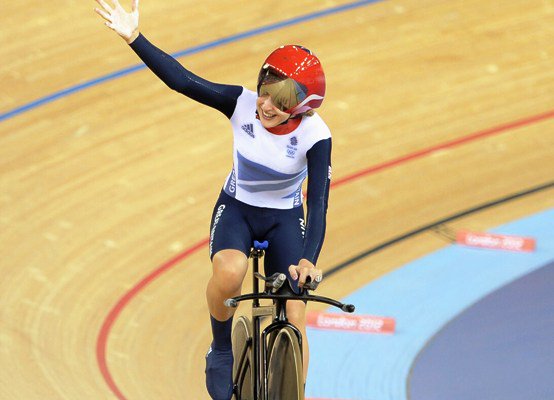 Hertfordshire's double Olympic champion Laura Trott has missed out on a gold medal chance in the women's individual pursuit .

Trott had harboured big hopes of a podium place but was edged into sixth.

Olympic gold medallist Laura Trott has been taken to hospital after falling on day three of the Women's Tour cycle race.

Trott suffered a bad fall on the 56 mile stage from Felixstowe in Suffolk to Clacton-on-Sea in Essex, but completed the course before being taken to hospital for precautionary scans.

Trott later tweeted that she's determined to rejoin her sister Emma in the race, with tomorrow's stage taking place in their home county of Hertfordshire.

It will start in their hometown of Cheshunt and finish in Welwyn Garden City, where the pair began racing.

She tweeted: "Hit the deck today.. Pretty dam hard! Elbow xrayed and all ok! So onto the next stage..

Trott's team boss Rochelle Gilmore told BBC Sport: "It was a nasty crash. She was actually shaking, she looked a little bit pale and it was a bit scary.

"Laura rode to the finish with a group just behind the main peloton, but when she came in I have never seen anyone in so much pain.

The Olympic champion takes part in the team pursuit. The race takes place at around 1120pm our time.

The national track cycling championships get underway in Manchester today.

Among the competitors will be double Olympic gold medallist, Laura Trott, from Hertfordshire.

She is one of several of Team GB's Olympic heroes to compete at the velodrome.

Now she was one of the star's of the Olympics, winning double Gold in cycling, and today Laura Trott was back at the Essex hospital where she was born to open a new Neonatal Intensive Care Unit..