The South of Scotland and Cumbria are braced for further flooding with more rain forecast through Saturday night and the early hours of Sunday.

Flood alerts remain in place for Saturday evening as drainage systems struggle to deal with several hours of driving rain following a soggy start to the month.

Forecasters confirmed yesterday that a weather station at Dundrennan, near Kirkcudbright, had seen as much rainfall in nine days as would normally be expected for the whole of August. 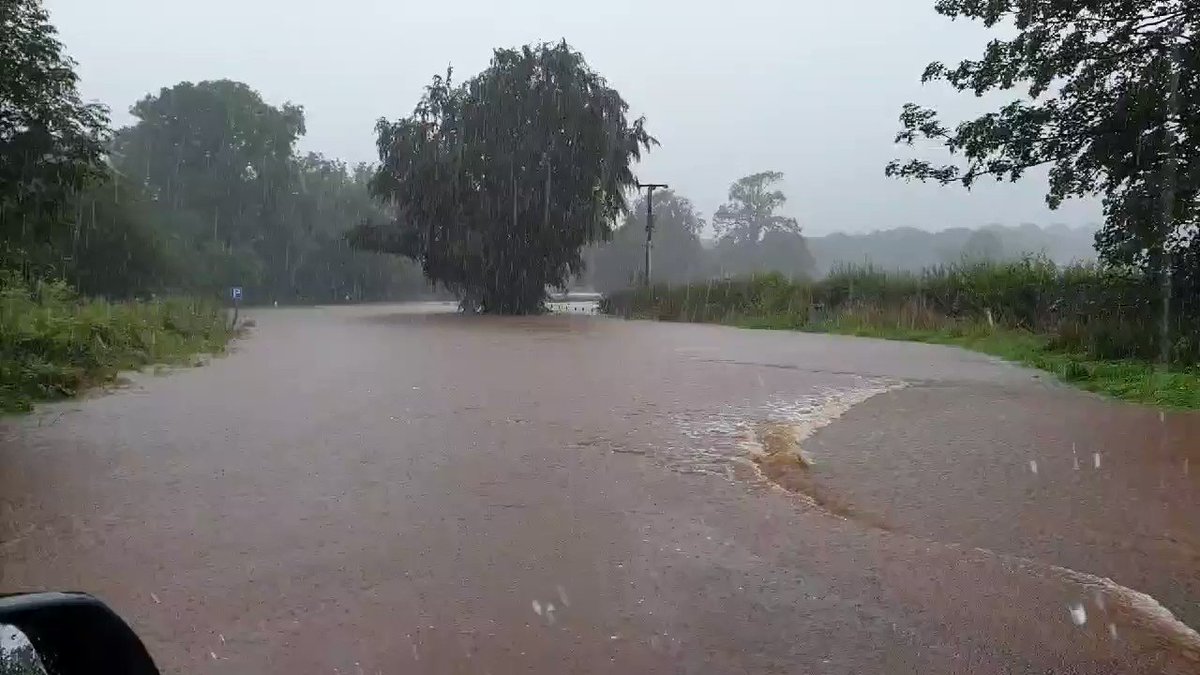 Rail and road travel were severely affected over lunchtime on Saturday with delays on the West Coast mainline due to flooding. Two lanes of the main arterial route over the border, the A74(M) were closed for a time between Eaglesfield and Kirkpatrick Fleming causing a significant build-up of traffic. A landslip closed the A7 south of Langholm, whilst the B722 near Eaglesfield was completely shut by Police after becoming submerged.

On social media, Police Scotland urged drivers in the Annandale area to consider whether their journey was necessary.

Carlisle Lake District Airport was also affected when the runway became flooded following a downpour. All flights had to be diverted to Newcastle International Airport.

In Kirkcudbright, several businesses based near the harbour were flooded after storm waters backed up causing sewerage to swamp a beauty salon, art gallery and bespoke stationary firm.

Two local fire engines were brought in to pump water away and the adjacent road was closed for a time. Annette Russell, owner of the Harbour Beauty and Fitness Studio said a second flood in the space of a week had left her nine staff "devastated" as they prepared to call in specialist deep cleaners again.

Blocked drains forced water up through the street in the village of Glencaple, near Dumfries, leaving significant damage. Meanwhile, extensive flooding and a landslip saw passage of the A710 between Dumfries and Southerness very tricky at times.

The Met Office has issued a yellow weather warning for thunderstorms across the whole of our region. It is in place overnight and into Sunday.