Rory Stewart has held Penrith & The Border for the Conservatives, with a comfortable majority.

The Conservatives have won the Berwickshire, Roxburgh & Selkirk seat from the SNP.

John Lamont, who came close in the previous two General Elections, beat Calum Kerr to claim it at the fourth attempt.

There was a nail-biting finish to the count, with news of a recount suggesting Mr Farron's majority had been seriously damaged.

The Conservatives have held Copeland, Trudy Harrison keeping the seat she won in February.

Result ready but we don't have the labour candidate so it can't be declared. Trudy Harrison entered with smiles.

The result in Copeland is set to be announced.

Turnout has dropped by nearly four per cent in Dumfriesshire, Clydesdale & Tweeddale.

Recount in the Westmorland and Lonsdale count where @timfarron is standing...some people are predicting it will be close. 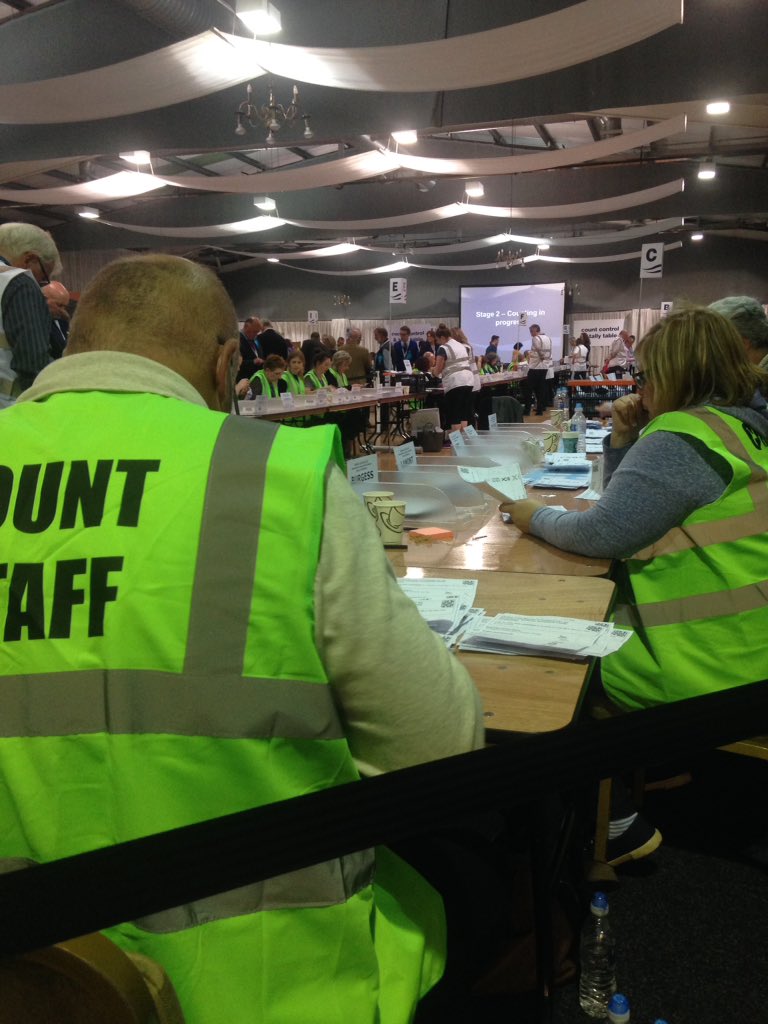 Voter turnout in Dumfries & Galloway is down on the 2015 General Election.

69.6 per cent of those eligible cast their ballots compared to 75.2 per cent two years ago.