Thousands of people are visiting the Lake District this weekend, for the annual Big Chill Swim event.

Hundreds of people are taking place in a swimming regatta in the Lake District.

More than 1,000, from all around the world, have signed up for the Big Chillswim, at Windermere this weekend, and it's now underway: 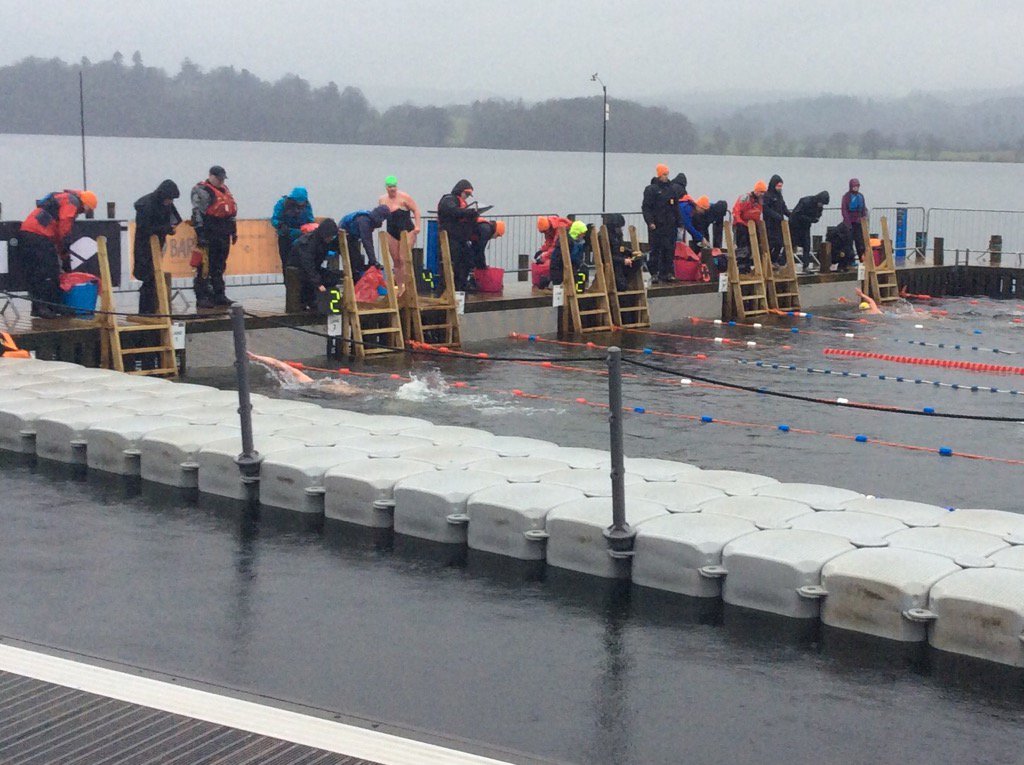 More than 1,000 people are set to brave the cold by swimming in Windermere this weekend.

The Big Chillswim Winter Swimming Gala attracts competitive swimmers from countries including Australia, the USA and Russia, and is billed as a major boost for tourism in the Lake District.

The success of the Chillswim is having a hugely beneficial effect on local tourism at a time of year when visitor numbers are generally relatively lower."

The swimming races began at 9am this morning, and finish at 5pm this afternoon, before a prize giving ceremony.

They resume at 9am on Sunday morning.

We have seen a dramatic rise in competitors since the event started in 2013, about 250 swimmers back then to over a thousand this year. And it's even more gratifying to see swimmers from all over the UK and Ireland joined by so many international contenders, all of which has helped us secure World Cup status.

With the stunning Langdale Pikes as a backdrop, I can't think of a better or more scenic venue for an exciting weekend of highly competitive swimming. We hope that local people will flock to the shores of Lake Windermere to support the event and cheer the swimmers on throughout the weekend."