Junior doctors in Cumbria are striking for the second day - the first all out strike in the history of the NHS.

Dozens of outpatient appointments have been cancelled in the north of the county, while in South Cumbria some routine operations have been postponed.

Junior doctors in Cumbria are in the midst of a two-day strike. They say the new contract will put doctors off working in the county.

Nicola Sturgeon has penned her response to the junior doctors contract in an open letter to David Cameron.

It highlights that The Royal Collages based in Scotland are concerned that the decision to impose the junior doctor contract risks the retention of world-class medical workforce throughout the UK.

The letter ends with a plea to Cameron, to reconsider the current position and return to negotiations with the BMA.

Health secretary has denied stopping strike action by junior doctors is "in his hands", accusing the British Medical Association of trying to "blackmail" the government.

Jeremy Hunt asked on BBC Breakfast: "Is it proportionate, or appropriate to withdraw emergency care?"

The Health Secretary said: "It was the first page of our manifesto that we'd have a seven-day NHS.

"I don't think any union has the right to blackmail the Government, to force the Government to abandon a manifesto promise that the British people have voted on."

‘We continue to urge the Secretary of State to put patient care before political dogma’ #juniorcontract https://t.co/zTTlVRhgtG 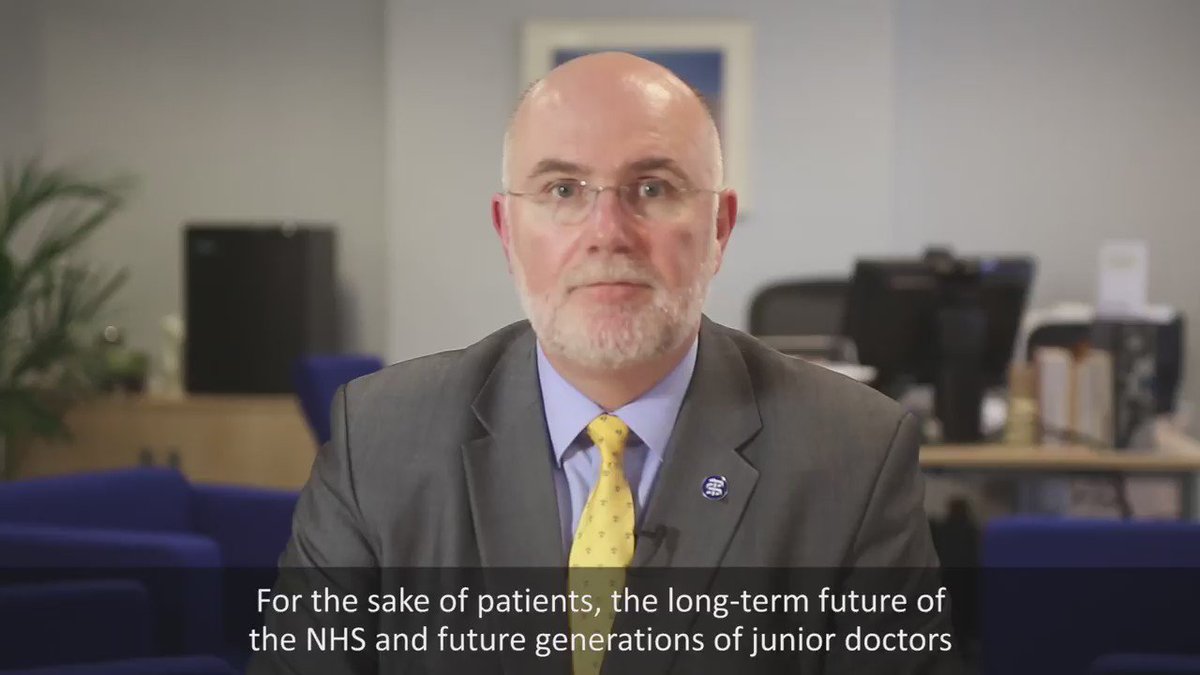 9.50am: The Health Secretary must put patient care before political dogma, the chairman of the British Medical Association said.

In a video posted online, Mark Porter said this was needed for the long-term future of the NHS and the future of junior doctors.

Union leaders have said junior doctors will not be held responsible for any deaths as as a result of today's all-out strike.

A letter on the British Medical Association website says it is down to employers to ensure patient safety and not individual medics.

Thousands of junior doctors have staged a two-day walkout starting from 8am and 5pm on Tuesday and Wednesday.

Striking junior doctors have formed a picket line outside the Cumberland Infirmary, as they begin a two-day full-withdrawal of labour in protest against a new contract.

The upcoming junior doctors' strike "risks the safety of many patients", the Health Secretary has claimed.

The head of the BMA has defended the decision for junior doctors to go ahead with a two-day strike over the imposition of a new contract, saying the government "utterly refuses to listen to the concerns of junior doctors".

Dr Mark Porter said as long as the government planned to impose the disputed contract, "industrial action will have to be mounted".

He also reiterated that there will be a full emergency service in place while strike action takes place on Tuesday and Wednesday.

Hospital managers in Dumfries and Galloway are not expecting the junior doctors' strike in England to impact on services in the south of Scotland.

NHS Dumfries and Galloway say they do not expect any overspill of patients from Cumbria, where around 80 appointments have been cancelled.