The Environment Agency is opening a public consultation on waste and discharge permit changes at Sellafield.

The Environment Agency are investigating after scores of a rare crayfish species were found dead in an Eden beck, in Cumbria.

Residents in Cumbria are being asked for their opinions on the best ways to spend government funding on flood prevention in the county.

Wintry showers throughout Christmas Day have spurred a number of alerts and one warning for flooding in Cumbria today.

Motorists are advised to take extra care as surface water is expected to form on some roads. Visit the Cumbria Police and Copeland Police Twitter pages to see which roads are affected.

Major work could be carried out on two west coast mainline bridges in Carlisle in an attempt to reduce the risk of more flooding.

It is one of more than a hundred options being made public at a drop in session in the city this evening, Tuesday 4 July.

The Environment Agency says only in 2018 will any final decision be taken.

The Environment Agency are inviting people to share flood protection ideas but many some residents say they just want flood defences built.

As Cumbrians prepare for another winter, the Environment Agency is continuing to repair damage caused by last December's floods.

The Environment Agency say the number of inspections they've carried out since the flooding in December has hit the 20,000 mark.

The floods which tore through various parts of Cumbria caused widespread devastation to land, bridges, roads, railways and houses.

The EA has now set a target of 650 repairs which have to be completed by August. 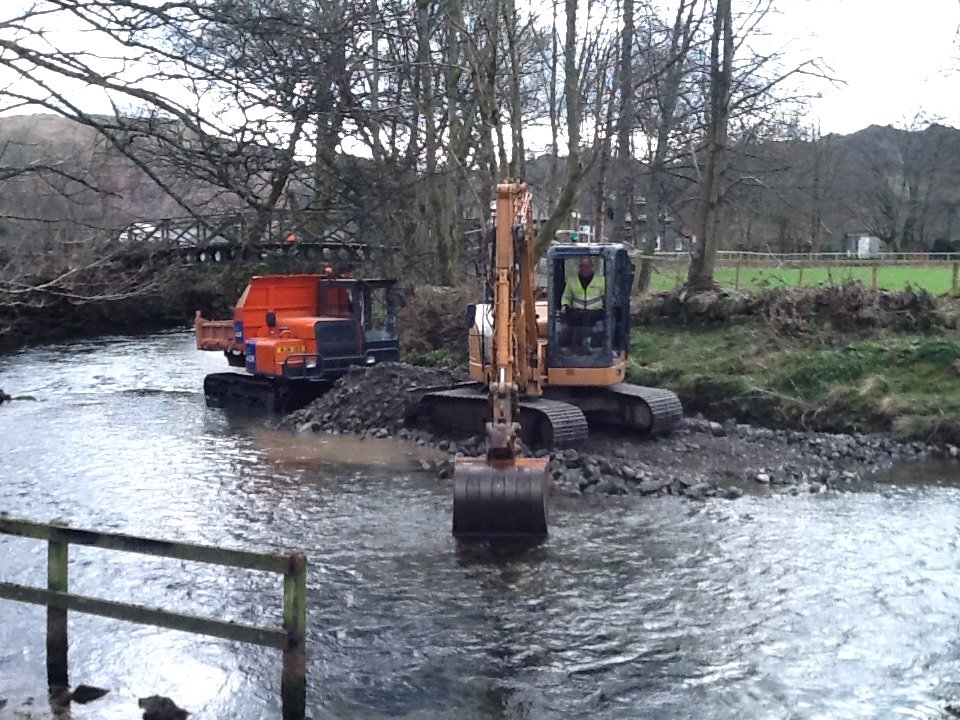 Kendal Town Council is calling for a bypass after the town's traffic has been badly affected by the closure of a bridge after the floods.

Environment Agency chairman Sir Philip Dilley has quit after coming under fire for not returning from a family holiday in Barbados during the recent floods.

He said the decision to resign was because "expectations of the role have expanded to require the chairman to be available at short notice throughout the year", something he felt was "inappropriate".

He insisted he was "well qualified" to carry out the role but media scrutiny on him was "diverting attention" from efforts to help those affected by flooding.

In his resignation statement he said: "I want to be clear that I have not made any untrue or misleading statements, apart from approving the statement about my location over Christmas that in hindsight could have been clearer."

Responding to the resignation, Liberal Democrats Leader and Cumbrian MP Tim Farron said Mr Dilley should have joined his staff and been working over the Christmas break.

“Many staff gave up their Christmas Eve, Christmas Day and New Year’s Eve. Their boss should have joined them. It seemed to many that this organisation was bereft of its formal leadership when it was most needed.