Dumfries and Galloway reporter Bruce McKenzie gives his take on the battle Stranraer face to haul themselves from the bottom of the table.

Dutch football club, FC Twente, will be playing against south of Scotland team, Stranraer FC, in a friendly match for fans.

He began his career as a manager at Cumnock Juniors in 2009, taking over from former Stranraer boss Campbell Money.

Farrell then went on to become assistant manager at Stair Park between December 2012 and May 2015 and played for the club during the 1994/95 season.

For the past year and a half, Farrell has been assisting Stevie Aitken at Dumbarton.

Farrell will be in the Dumbarton dugout for the visit of Queen of the South, before officially starting on Monday with Stranraer FC and` meeting the players on Tuesday evening at training.

Stranraer FC and manager Brian Reid parted company last night, 48 hours after the club plunged to the bottom of Division 1.

After a meeting and discussion this evening, Stranraer FC can announce that manager Brian Reid has left the club by mutual consent.

The club would like to thank Brian for all his endeavours over the past 20 months and wish him well for the future.

Brian expressed his gratitude to the club for the opportunity to take the manager's job and was disappointed that the team weren't able to build on last seasons run to the play-off final and wished Stranraer FC every success in the future."

In their last game on Saturday, Stranraer lost 1-0 to Stenhousemuir who leapfrogged them and the Blues are now at the bottom of the league.

The 46-year-old previously worked for Coventry City as a coach and before that he was manager at Conference side, Nuneaton Town which followed a spell in the Phillipines as Coach/Manager of Global FC and also the under 23 International side.

Reid also had a successful five years as manager of Ayr United where he took them to promotion twice and also to the quarter finals of the Scottish Cup and the Semi Final of the League Cup in 2012.

During his playing career Reid was with numerous clubs including 66 appearances for Queen of the South, more than 100 in two spells with Morton and 42 with Blackpool.

Stranraer's play-off final against Ayr United was goalless after 30 minutes of extra time.

Stranraer scored one of their penalties, while Ayr netted three. They won 3-1 on aggregate.

The League 1 play-off final between Stranraer and Ayr has gone to extra time. 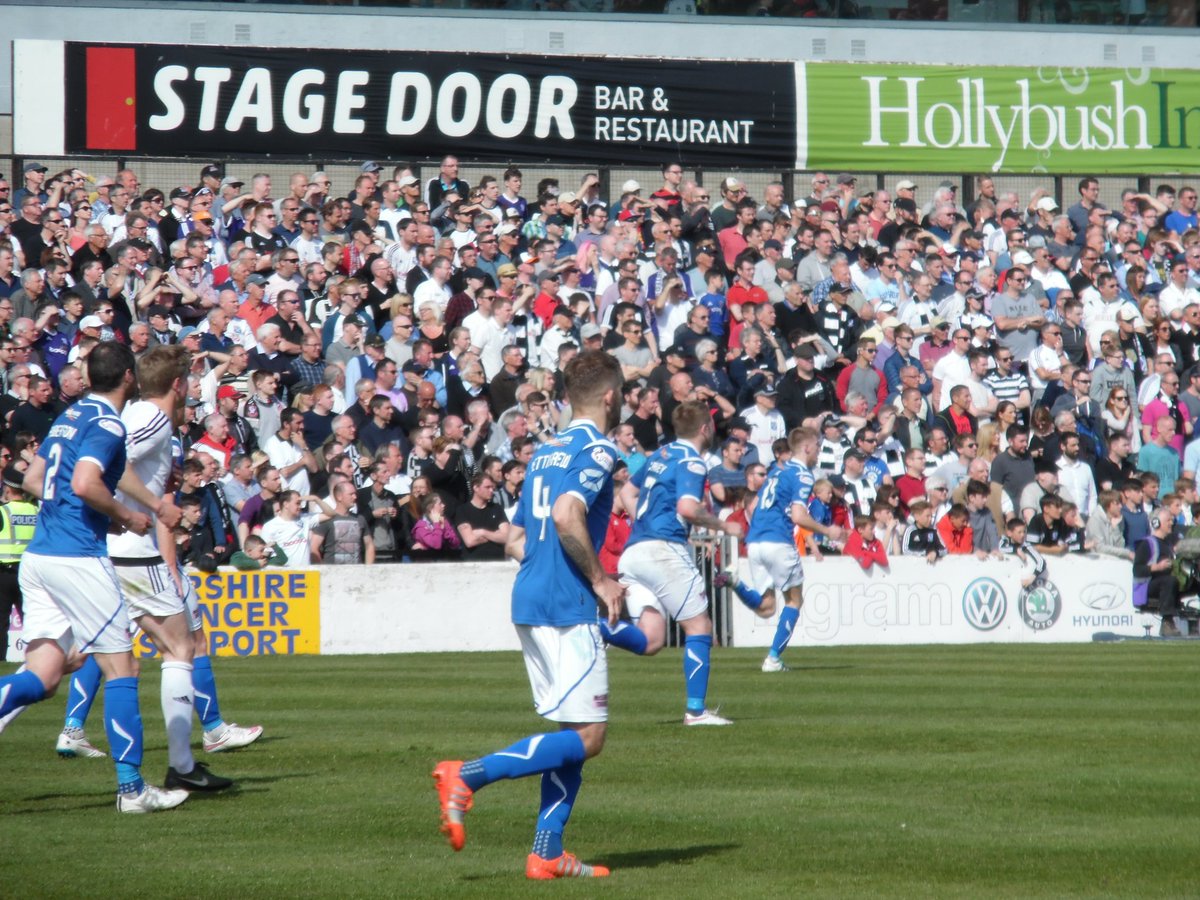 Stranraer dominated the first leg of their Championship playoff final, but had to settle for a 1 - 1 draw after Ayr equalised in the 94th minute.

Blues Manager Brian Reid says he regrets his team's missed chances, but that the tie is still very much open.

We could have had a comfier lead. We had a couple of great chances to make it two or three but it wasn't to be and to lose a goal in the manner we did is obviously disappointing.

But nothing is won or lost tonight anyway. Even if we'd have gone up there with a one goal head start it was still going to be a difficult game so, it has now just become a one off cup final, and one that we are looking forward to.

Stranraer have drawn the first leg of their Scottish Championship playoff final 1 - 1 at home against Ayr United.

The Blues took the lead, but Ayr equalised in the 94th minute.

The return leg will take place in Ayr this Sunday.

Stranraer FC are preparing for one of the most important games in the club's history.

They take on Ayr United this evening, in the first leg of the Scottish Championship playoff final.

The second leg is away in Ayr on Sunday.

Manager Brian Reid says all the pressure will be on Stranraer's opponents in tonight's play-off clash.

The Blues welcome Livingston to Stair Park for the first leg of their Championship Play-off semi-final (kick-off 7:45pm).

Livingston finished ninth in the Championship last season - five places above Stranraer in the Scottish football pyramid, so Reid believes it will be the visitors instead of his players feeling the heat.