Tributes are being paid to the former editor of The Dalesman magazine, Bill Mitchell, who has died at the age of 87.

The prolific author, journalist and historian, who chronicled the life of the Yorkshire Dales for more than 70 years, died peacefully at Airedale Hospital on Wednesday night. 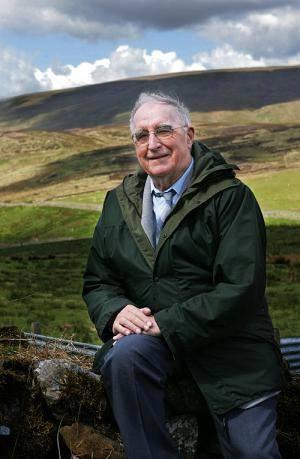 In the course of more 170 books and thousands of interviews and articles he produced an unrivalled record of the life of the Yorkshire Dales in the second half of the twentieth century.

In 1968 Mitchell became editor of The Dalesman, a post he held until his retirement in 1986. Yorkshire Television marked his retirement with a programme about his life.

He was recognised in 1996 with an MBE from the Queen and an Honorary Doctorate of Letters from the University of Bradford. In 2009, he was named the Yorkshire Dales National Park's greatest living cultural icon.

He had started as a reporter on the Craven Herald in 1943, but his journalism career was halted for two years when he served with the Royal Navy.

After the war, he returned to the newspaper and in 1948, joined The Dalesman. The magazine’s founder, Harry Scott, told him " We are more interested in people than things,' which Mitchell later said ‘ruled my life as a journalist."

“At first, I scribbled down what people told me using Mr Pitman’s type of shorthand. Words were made up of lines, dots and dashes—a tiring process.”

Then he turned to the tape recorder and recorded hundreds of hours of interviews with Dales folk.

“With a small tape recorder, I was able to concentrate entirely on the subject. My first tape recorder was bulky and conspicuous. I eventually used a small recorder. The subject of my interview soon forgot about it.”