There's been widespread condemnation of a homophobic attack on two actresses, as they made their way to a theatre in Southampton.

Lucy Jane Parkinson from Rotherham in South Yorkshire and Rebecca Banatvala were targeted in the street.

They were so shaken by the incident on Hill Lane on Saturday, that two performances had to be cancelled.

The women, had been due to star in the acclaimed play Rotterdam, which tells the story of a young gay women, at the NST Campus theatre in Southampton.

A statement from the show's production company, Hartshorn-Hook, said the two actors were left "hugely shaken from this cowardly, homophobic hate crime".

It said after verbally assaulting the pair, the assailants threw stones towards them from a car window on Hill Lane.

One of the women was slightly injured when she was struck on the face by a stone.

"The attack happened because we were embracing...our community should not have to tolerate this. This is why we have Pride."

Hampshire police said it had received a report of homophobic abuse.

Hartshorn-Hook, said they regretted having to cancel two performances: 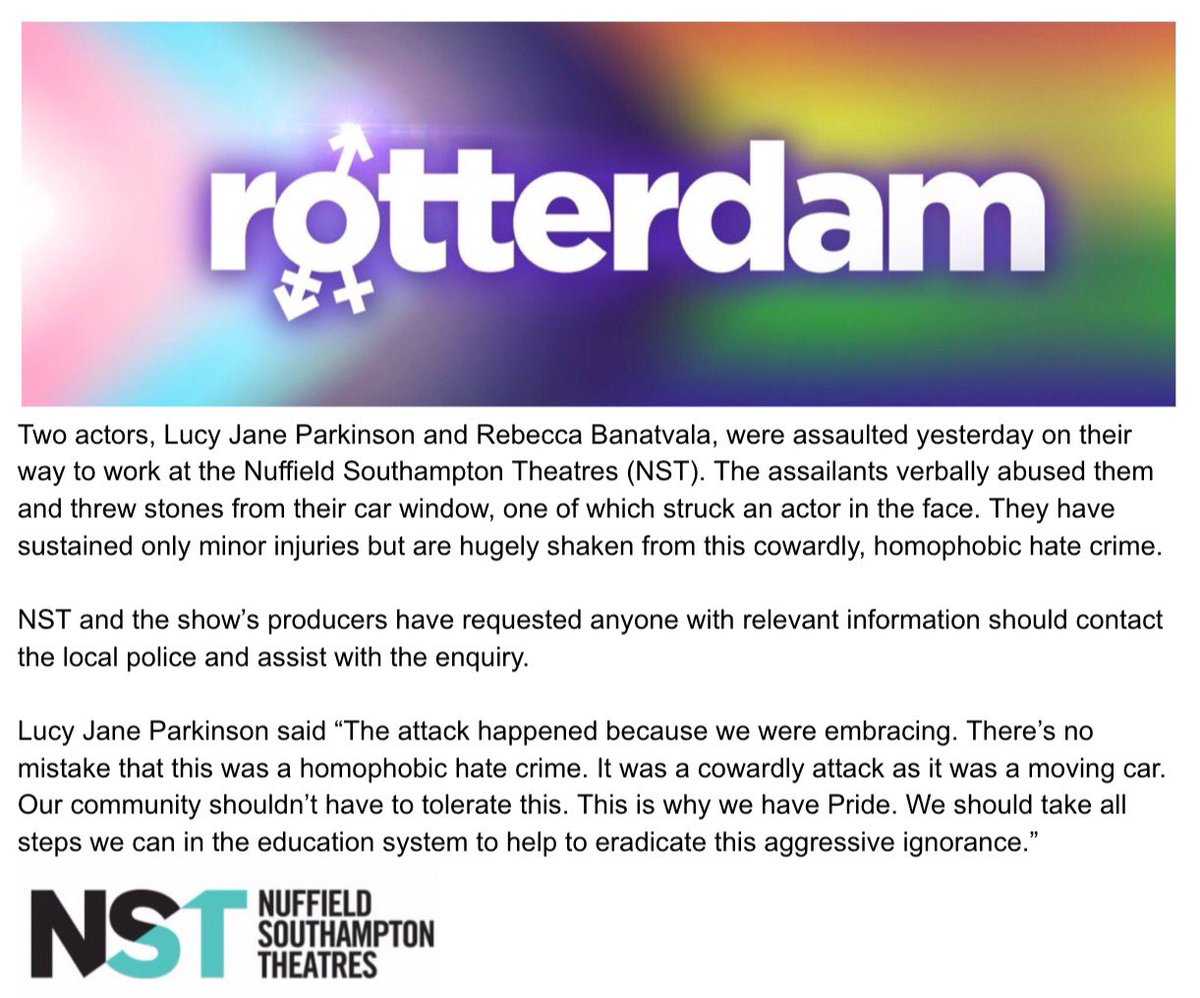 The incident drew parallels with a homophobic attack on a London bus a few days ago. Two women were pictured covered in blood after a gang of men allegedly assaulted them when they refused to kiss.

We have received a report from a third party relating to an incident which happened on Hill Lane, Southampton.

"It has been reported that homophobic abuse was shouted at two women, and stones thrown at them, by the occupants of a passing car.

The matter is under investigation."

The show is due to continue its UK tour tomorrow at the Devonshire Park Theatre in Eastbourne.