Leeds United unveiled Uwe Rosler as their new head coach at a news conference this afternoon. The problem is, they already had one! Neil Redfearn is still contracted to the club until the end of June, but that hasn't stopped controversial Italian owner Massimo Cellino employing his fifth head coach since buying Leeds last April. There is flash photography right from the start in this report by Chris Dawkes.

Leeds United will appoint a new head of recruitment with experience of the English game, director Adam Pearson has said.

The club is also looking for an assistant manager, along with a first-team coach to assist new head coach Uwe Rosler.

Rosler told reporters that he would like to work with a sporting director, adding: "It's coming more and more into English football."

The former Brentford and Wigan manager put pen-to-paper on a two-year deal at Elland Road today.

The German coach has also paid tribute to his predecessor Neil Redfearn, and said he believe it is possible to work with owner Massimo Cellino.

Rosler is the club's fifth head coach in under a year.

There is a core of players with their best years in front of them, there is great potential.

Neil left a very solid foundation. This club has to be ambitious but expectations have to be realistic.

"I'm not suicidal. I wouldn't have come here if I didn't think we could work together.

The glass is half full, not half empty. That's my philosophy.

Neil Redfearn has been offered a return to the role of academy coach at Leeds United, club director Adam Pearson has said.

Confirming the appointment of Uwe Rosler as head coach, Pearson said the club is waiting for Redfearn's response to the offer.

New Leeds boss Uwe Rosler says he is delighted to have been appointed as head coach.

I'm very happy. It doesn't get bigger than this. This opportunity came up at short notice and it was a no brainer.

I'm head coach. I'll be responsible for tactical approach, picking the team. I'll have an input in who comes in and who goes out.

CONFIRMED: We are pleased to announce Uwe Rosler has been appointed as the new #lufc head coach on a two-year deal. http://t.co/VHhBK3b4We 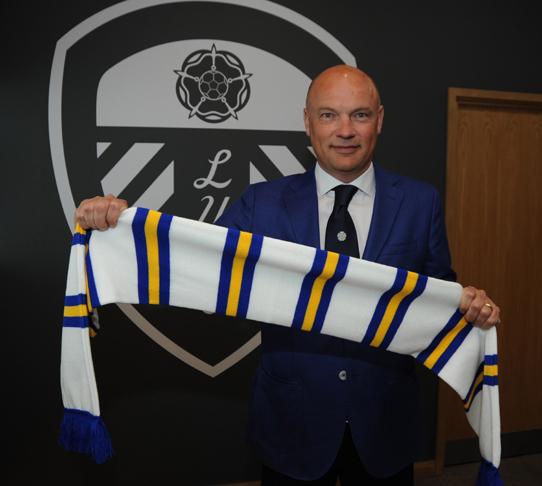 The former Wigan and Brentford boss has signed a two-year deal at Elland Road.

He is the club's fifth coach in under a year.

The former Brentford and Wigan boss will be presented to the media at a press conference later today.

Rosler will replace Neil Redfearn who Leeds owner Massimo Cellino described as 'a baby' earlier in the week.

Leeds United have called a press conference for this afternoon to unveil their new head coach.

A statement said that club director Adam Pearson will present Neil Redfearn's replacement to the media.

Redfearn's future has been up in the air since owner Massimo Cellino's press conference earlier in the season, where he revealed he had doubts about the coach's credentials.

According to reports, former Brentford and Wigan boss Uwe Rosler will be the new head coach.