A team of cyclists riding from London to Rio de Janeiro in tribute to the late Jane Tomlinson have completed their near 3,000 mile challenge

A team of five cyclists, led by Mike Tomlinson, has left the Olympic Park in London on a 3000 mile ride to Rio for charity.

A team of five cyclists, led by Mike Tomlinson, has left the Olympic Park in London on a 3000 mile ride to Rio.

They will get there in time for the opening ceremony of the 2016 games in Brazil.

It is almost ten years to the day since Mike's wife Jane began her most gruelling sporting challenge to ride across America. She died just a few months after completing the journey after a long battle with cancer.

Since then her family has continued fundraising in her name and collected millions of pounds.

They are hoping to raise thousands from this challenge, by riding up to 90 miles a day. But for Mike Tomlinson it is more than that.

He said today: "This is very personal for me. Jane was dying when she was riding across America so what excuse have I got not to complete this challenge to Rio".

The team, which includes tv presenter Charlie Webster from Sheffield and former rugby league player Paul Highton is due to complete the journey in 6 weeks. 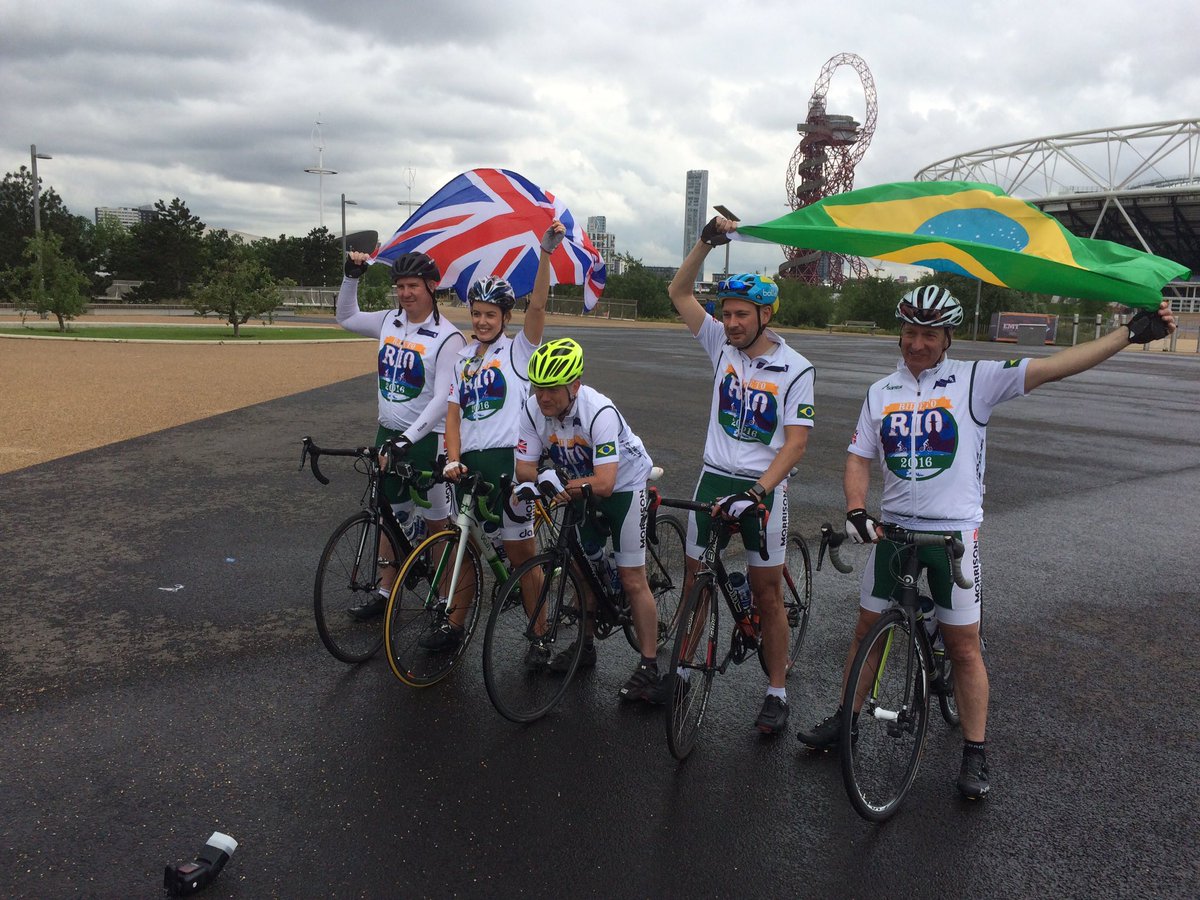 Mike Tomlinson, the husband of the inspirational fundraiser Jane Tomlinson, will begin his ride from London to Rio challenge this morning.