Bailey Matthews from Doncaster has returned to the event that made him famous one year ago. 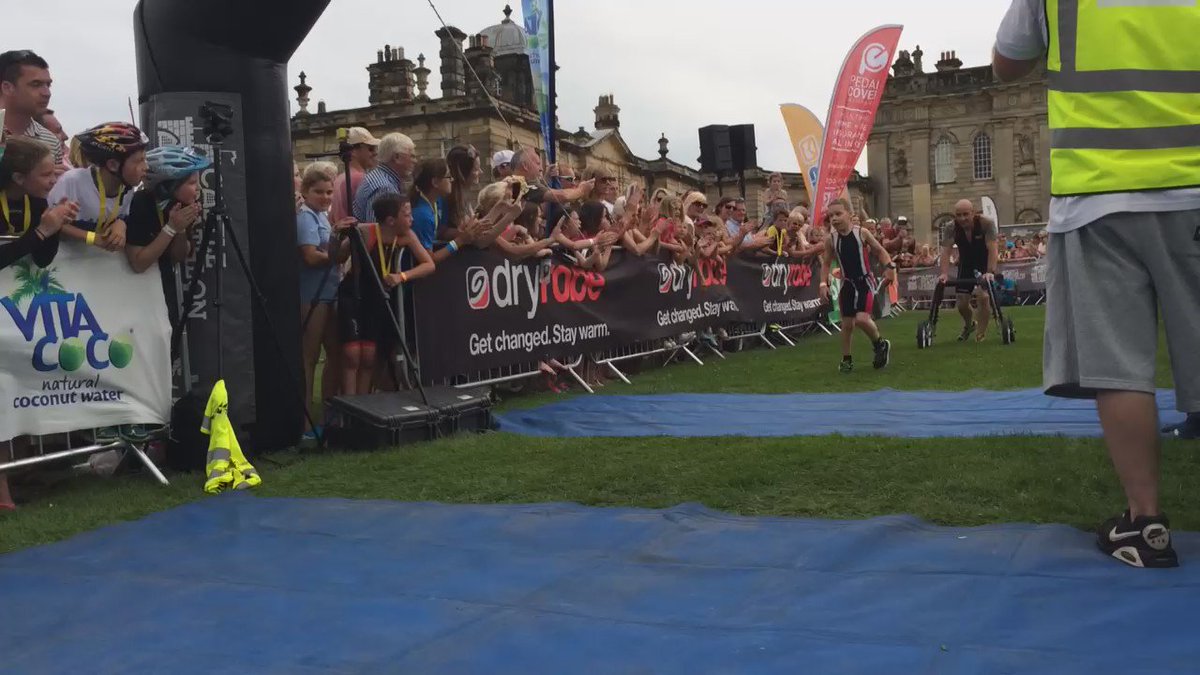 Young triathlon hero Bailey Matthews is challenging people to join him at the 2016 Castle Howard Triathlon.

Boxing champion Tyson Fury met his match when challenged to a fight by pint-sized Bailey Matthews.

Eight-year-old Bailey, from Doncaster, had earlier stolen the show at the BBC Sports Personality of the Year Awards where he received a standing ovation and an award for outstanding achievement in the face of adversity.

The youngster, who has cerebral palsy, became a worldwide internet sensation in July after video footage of him completing his first triathlon at Castle Howard went viral. He pushed away his walking aid to cross the finish line in a move that has made him an inspiration to millions of people.

The cheeky youngster challenged the controversial boxer to a sparring session over breakfast the day after the awards - and left the big man calling out to his dad and wife for help!

The 8-year-old from Doncaster won over the nation when he crossed the finishing line of his first triathlon. Watch as he collects his award.

Bailey Matthews has joined other winners from the Pride of Britain Awards at a reception hosted by Samantha Cameron.