Hundreds of people turned out today for a parade through Doncaster to mark Armed Forces Day. Many had connections to the three services represented. Others were just ordinary people from the town who wanted to show their thanks to those who serve their country.

Crowds have turned out at events across our region to mark Armed Forces Day. One of the largest was in Doncaster where a parade went through the town centre this morning as James Webster reports:

Lance Bombardier Ben Parkinson was one of the guests of honour at the Armed Forces Day parade in Doncaster. The soldier was seriously injured while serving in Afghanistan, losing both his legs. He says he feels proud that everyone respects the army:

Don Valley MP Caroline Flint watched this morning's parade of service personnel through the streets of Doncaster in honour of Armed Forces Day. She says it is good to honour those who serve and the families who support them:

Don Valley MP Caroline Flint has tweeted a message of support to families of those who serve in our armed forces on Armed Forces Day.

To those that serve and have. To their families who are always there for them. Thank you. #ArmedForcesDay

She watched the parade through Doncaster this morning where our reporter James Webster interviewed her. 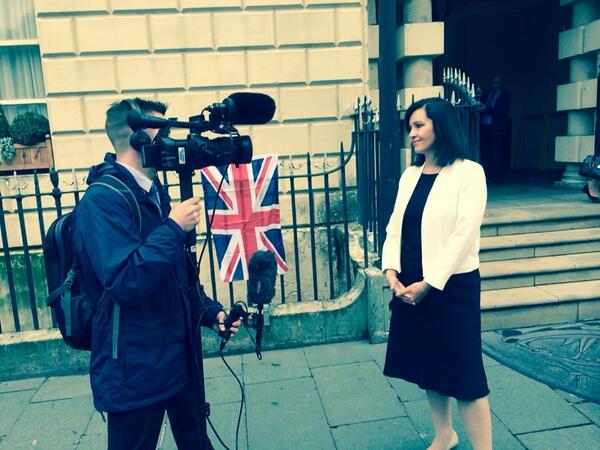 Current and former service personnel have marched through Doncaster to mark Armed Forces Day. The official salute was taken outside Mansion House in the town centre where veterans carrying standards were waiting to greet those on parade. Hundreds of people lined the streets to watch.

Note: There is no commentary on this video.

North Yorkshire Police officers are on duty at Armed Forces Day celebrations in Scarborough. Here's what they have 'captured' of the event.

Battle of Britain fly past at #ArmedForcesDay in Scarborough http://t.co/3yTYj7oUfp

Lance Bombardier Ben Parkinson is collecting for the Pilgrim Bandits charity he has set up to take seriously injured armed forces personnel on adventure training expeditions.

The former paratrooper, who suffered horrific injuries in a bomb attack in Afghanistan, has been supporting Armed Forces Day in his hometown of Doncaster.

The Hurricane aircraft is now safely on York Theatre Royal's roof - but it took two hours and a lot of effort.

It's there to mark Armed Forces Day, the 70th anniversary of the French Air Force's arrival in the city, and York's part in the Tour de France.

.@armedforcesday wishing all of the Armed Forces Veterans & Cadets a Happy #ArmedForcesDay today (esp my nephew Will) http://t.co/C7ilSVqafp

In honour of #armedforcesday pic of the captain, my dad in #hongkong 1962 http://t.co/pHl0BLitz4