Lucy Jane Parkinson from Rotherham and Rebecca Banatvala were targeted in the street as they made their way to a theatre in Southampton.

Jermaine Allen from Bradford was convicted and was jailed for four years and six months.

North Yorkshire Police is appealing for witnesses after the "brutal" attack

Five men have today been jailed for their part in a ‘savage and violent’ attack, which left a man fighting for his life.

A man who was caught on CCTV in Hull taking a running jump onto a tent with homeless men sleeping in it has been jailed for four months.

A man accused of launching a machete attack in Sheffield has been remanded into custody.

Sy Daouda, of Wensley Street, Grimesthorpe, was charged this morning (Friday 1 February) with section 18 wounding with intent and possession of a bladed article.

The 21-year-old appeared at Sheffield Magistrates’ Court this morning (Friday 1 February) and was remanded into custody.

At around 9.26am yesterday (Thursday 31 January), officers were called to McDonald’s on High Street in Sheffield city centre to reports of a man with a machete.

A 47-year-old man suffered non-life threatening injuries and was taken to hospital but has since been released.

He is next due to appear at Sheffield Crown Court on Friday, 1st of March.

Sy Daouda, charged with section 18 wounding with intent and possession of a bladed article, will appear at Sheffield Magistrates’ Court.

Humberside Police want to identify them in connection with the assault on Whitefriargate in Hull. It happened on 30 November around 12.30am

A 28-year old man was punched while he waited for a taxi outside Leeds train station in an unprovoked attack.

Police say the incident took place just before 5am on Sunday, July 10. The victim was waiting with a group of friends for a taxi when he was approached by a group of men who asked if they could push in front of them to get a taxi to Preston. When the victim refused he was punched in the face by one of the men in the group.

The victim, who required hospital treatment as a result of the assault, suffered a broken nose, bruising and damage to his teeth.

“This was completely unprovoked and violent behaviour which is totally unacceptable. The victim’s attacker was extremely aggressive and was unwilling to wait his turn in the taxi queue which was only small with a wait of around ten minutes. It’s vital we trace the person responsible."

Mourners are gathering at St Edmund's Church in Walesby, Notts for the funeral of John Stollery.

The church only holds 100 and many more are expected to listen to the service outside.

There will be a guard of honour from veterans of the Parachute Association. Mr Stollery served with 2 Para Regiment before becoming a social worker.

John Stollery was one of 38 victims killed in the attack on June 26.

He had worked at Nottinghamshire County Council for 33 years and had worked with children in care for the last 16 years.

In Walesby in north Notts for the funeral of John Stollery who died in the Tunisia terror attack @itvcentral http://t.co/Pu3o9A3mIX 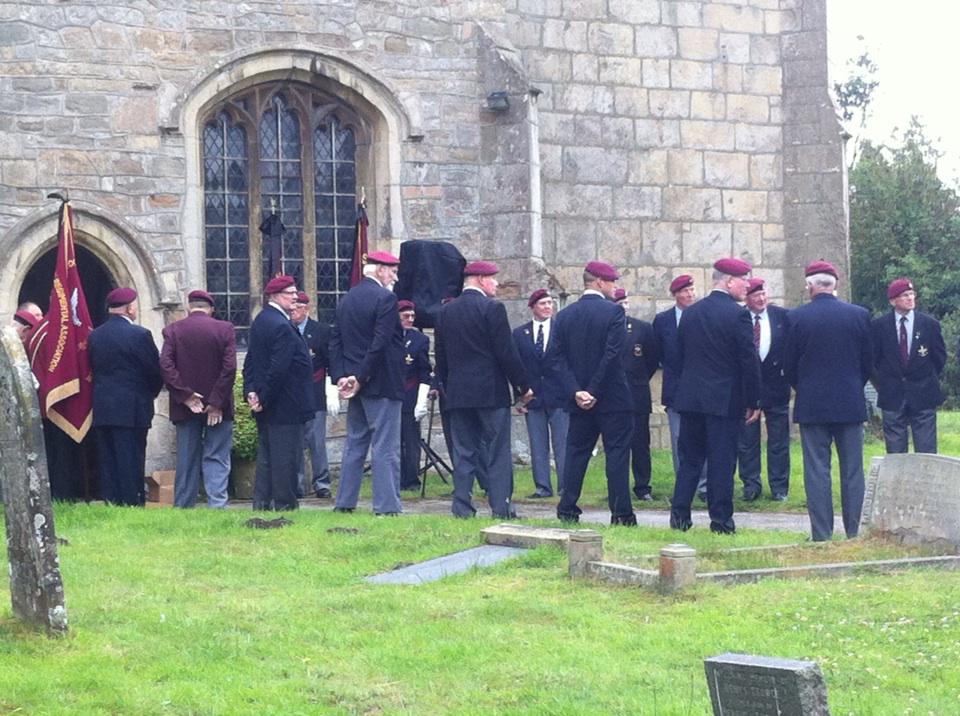