Thieves in Scarborough have stolen horse riding equipment from a children’s charity.

The foal was found dumped in a field with what animal inspectors have described as the 'worst acid burns' they have ever seen.

The pair perform spectacular leaps and flips as they race around the 30 fences on the Burghley Horse Trials course near Stamford. Their video is an online hit with more than 100,000 viewings so far.

The elite horses and their riders, many just returned from the Rio Olympics, will compete the same course at Burghley Horse Trials from 1-4 September.

West Yorkshire Police horse Breeze has certainly got that Friday feeling judging by a tweet from the team. He's making the most of the spring weather by enjoying a good roll in his field.

Breeze has got the #FridayFeeling https://t.co/KQrmQyK0e3 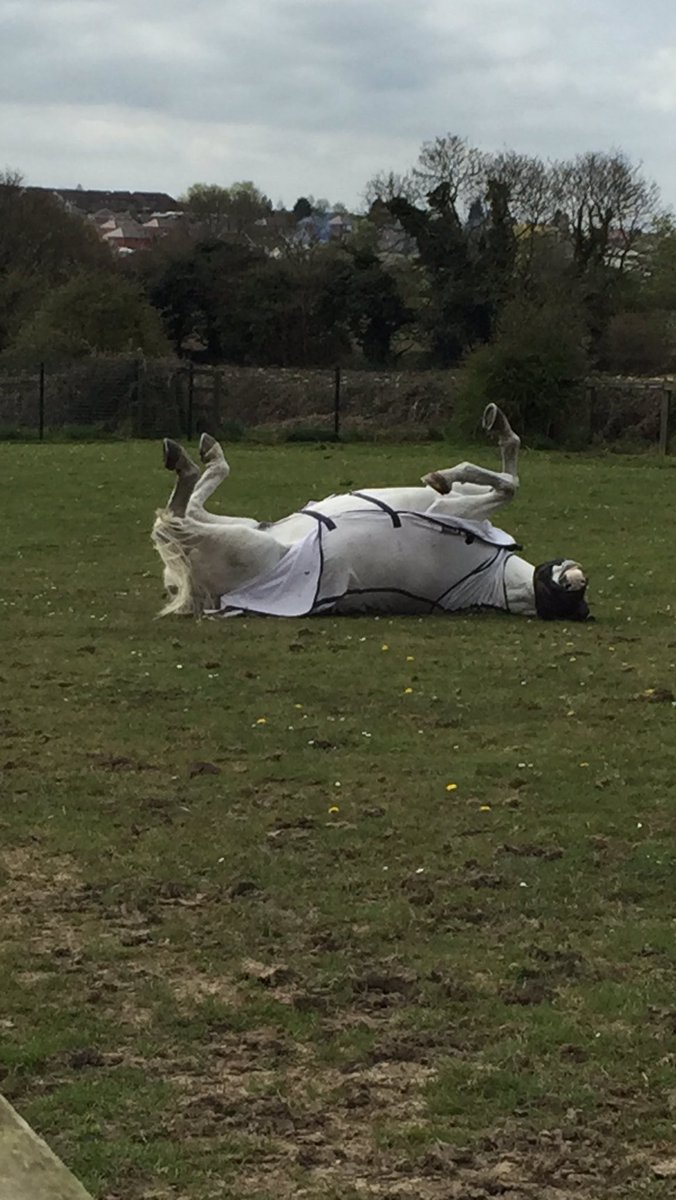 Meanwhile his pal Clifton is preparing for a busy weekend of work. 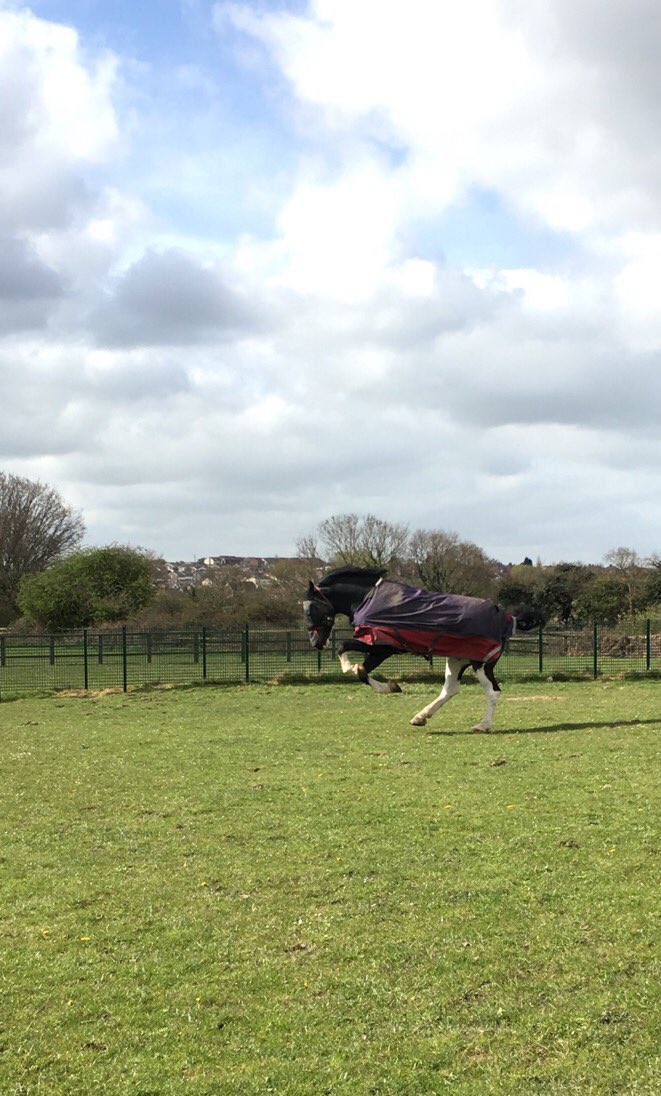 New laws to clamp down on people illegally abandoning horses come into force today, improving horse welfare standards in Yorkshire and across the country.

The Control of Horses Act 2015 makes changes to the law to deter people from illegally grazing or simply abandoning horses on public and private land, which is known as ‘fly-grazing’.

The changes mean horse owners who fly-graze their animals without permission can now be dealt with more quickly and effectively.

Under the previous Animals Act 1971 an abandoned horse could only be disposed of after 14 days through sale at market or public auction. The new Act means fly-grazing horses have to be reported to police within 24 hours, and owners now have four days to claim their animals.

Previously, an abandoned horse could only be disposed of through sale at market or public auction. The new law extends the options for dealing with abandoned horses, which now include private sale, gifting and rehoming.

These changes to the law will give rural communities greater powers to deal with thousands of horses that are left to graze illegally without the landowners’ permission. Horses that are left to fly-graze can now be rehomed much more quickly and effectively, improving the welfare of these animals and preventing disruption to communities. By allowing abandoned horses to be rehomed much more quickly, this act will encourage owners to pay proper attention to their animals’ welfare and ensure communities are no longer blighted by the illegal practice of fly-grazing.

North Yorkshire Police say a 36-year-old man from Raskelf is due to appear at Northallerton Magistrates’ Court on Friday 28 November 2014 charged with one count of criminal damage. Officers say his appearance relates to the death of a horse in Raskelf in October.

Firefighters have rescued a 26-year-old horse called Cloud, who’d become stuck over a gate in a Doncaster field.

The horse had tried to jump the gate on Tickhill Road, Bawtry.

The horse was stranded for about half an hour and was becoming distressed, before Adwick firefighters were called and with safety equipment in place, managed to slide the animal to safety.

After being checked over by a vet, the horse was found to be fine.

This 26-year-old horse called Cloud was in a bit of a pickle earlier, getting stuck on a gate in #Doncaster #jumpfail http://t.co/GaFsNCWBLi 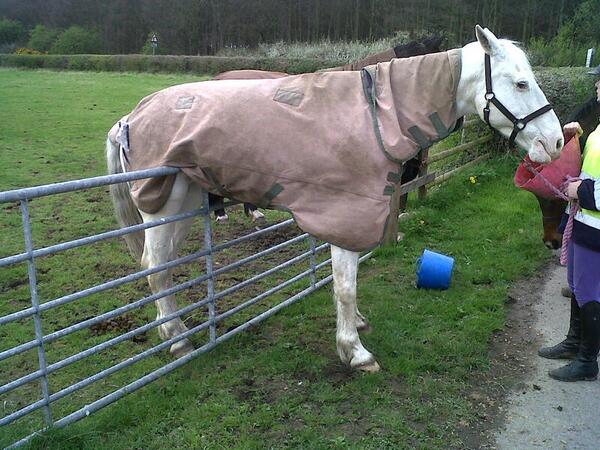 Luckily Adwick firefighters were on hand to shove Cloud the horse to safety! http://t.co/BX55MRlI9E 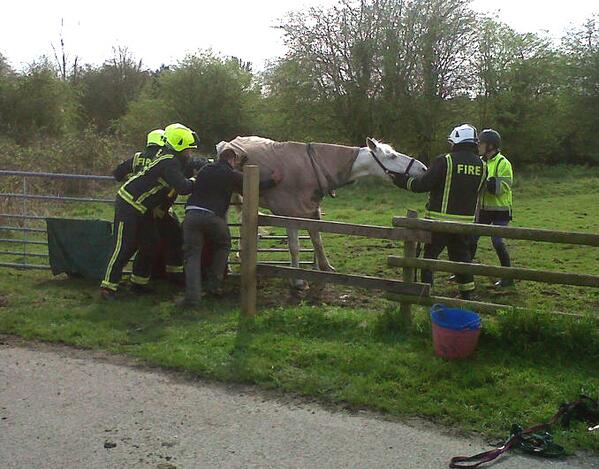 North Yorkshire Police is appealing for witnesses after a horse was killed on the A19 at Eggborough, near Selby.

The incident occurred opposite the junction with High Eggborough Lane at about 2pm on Thursday August 8.

It involved a red Toyota Yaris driven by a 23-year-old local woman who was heading in the direction of Selby, and a horse ridden by a 14-year-old local girl - who entered the carriageway from the side of the road.

The girl escaped with minor injuries after being thrown from the horse, but the animal had to be put down.

Witnesses to the collision should call North Yorkshire Police on 101.

The owner of a beefburger factory in Doncaster has told Calendar of his shock after the firm became the latest in the region to be drawn into the horse meat scandal.

Paragon Quality Foods says it can't explain the presence of horse DNA in a burger it supplied to the hotel and pub chain Whitbread, but says it's now testing its products every day in a laboratory to make sure they've got the all clear. Jon Hill reports.