The Pride of Britain bus rolled into Leeds today to collect nominations for unsung heroes across the region.

This year's Daily Mirror Pride of Britain Awards was one to remember for our nominee in the fund raiser category, who went to London to represent Calendar.

He didn't win the overall award but he did persuade two X Factor judges to make a very special call to his son back home near Skegness. Daniel Harris was there for us and his report does contain some flash photography.

Comedian Alan Carr has praised the work of PC Sara Widdrington after she won a Pride of Britain Award.

Sara was recognised for disarming a man who was trying to rob supermarket at gunpoint.

Alan said it was something he 'couldn't have done'.

The Yorkshire finalist for the Pride of Britain 'Fundraiser of the Year' title was invited to meet with the Prime Minister after missing out on the award.

Lincolnshire's Pride of Britain 'Fundraiser of the Year' finalist Mark Smith has been speaking to the Prime Minister about his campaign for compulsory wearing of cycle helmets.

Mark was nominated for the award for his work since his son Ryan suffered life-changing injuries after being knocked off his bike.

He missed out on the prize, but says the chance to talk to David Cameron was a great opportunity.

A North Yorkshire Police officer has won a Pride of Britain award after disarming a man trying to rob a shop at gunpoint.

Brave PC Sara Widdrington put her own life in danger to save a cashier from being robbed at gunpoint #POB2014 http://t.co/JsNJTawjoX 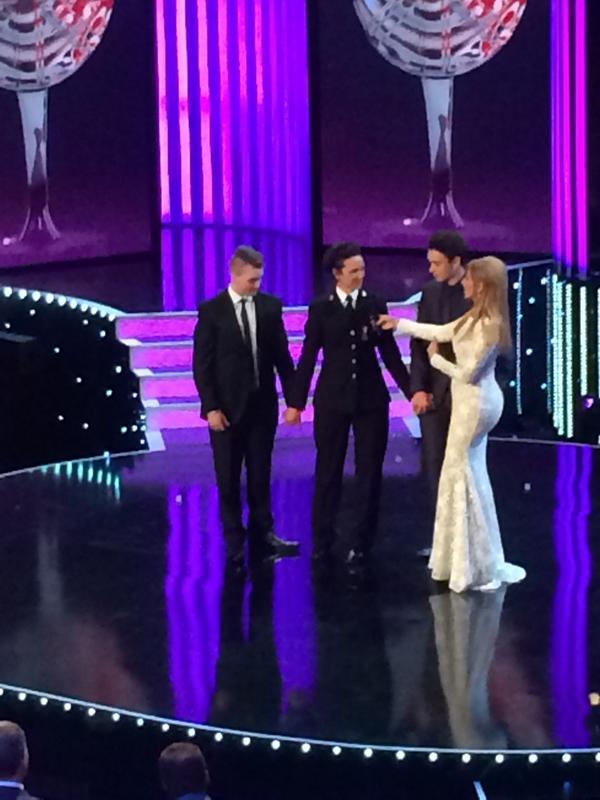 David Wood reports on the beginning of the Pride of Britain Awards ceremony with Dr Kate Granger representing the west of the Calendar region.

David Wood reports on the beginning of the Pride of Britain Awards ceremony with Mark Smith representing the east of the Calendar region: