Fast asleep, or straining to hear? Your opinion on what Alec Shelbrooke was up to during last night's Commons debate depends on a) which photo of him you have seen, b) just how cynical you feel about MPs.

The original photo that went viral on Twitter showed the Elmet and Rothwell MP appearing to have nodded off during a debate on trade union reforms at 10pm. The angry tweets poured in, with the regular accusation that MPs are lazy, insensitive jobsworths.

The only problem is, Alec Shelbrooke wasn't asleep. He immediately hit back, saying he had been leaning in to a speaker to hear the debate more clearly, as he's partially deaf. And when I went back through last night's Commons footage, his story was vindicated.

And here with his eyes wide open in the same position. I'm afraid it appears @alecshelbrooke has been misrepresented. http://t.co/bIenHhiB8N 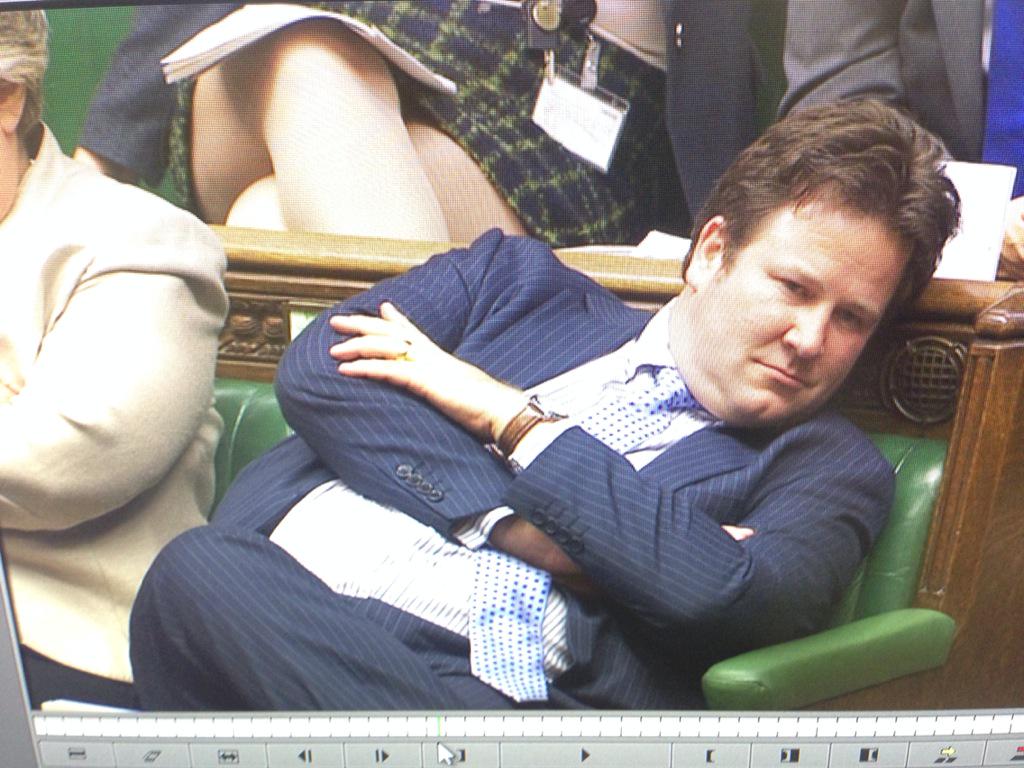 The truth is Alec Shelbrooke's eyes were wide open for almost the whole of the four seconds the camera was trained on him - except, of course, for when he blinked.

Journalists who originally posted the picture of him with eyes shut have largely apologised. But my Twitter feed is full of people who are still determined to believe that Alec Shelbrooke was asleep. Let's always work to keep MPs on their toes. But vilifying them for blinking? I'm not sure that's the best use of our efforts.