Frankie Gavin, one of Birmingham's top boxers, has had to pull out of his next big fight, after a car ran over his foot.

The fighter from Small Heath was due to fight Sam Eggington from Stourbridge, but he has been forced to cancel after the injury he suffered two weeks ago.

The pair were due to battle it out at the Barclaycard Arena on 17 October for British and Commonwealth titles.

30-year-old Gavin says he is still confident he will beat his rival when another date is set for the bout.

I was stepping off the kerb in Aston two weeks ago.

The driver did stop but the damage was done. There’s nothing broken, but it is badly bruised. I’ve had injections, but couldn’t train properly. I couldn’t run on it.

In the next couple of days we’ll have a meeting to see what’s happening about a new date.

The fight with Eggington has been billed as 'Birmingham's biggest', and it was supposed to be Gavin's big comeback, following his loss to the undefeated IBF Welterweight champion, Kell Brook, back in May.

Sorry to say I have had to pull of my fight. I got ran over 2 an a half weeks ago an had to weeks of training http://t.co/eq5pT0p6Ka 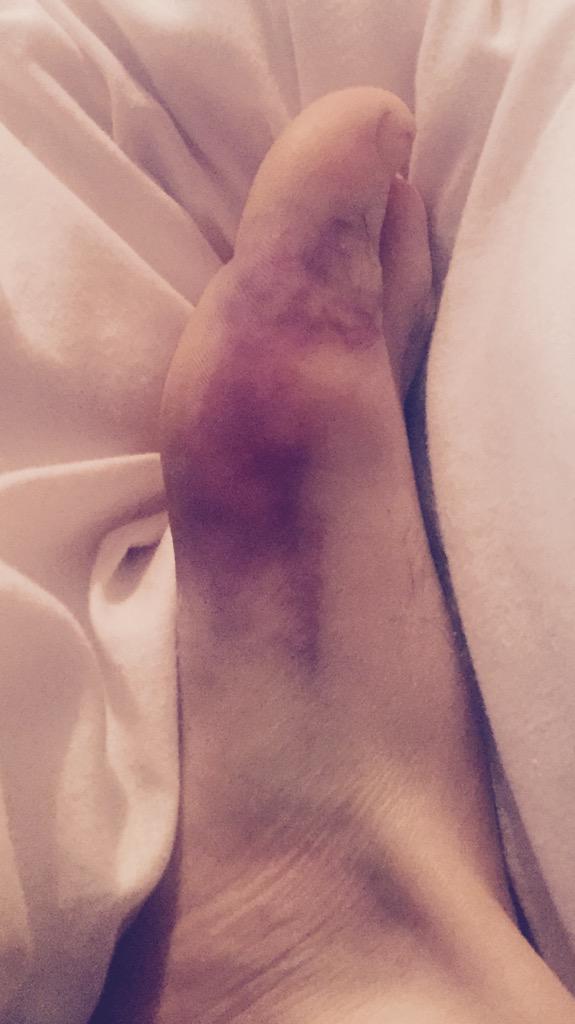 Also sorry to @eggington_sam an hopefully we can fight before the year is out or early next year.. Good luck with the replacement?

The event next week will still take place, with Eggington facing a new opponent.

Birmingham’s Matthew Macklin and Kal and Gamal Yafai are also scheduled to fight on the bill.

If fans want a refund for their tickets, Gavin has urged any fans who purchased tickets from him to return them by Friday.