The Duke and Duchess of Cambridge are visiting Leicester City Football Club today, to pay their respects to the five people who died in a helicopter crash near the stadium in October.

The Royal couple have laid flowers and paid respects to the club's Chairman Vichai Srivaddhanaprabha, before meeting manager Claude Puel and some of the Leicester players.

They were personally acquainted with Khun Vichai.

A statement from The Duke of Cambridge on the tragic helicopter crash at Leicester City Football Club https://t.co/UVQvzpUxBv 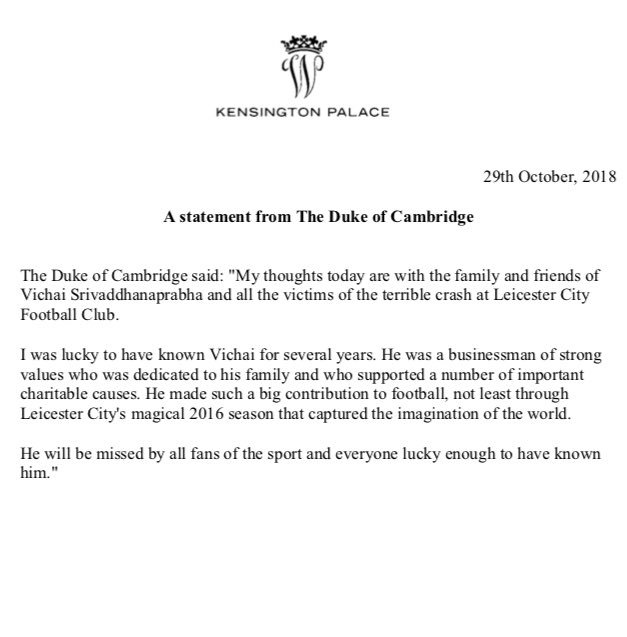 Their Royal Highnesses knew the Club’s Chairman, Vichai Srivaddhanaprabha, and wanted to visit the city to recognis… https://t.co/iS6UrMH1lG