Aston Villa have booked their place in the League Cup Final at Wembley after a dramatic 2-1 victory against fellow Midlands side Leicester City.

Trezeguet fired Villa into the final with a 93rd-minute winner, making it 3-2 to the home side on aggregate, sparking jubilant scenes around Villa Park.

Matt Targett gave the home side the lead after 12 minutes before the Foxes levelled on 72 minutes through Kelechi Iheanacho.

"This is massive for me, a chance to play in a cup final and win some silverware."

“I'm very proud of the performance and the effort that the players put in.”

"We are bitterly disappointed. We created enough opportunities and we just switched off right at the end." 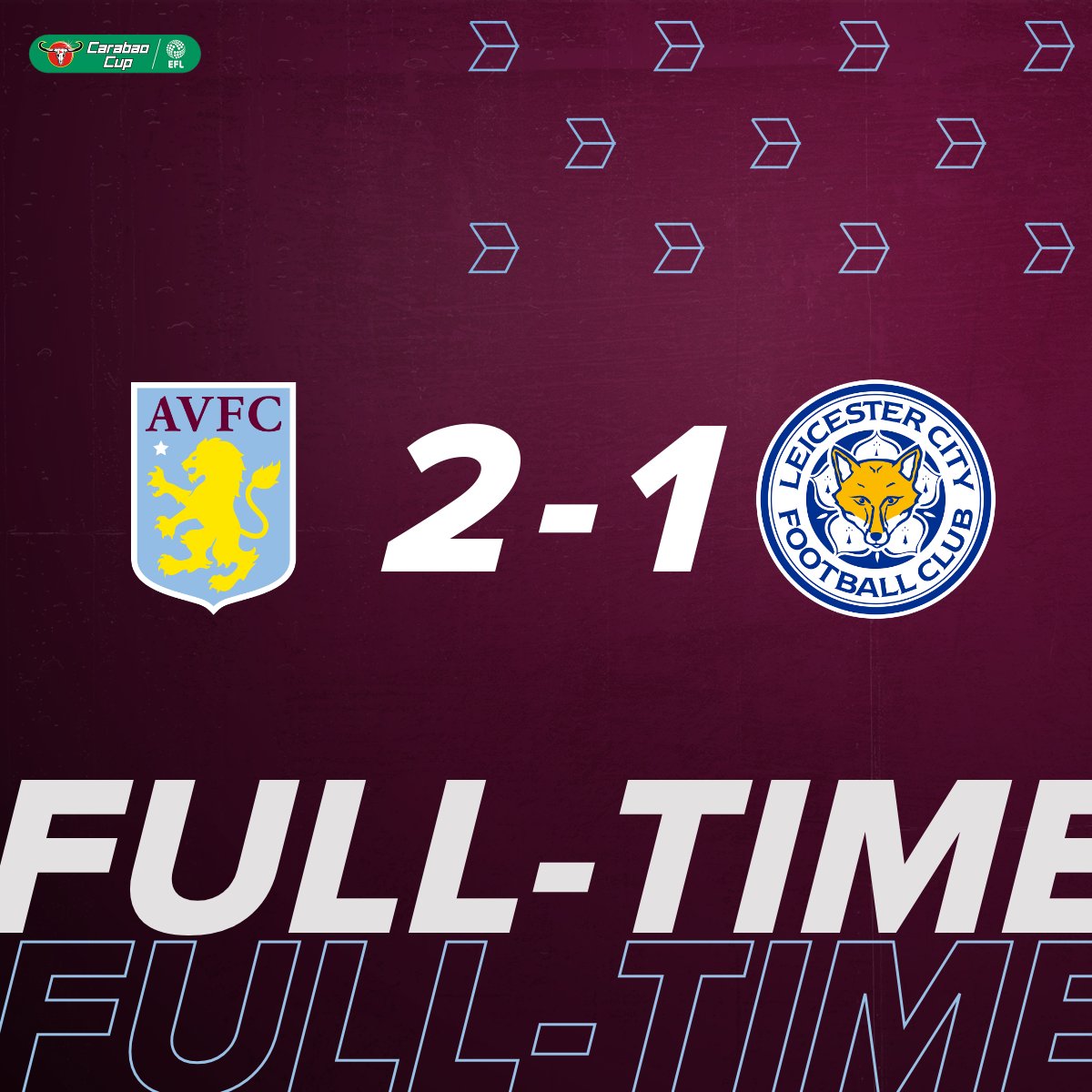 Full report and reaction as City exited the #CarabaoCup this evening ⤵

Aston Villa: Back at Wembley !

Aston Villa are turning out to be regulars when it comes to playing at Wembley.

In 2015 they faced Arsenal in the FA Cup Final, losing 4-0. They then reached the Championship Play-Off Final in 2018 and suffered a 1-0 defeat to Fulham.

Their most recent trip to Wembley brought happier times - clinching promotion back to the Premier League with a 2-1 win against Derby County in May 2019.

Counting down to the League Cup Final

Dean Smith’s side will now take on either Manchester City or Manchester United in the League Cup Final at Wembley on Sunday, 1st March.

The two Manchester sides face each other tonight (29th January).

13/2
Odds being offered on Villa lifting the League Cup.

What's next if Villa win?

If Aston Villa are crowned League Cup winners, they will go through to the second qualifying round of the Europa League in July.

90,000
Wembley capacity - Villa can expect approximately 40% of the allocation.

Villa's attention now returns to their fight for survival in the Premier League, travelling to fellow strugglers Bournemouth this weekend.

The Foxes face Chelsea on Saturday as they look to bounce back and continue their fine league form.