40 protesters detained by police after they stopped and climbed on a coal train in Nottinghamshire have been released.

The Greenpeace activists blocked the 400-metre freight train on sidings leading to Cottam power station for ten hours yesterday after flagging it down using the stopping signals.

A life-size polar bear puppet was used to stop the train from moving.

British Transport Police have confirmed they arrested 3 activists and spoke with 37 others.

Investigations will begin today into how a group of climate change protestors managed to stop a freight train loaded with coal.

50 Greenpeace activists boarded the train yesterday as it was heading to Cottam Power Station near Retford.

They stopped the train for eight hours before being detained by police.

A group of climate change activists, who seized a freight train carrying 1,500 tonnes of coal in Nottinghamshire, have been detained by police, according to Greenpeace UK on twitter.

UPDATE 1/3: The team on board the coal train outside Cottam Power Station have now been detained by the police

The Greenpeace campaigners say they plan to stay with the train until midnight. From the scene, Gareth Owen sent this report.

We were called to a crossing at Westbrecks Lane in South Leverton, Retford at 2.45pm following reports of a number of protestors, believed to be from Greenpeace, halting the progress of a coal train.

Officers are currently responding to the incident together with colleagues from Nottinghamshire Police.

"The safety of our employees and the public is our priority and we are currently working with British Transport Police to ensure everyone involved is safe and out of harm.

"We operate a diverse mix of electricity generation and produce more low-carbon electricity than any other generator in Britain from our nuclear power stations and wind farms."

Meanwhile DB Schenker Rail UK confirmed that one of their trains has been brought to a stand by a number of protesters on the Cottam branch line near Retford. The train was travelling from Humber International Terminal to Cottam Power Station carrying 1,500 tonnes of coal.

The charity says the "highly realistic, life-size, moving polar bear puppet - previously used in National Theatre productions - has just walked up to the front of the locomotive, where it’s now stopping the train from moving."

The animal is intended to symbolise the global movement to save the Arctic from climate change, which is mainly driven by coal. 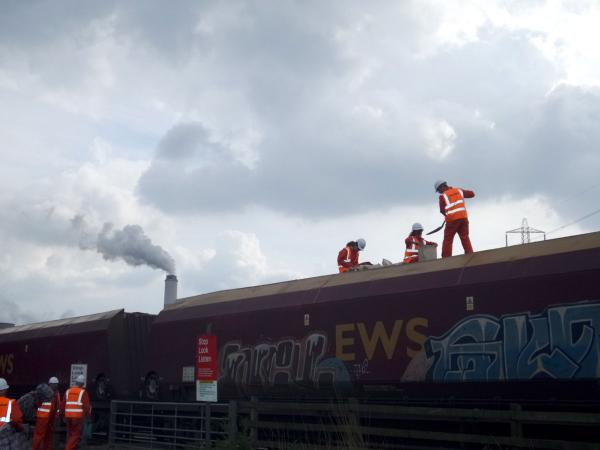 The train was delivering 1500 tonnes of coal to one of Europe's dirtiest power stations. #peopleVScoal http://t.co/ggT4TG9XtR 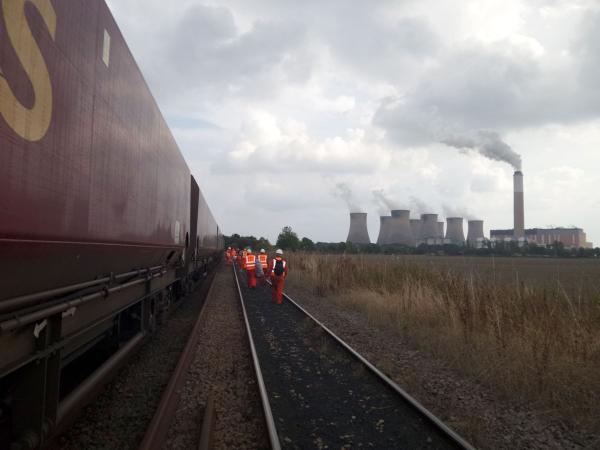 Burning coal like this is the dirtiest way to generate electricity. #peopleVScoal http://t.co/aArChmWqh3 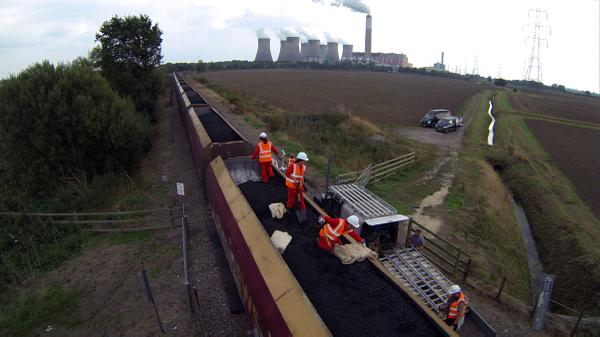 The activists used emergency signals to flag down the 400-metre-long coal train as it was slowing down along rail sidings leading to the plant. The main coal supply route to the power station - which is run by French energy giant EDF - has now been cut off.

Dozens of Greenpeace campaigners have climbed onto the open coal wagons, and have started unloading the train’s cargo. The charity says they are carrying enough food and water to stay on the train all day.