West Midlands Fire Service has revealed how many flood related call outs they have received due to the severe weather.

Emergency services have been inundated with calls after torrential rain overnight.

Emergency crews were deployed to help people trapped in cars in Sutton Coldfield.

Emergency services across the West Midlands have been inundated with calls after torrential rain sparked flash flooding overnight.

But for one community in Castle Vale in Birmingham, one hundred ordinary people came together to help the relief effort when a nursery flooded.

Fire crews in Staffordshire and the West Midlands said they received hundreds of 999 calls following flash flooding on Thursday.

People have been trapped in cars, with homes inundated with water. Birmingham was one of the worst hit areas.

West Midlands Fire Service said it has received numerous reports of incidents including a lightning strike on a gas main.

West Midlands fire crews have been dealing with dozens of incidents across the region, most of which are weather-related.

Heavy rainfall has caused more flash flooding. There is a Yellow Met Office warning of rain in place for the West Midlands.

The fire service is asking people only to travel if absolutely essential, and not to drive through flood water as they say there is no way of knowing how deep it is.

Trying to get to @brumradio but digbeth is a little wet. https://t.co/LHL1hthZmY 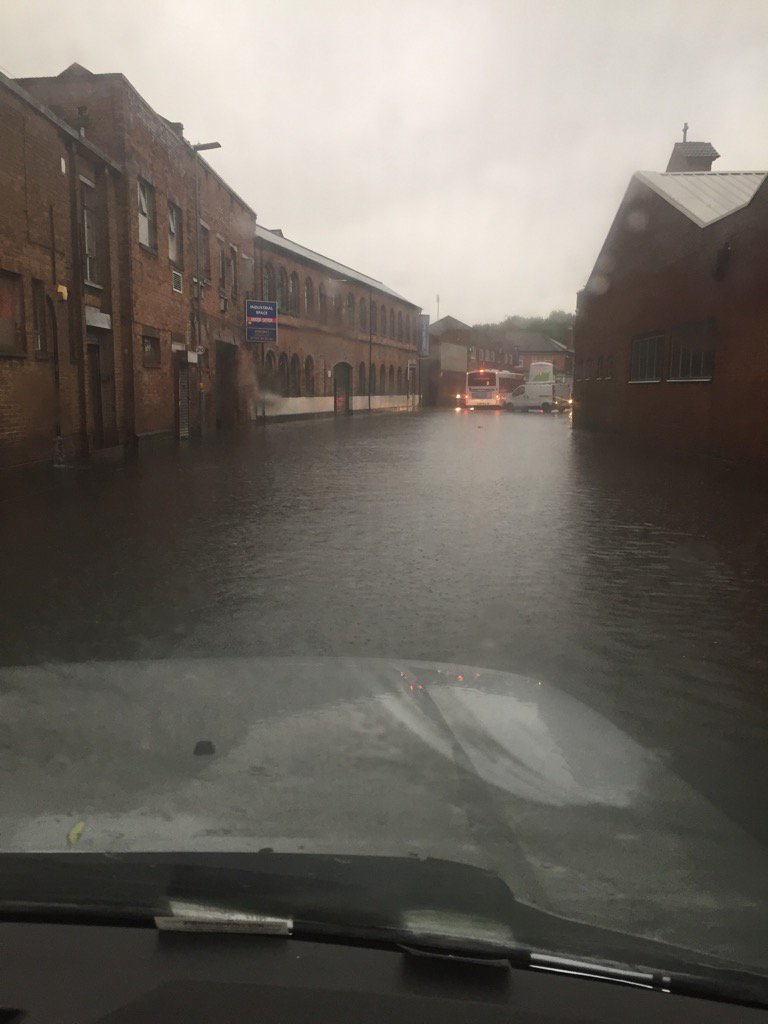 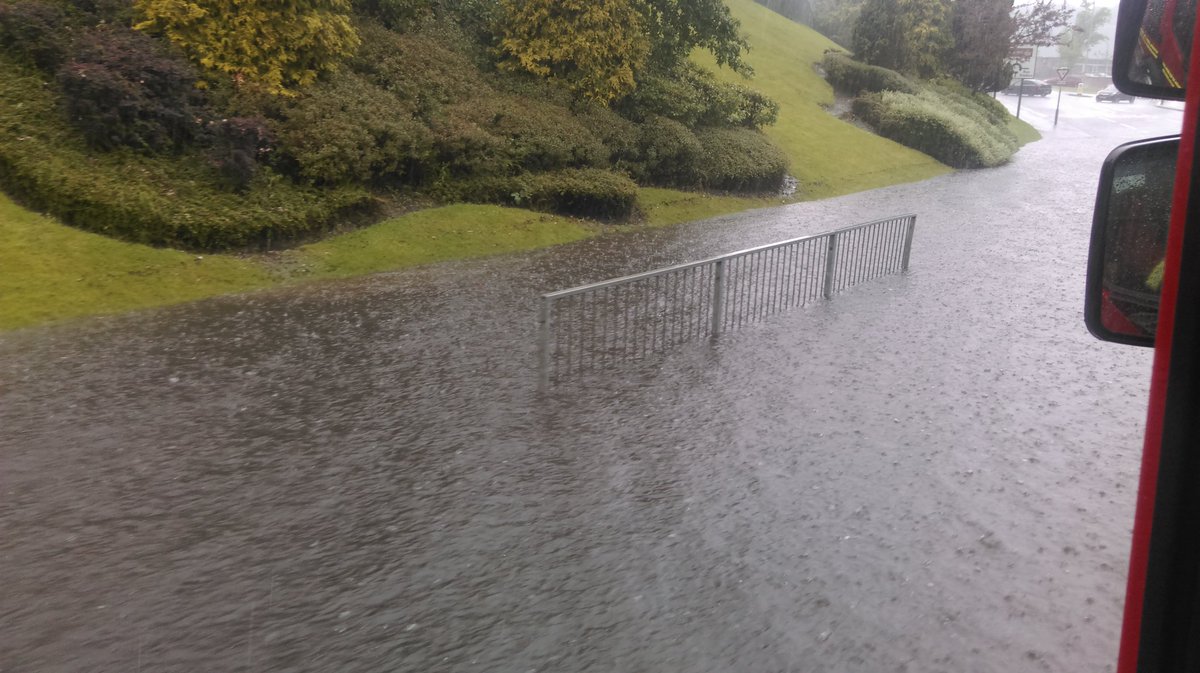 We are unable to run towards Stourbridge currently due to flooding in the line. Apologies for this. https://t.co/1gQgYMjJiI 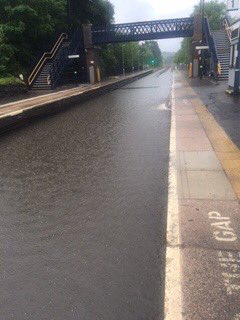 Two flood warnings and 14 flood alerts are currently in place across the Midlands after heavy downpours over the past few days.

Read more on the flash flooding that has hit parts of the East and West Midlands here.

What is a flood warning?

What is a flood alert?

Flooding is possible. Be prepared.

More information can be found on the Environment Agency website.

West Midlands Fire Service are urging people to avoid certain roads in Coventry due to flooding.

Our reporter Keith Wilkinson took this video earlier today of a car park in Birmingham.

A yellow weather warning of rain is in place across the Midlands today until 10pm tonight.