Nearly £22,000 has been raised for the families of five men who were killed when a wall collapsed at a recycling plant in Birmingham.

Councillor Mohammed Idrees, lead Member of West Midlands Fire and Rescue Authority has laid a wreath on behalf of the brigade.

The service is paying its respects to the five men who died after a wall collapsed at the Hawkeswood Metal Recycling in Nechells on Thursday morning. 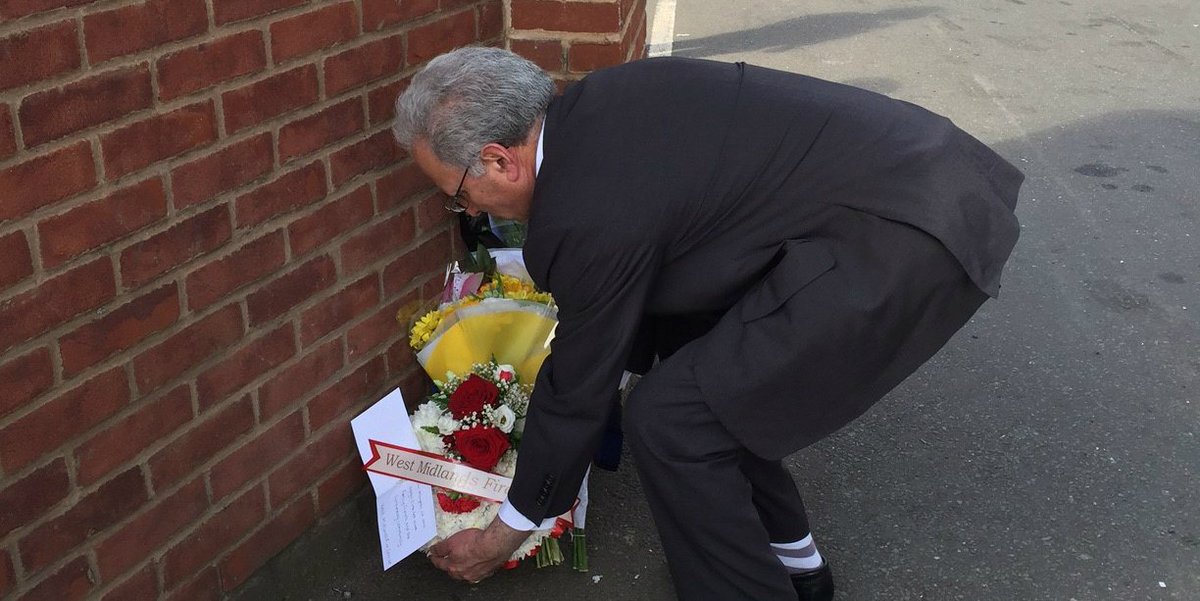 Simon Hardiman from West Midlands Fire Service confirms that the bodies of all five men have been recovered from the site of the wall collapse.

He said "all efforts were focussed on providing a dignified recovery phase":

The bodies of all five men who died after a collapse at a scrapyard in Birmingham have now been recovered.

LATEST: The bodies of all five men who died following a wall collapse at a #Nechells scrap metal yard have now been recovered.

They were killed when a wall collapsed at Hawkeswood Metal Recycling in Nechells on Thursday morning.

Forensic post-mortem examinations are set to be carried out on the victims on Monday and the coroner has been kept closely informed.

After two days of recovery operation, police say the bodies were retrieved "safely and with dignity".

A leader in Birmingham's Gambian community is urging for calm and patience as rescue workers continue to try and recover the final two bodies trapped in the rubble from yesterday's wall collapse.

Five men in total were killed when the wall came down at Hawkswood Metal Recycling in Nechells yesterday morning.

Bamba Mass says they expected all the bodies to have been recovered by now:

A third body has been recovered from the rubble of yesterday's wall collapse in Nechells in Birmingham.

It means three of the victims' bodies have now been retrieved, although two are still trapped in the collapse.

Efforts to recover three remaining bodies of five workers crushed to death in a wall collapse at a recycling plant will resume today.

The bodies of two of five workers crushed to death in a wall collapse at a metal recycling plant have been recovered.

Their remains were taken from the scene by private ambulance after a day of painstaking work by emergency crews to retrieve the men from underneath tons of metal and concrete rubble.

Police say three other victims remain at the scene and are due to be recovered tomorrow morning.