The M6 northbound carriageway has reopened at junction 7 near Birmingham in time for the evening rush hour.

The highways agency says a serious HGV fire closed the northbound carriageway at Great Barr this morning, with traffic diverted between the junction 7 exit and entry slip roads.

Lane three was opened temporarily before contractors started repair of the section of carriageway damaged by the fire at 2.10pm.

All lanes were reopened on a temporary surface shortly before 4pm, with a 40mph speed restriction in place.

“The vehicle fire caused significant damage to the road surface across lanes one to three and we have worked hard to get all lanes open before the evening peak.

“We have tried to keep disruption to a minimum and we thank all road users for their patience during the incident and the clear-up operation.”

The northbound carriageway will be closed from 9pm tonight until 6am tomorrow morning for the full resurfacing work to be carried out, with a diversion in place via the exit and entry slip roads

The M6 northbound at junction 7 will be closed this afternoon for resurfacing following this morning’s lorry fire, but is due to reopen in time for the evening rush hour.

The fire closed the northbound carriageway at Great Barr just after 8am, causing delays. It has caused significant damage to the road surface that needs to be repaired.

The carriageway has been closed during the morning for the fire to be fully extinguished and the vehicle to be removed.

M6 junction 7 Gt Barr closed in both directions due to lorry fire. https://t.co/WxHeVFU3jw 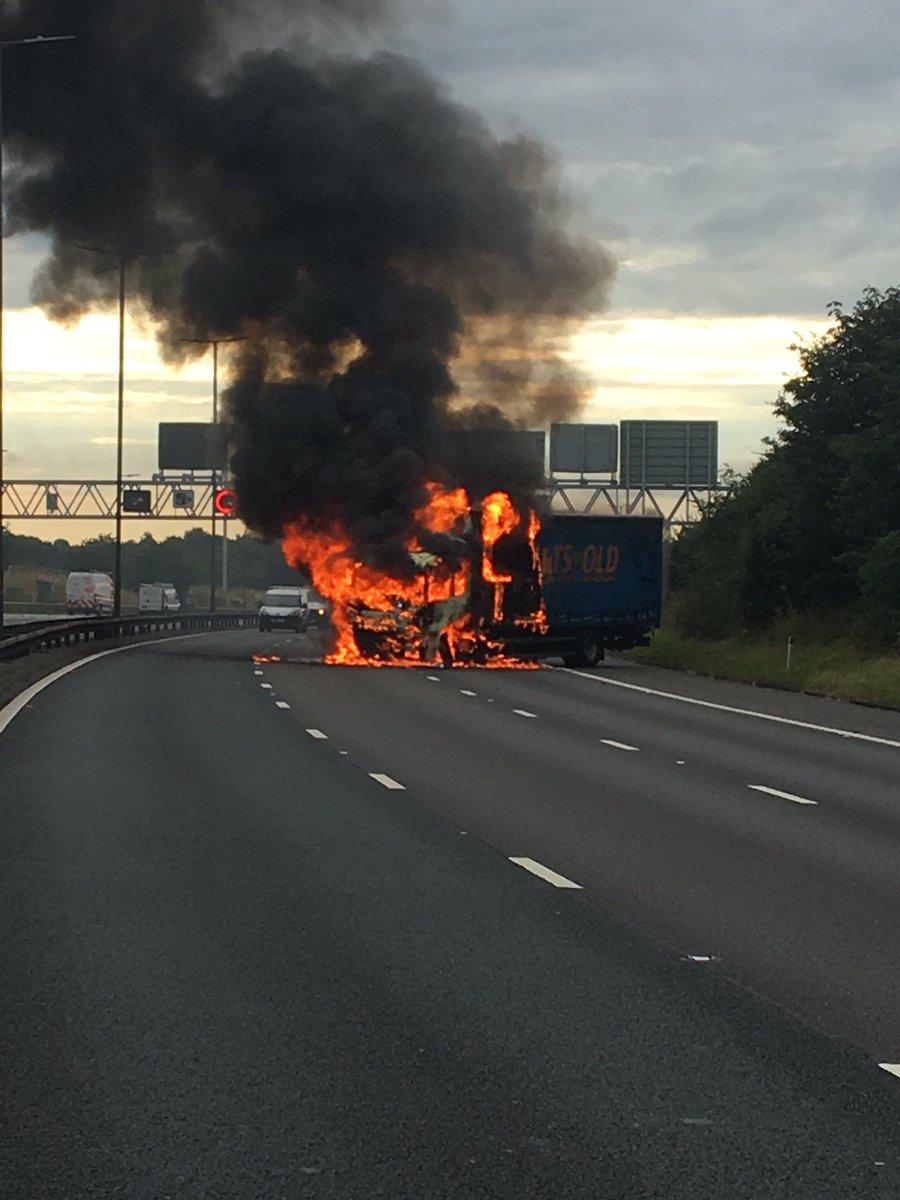 The M6 Southbound has now re-opened after being shut earlier due to a lorry fire.

The blaze caused both carriageways to close at J7 A34 (Great Barr). It is causing congestion to J6 A38(M) Aston Expressway.

The lorry is on the northbound carriageway and the fire has now been extinguished.

Traffic is affected between J6 A38(M) Aston Expressway and J7 A34 (Great Barr).