Friends and fellow students have been paying tribute to Loughborough University student Ben Pocock, who was killed in the plane crash in Ukraine yesterday.

Extremely sorry to hear the tragic news about Ben Pocock. As with all the E block lads spent a lot if time chilling in the common room....

And its where I got to know Ben, a charming, witty guy who was always happy. And a terrible loss to those that met him. Rip

The 20-year-old, who was originally from Keynsham in Bristol, was on his way to Australia when the Malaysia Airlines flight from Amsterdam to Kuala Lumpur crashed.

RIP Ben Pocock, I think everyones thoughts now are with Emily and the rest of the family 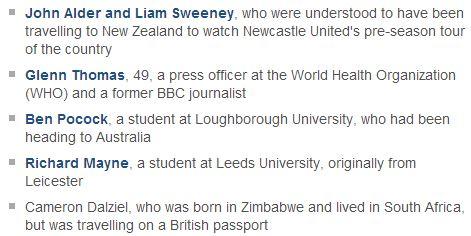 He is the second student from the East Midlands revealed to have been killed in the disaster. 20-year-old Richard Mayne from Market Bosworth also lost his life.

Read: Richard Mayne's father 'beyond devastated' after death of son