A Porsche and two other cars caught fire in a four vehicle road collision in Birmingham this afternoon. Nobody involved required treatment from ambulance staff.

The crash happened just before 3.40pm on Farnborough Road and West Midlands Ambulance Service sent an ambulance and two paramedic area support officers to the scene.

“On arrival, crews discovered four vehicles that had been in the collision, three cars and a van. It is believed that one of the cars collided with the three other vehicles which were all stationary and empty at the time.

“Two of the cars and the van were ablaze when emergency services arrived, but thankfully, it quickly became apparent that there were no patients.

“It is remarkably lucky that there were no patients to treat as the dramatic nature of the incident could have led to a much more serious set of circumstances.”

Three vehicles catch fire but amazingly there are no injuries https://t.co/Dsn3ZecbDM http://t.co/GMfDjgeRgb 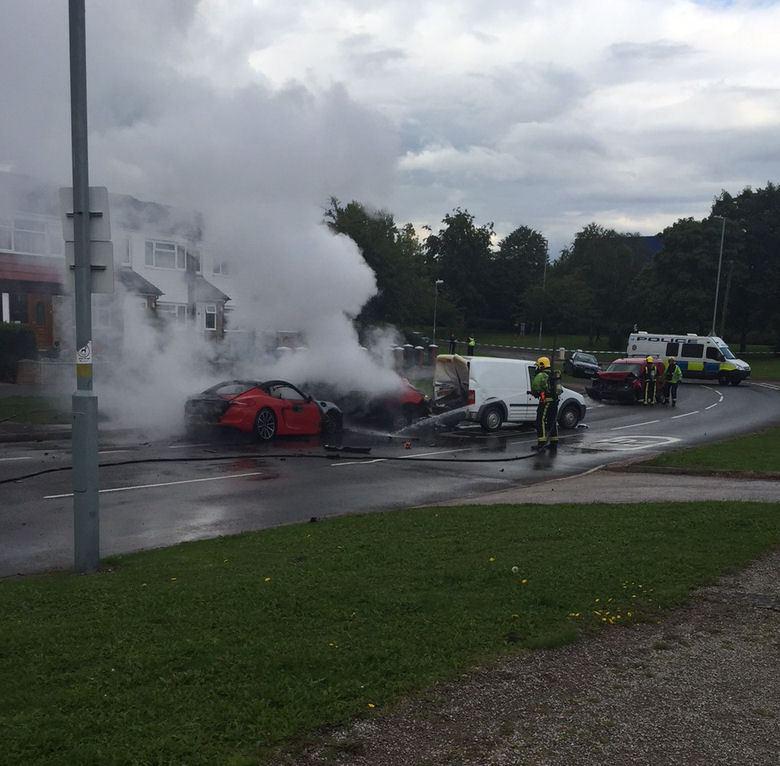 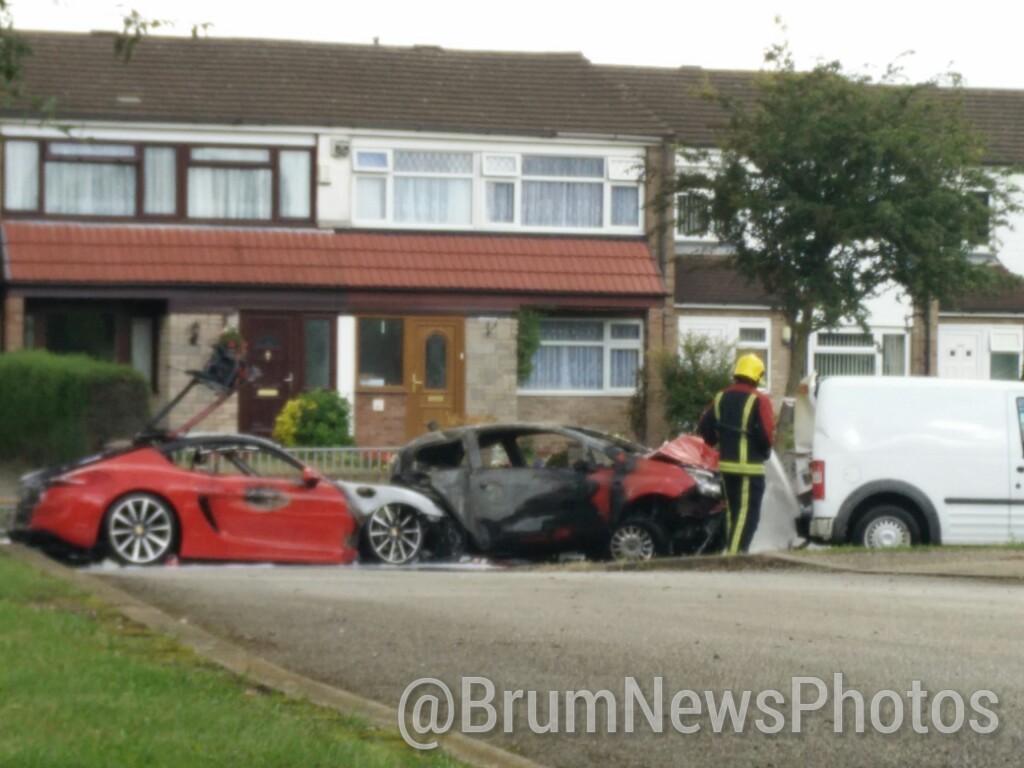