A ceremony took place in Guernsey this evening to mark 70-years since the liberation of Auschwitz.

Among those who died there were three women who had settled in Guernsey to flee persecution in their home countries.

I think the true awfulness of what happened to all those murdered by the Nazi's in the extermination camps has faded a little.

I don't think they realise how absolutely terrible and dreadful it was for whole families to be sacrificed and to be treated in that disgusting manner.

People representing all walks of Jersey life were represented at a wreath-laying ceremony in St Helier this lunchtime.

Wreaths and flowers have been laid at a ceremony in Jersey to commemorate 70 years since the liberation of Auschwitz and Holocaust Memorial Day.

During the Occupation, about 13,000 people from Jersey and Guernsey were sent to prison for acts of resistance against the Germans. Of them, around 250 islanders were sent on to Nazi prisons or concentration camps. 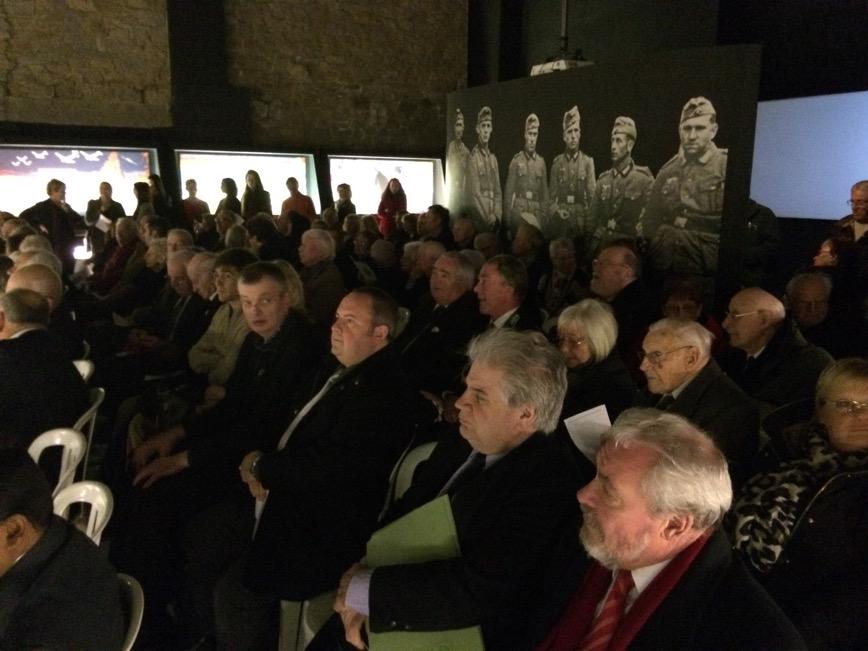 Pictures taken 70 years after the liberation of the Nazis' Auschwitz death camp echo the horrors of its Holocaust past.

The Channel Islands will today commemorate 70 years since the liberation of Auschwitz and Holocaust Memorial Day.

21 Jerseymen and women who died in Nazi camps and prisons will be remembered at the Islands' annual Holocaust Memorial Day commemorations.

In Guernsey, the island's biggest ever Holocaust Memorial Day service will take place this evening at 7:30pm in the Town Church.

In Jersey, a ceremony will take place at 1pm this afternoon in the Occupation Tapestry Gallery at the Maritime Museum.

Dr Gilly Carr will be this year's keynote speaker and will give a speech along the theme of 'Keeping the Memory Alive'.

When the Holocaust is remembered in the Channel Islands, one of the key groups we think about is the political prisoners - the circa 250 people who were deported to Nazi prisons and concentration camps for committing offences against the occupying authorities.

Drawing on unpublished testimonies written to claim compensation in the mid-1960s, I will be talking about their experiences in prisons and camps.

I will examine the way that Channel Islanders supported each other during their ordeal, forgetting inter-island rivalry, and fought to keep each other alive. I will talk about the ongoing fight to keep that memory alive in the decades after the war, exploring how Islanders helped each other claim compensation from the Germans in the mid-1960s.

Read about the various events happening around the country to remember the millions of people killed in the Holocaust on the national ITV News website.