The final pieces of treasure will be removed from Jersey's ancient coin hoard today.

The discovery in 2012 was the largest trove of Celtic coins ever found.

The cluster of Roman and Iron Age coins had lain hidden for up to 2,000 years.

Archaeologists have since been working to pick it apart to uncover its treasures.

Today, after nearly three years and 70,000 coins the conservation team will be separating the very last few pieces this afternoon.

The treasure was discovered in a field in Jersey nearly five years ago.

A cluster of Roman and Iron Age coins had lain hidden for up to 2,000 years.

Archaeologists and conservation experts have been working hard to pick apart the hoard, making many unexpected discoveries along the way.

It's not quite what you'd call state of the art technology but archaeologists in Jersey have released footage showing how they've used a biscuit tin lid to remove a purse from the iron age coin horde.

The purse was found in April as part of the Grouville Hoard, a trove of Celtic coins found in Jersey.

What is believed to be a leather purse has been uncovered in the Grouville Hoard, a trove of Celtic coins found in Jersey.

Experts say it is about 80x40x40mm and is attached to two copper alloy rings, which may be a fitting for wearing it on a belt.

They reckon there's about 20 coins inside the purse and are keen to extract them.

So far it’s the first actual container of coins found inside the hoard.

Our latest removal is this silver ingot, weighing in at an astonishing 665g! #metal #archaeology #jerseyci https://t.co/fOWcnSbToZ 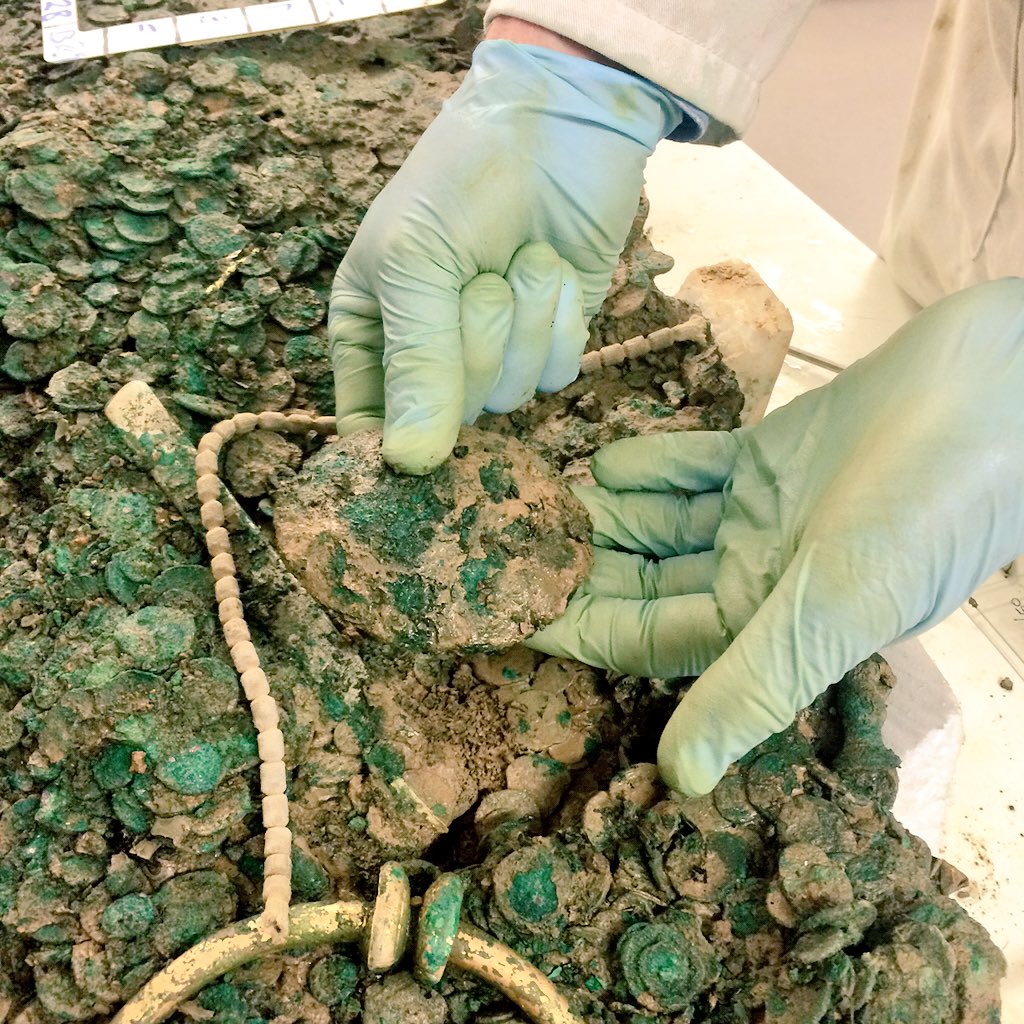 One of our amazing volunteers this morning about to remove a bracelet he spotted back in 2013! #community https://t.co/c9zEjJT2yW 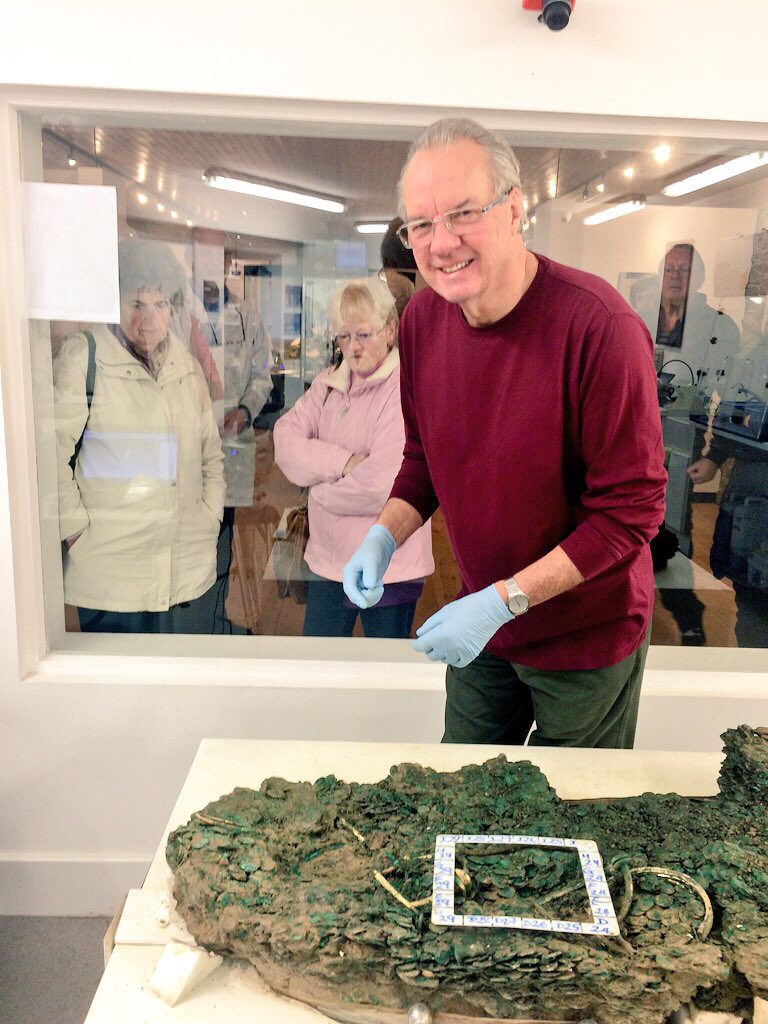 Members of the public are being invited to watch the live extraction of gold jewellery from a huge Celtic coin hoard found in Jersey.

Two Jerseymen, who found the largest ever Celtic coin hoard in a field in Grouville more than three years ago, have written a book about their archaeological adventure.

Richard Miles and Reg Mead made headlines around the world when they discovered the treasure, armed with a couple of metal detectors.

Experts were called on to excavate the collection and carefully take it apart, piece by piece.

Since archaeologists have been working on the hoard, we now know it is not just a pile of coins.

Other treasures are embedded in it, including jewellery, such as parts of torque and a ring.

The hoard has now been moved to La Hougue Bie to be displayed as part of the new Ice Age exhibition.

In the programme at 6pm, we will be talking to Richard Miles and Reg Mead about their new book.

Their book is due to be released on Thursday 26th November.

It's been almost four years since Jersey made world headlines after the largest ever hoard of Celtic coins were discovered in a field in Grouville.

But now, more treasures are being unearthed.

Whilst ITV News was at their laboratory, archaeologists found what they believe to be a ring.

It's similar to one they've found there before.

Around 300 of the 70,000 coins are uncovered everyday and they've now been moved to a new home at La Hougue Bie.

Around 12,000 coins have separated from the potential 70,000 total, but what's among those coins that is interesting archaeologists most.