Police say as soon as the structure is safe the roads will be reopened.

Eight firefighters were called to an apartment in St Helier this morning after a kitchen set ablaze.

Two fire engines arrived at the scene at 10am after reports of smoke coming from the building.

The fire appeared to have been started accidentally, by the hob being switched on unintentionally.

It then set fire to a plastic tray and other items left on the cooker top.

No-one were injured and the damage was limited to the kitchen.

Jersey's police force and fire service are investigating a spate of recent fires which may be connected.

They describe the fires as "suspicious", and predominantly in the west of the island, the most recent being in the early hours of last Saturday morning near Les Landes.

Three fire engines and a water carrier were called to the scene.

Jersey Police are asking islanders to look out for any suspicious behaviour or activity and to report it to them.

Whilst it is acknowledged, especially during the summer months, that some outdoor activities carry an increased fire risk, the concentrated location and similar circumstances of these particular fires are such that we are concerned as to their cause. Any information that the public may have will be gratefully received.

The emergency services were called to an incident in St Clement, which turned out to have been caused by a cooker top fire.

The Fire and Rescue Service have explained the large response to what turned out to be a small fire.

They say that any incidents reported at high rise buildings need a swift response, because serious fires can quickly become very dangerous.

We will bring you more details as we get them.

A 28-year-old man who was rescued after a flat fire on St Saviour's Road is in an improved and stable condition.

He is recovering in the Intensive Care Unit at the General Hospital in St Helier.

A man was rescued unconscious from a fire in St Helier in the early hours of this morning, which led to 30 people being evacuated from their homes.

And the service also dealt with a chimney fire, in what was a busy evening for them:

30 people had to evacuate their homes last night after fire broke out in a block of flats on St Saviou'rs Road around 12:30 this morning.

Fire crews found one person unconscious in the building, they are now receiving hospital treatment.

It is thought the fire started from cooking being left unattended.

The alarm was raised after residents of surrounding flats heard a smoke detector sounding.

It was a busy night for the Fire Service, there was also a call out to a chimney fire at Beaumont. 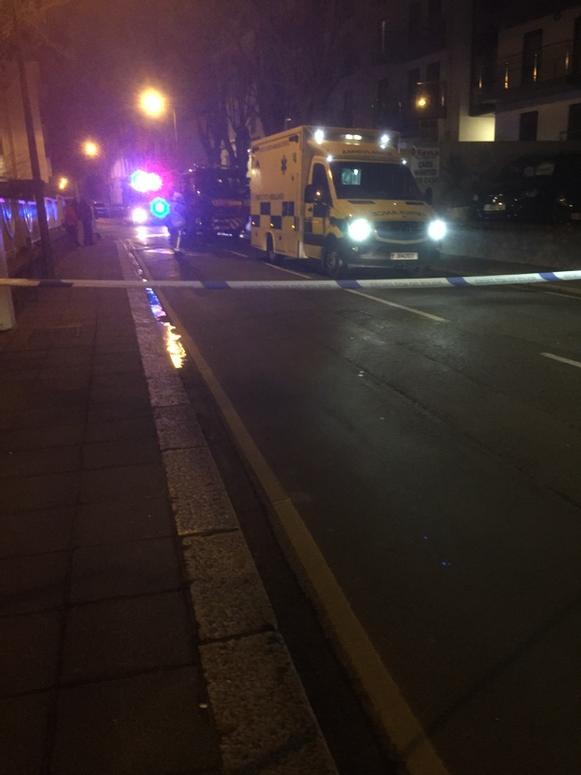 Firefighters called to battle a blaze at a First Tower flat think a faulty electrical extension lead was to blame.

When crews from White Watch arrived at the scene, they were faced with flames and smoke billowing from a ground floor window.

They put out the fire from outside the building and then went in, wearing protective breathing gear, to make sure no one was inside and all the flames were dampened.

The flat has been severely smoke damaged, but officers say as the door to the room on fire was closed, most of the damage was contained.

The crews had just finished their annual breathing apparatus refresher course when they were called to attend the fire.