A bronze statue of Cilla Black has been unveiled in her home city of Liverpool.

The memorial, commissioned by her three sons Robert, Ben and Jack, is situated outside the original entrance to the world famous Cavern Club where the late singer and TV presenter had worked as a cloakroom girl.

The ceremony also marked the 60th birthday of the nightclub where The Beatles played in their early years.

Unveiling the statue, Robert Willis said his mother "never really appreciated getting old but now she will be forever young".

We were overwhelmed by the incredible support after our mother died from the country but also, and especially, from the people of this great city.

It was incredibly comforting and it moved us deeply and gave us hope at a time when we didn't have much hope.

It was something that none of us will ever forget.

Robert Willis 'my mum would have been very proud' #cilla https://t.co/TyqhVZSMzq 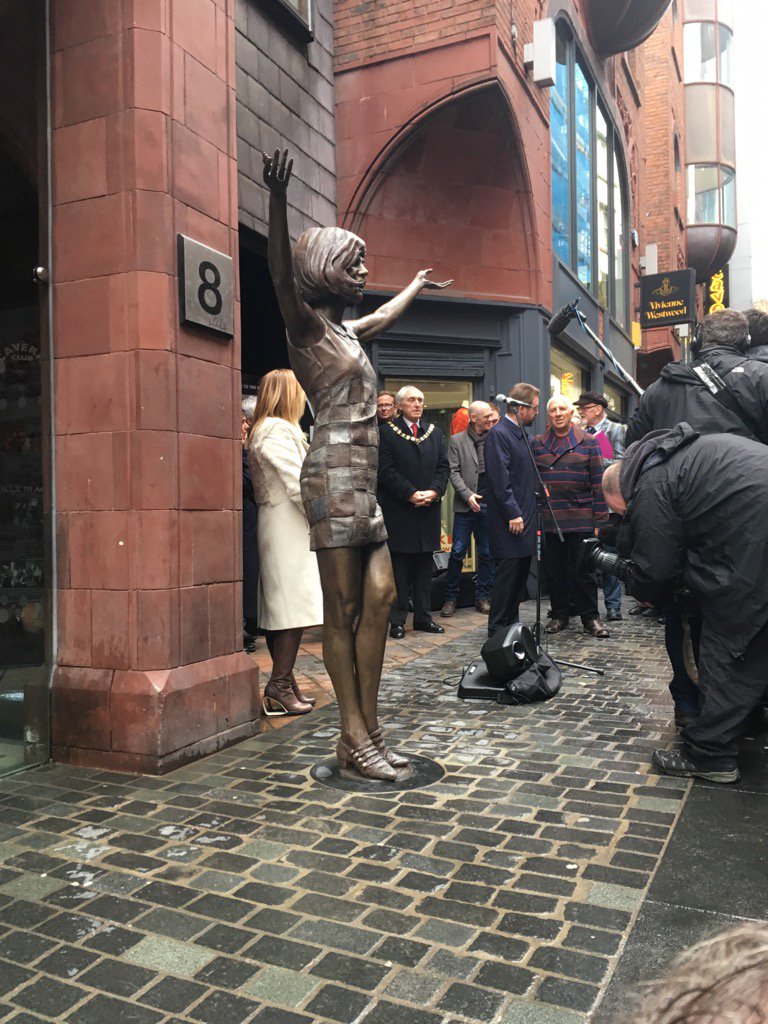 He said the local-made sculpture was not only a memorial to his mother but donating it to Liverpool was:

It's a small gesture of gratitude and thanks to the people of this wonderful city.

It brings a smile because they have caught the joy.

It's based on a sixties design, the dress is chequered and it enabled us to put little stories like photos and lyrics hidden in there for people to check out.

I'm just incredibly relieved that it turned out as well as it did. We are so happy with it, and I hope people enjoy it. And they did get the legs right, she had great legs! And also the nose - it's the post-nosejob nose which she would have insisted on!

Get ready Liverpool not long to go #Cilla @petecityprice bringing it to you live on This Morning! https://t.co/lfbj5Xie4O 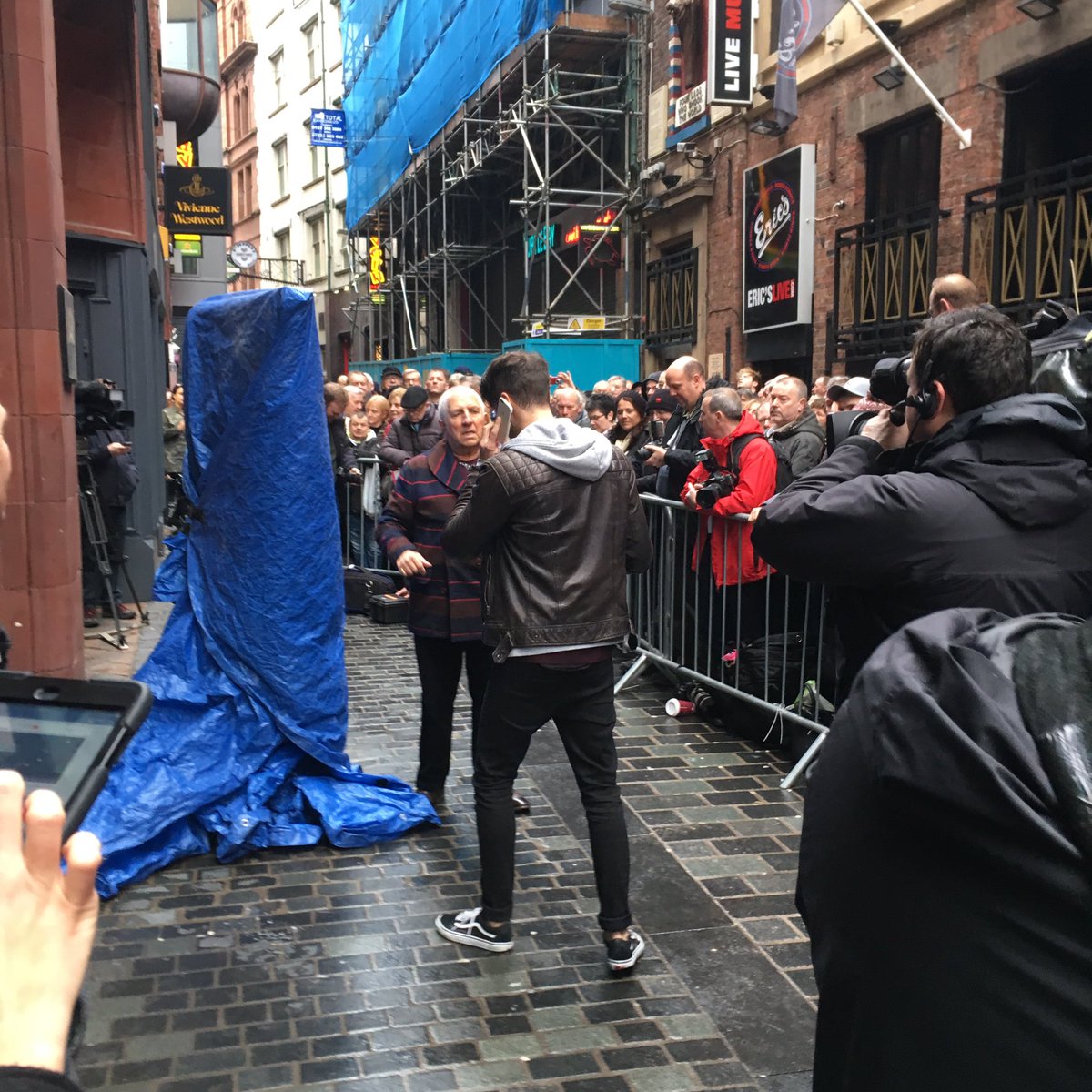 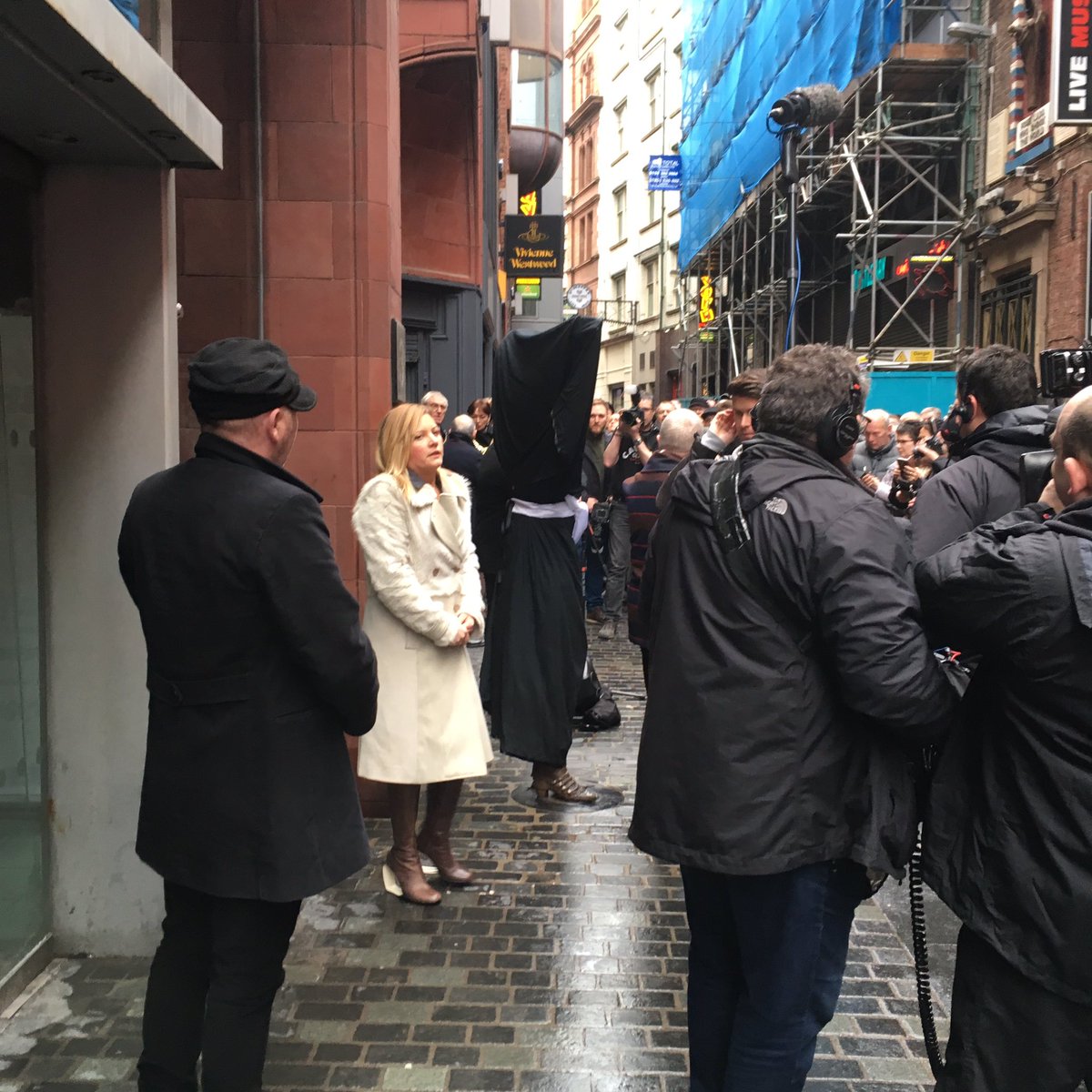 Hundreds of press assembled ready for #Cilla unveiling in Liverpool! See the behind the scenes @granadareports toni… https://t.co/wQXgwd0IFp

Thousands of well-wishers lined the streets of Liverpool for Black's funeral after she died at her home in Spain in August 2015.