One of the UK's most wanted men has been told 'I'm coming for you' by the former presenter of Channel 4 show Hunted.

Former detective Peter Bleksley is setting out to find Kevin Parle, who has been on the run for 14 years, wanted over two separate murders on Merseyside.

16-year-old Liam Kelly was shot in 2004 and 22-year-old mother-of-three Lucy Hargreaves was murdered the following year.

The families of Parle's alleged victims have refused to speak to Mr Bleksley and Merseyside Police have declined to assist with his investigation.

But he denied the manhunt was an "ego trip", although he admitted he was planning to write a book about the case. 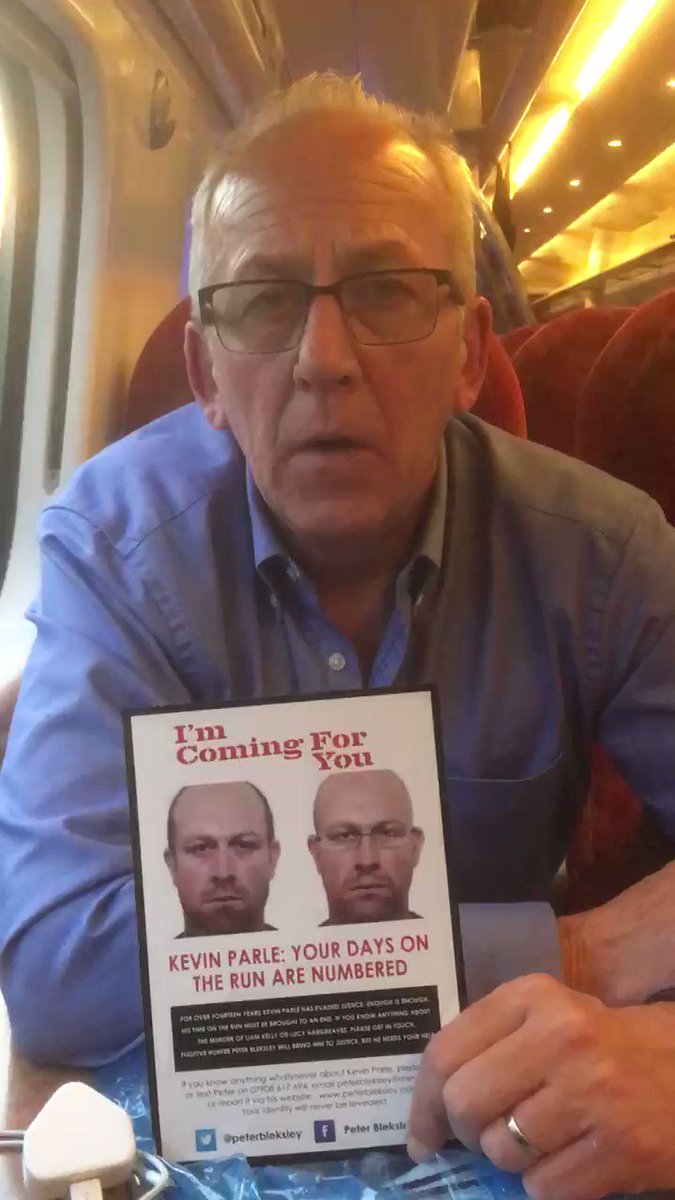 "Quite frankly, I am on a journey and I don't exactly know where it's going to take me.

"And I will of course, by the end of the process, have written a book.

Mr Bleksley said his self-funded manhunt would not have the resources made available to him during the TV show Hunted.

"Essentially I will have a pen, a notebook, a mobile phone and a business card.

"But I've also got social media, I've got a network of former cops, former military and people in the private investigations world.

"I want to utilise all those people to come together with the shared purpose to spread the word about Kevin Parle to every corner of the globe."

Parle, who was privately educated and is 6ft 6in, has been named as one of the UK's most wanted men by the National Crime Agency.