Students on the Isle of Man have walked out of school to join the strike action taking place around the world.

The protests are being held outside Tynwald as pupils demand that the Government make commitments to tackling climate change.

Despite the Isle of Man Government announcing a 'climate emergency' earlier in the year, the activist still feel not enough is being done.

@granadareports The #ClimateStrike continues on the Isle of Man outside Tynwald. https://t.co/5pbtC2IvXh 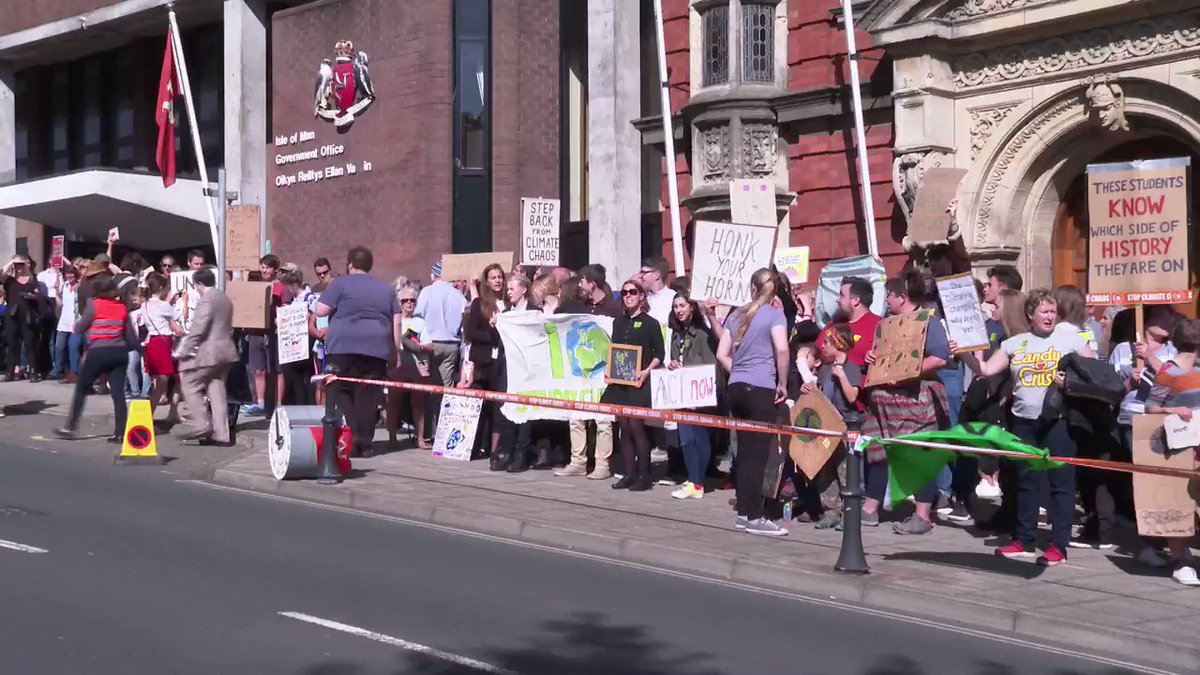 The Isle of Man has an opportunity to be a world leader in renewable electricity generation and climate mitigation strategies, paving the way to carbon neutrality. We stand here today in solidarity with the school strikers alongside the 62 other organisations around the world who have come together to demand climate justice and an end to the use of fossil fuels".