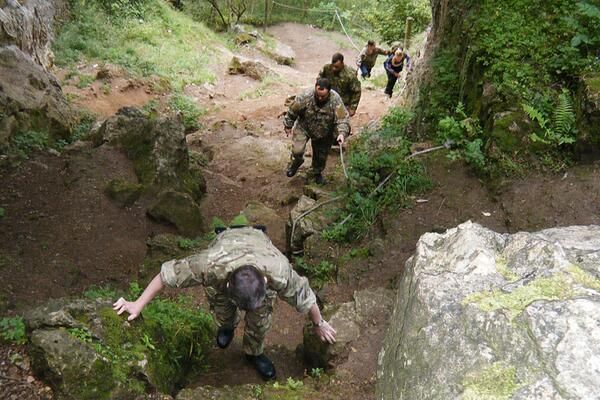 Tourists exploring a cave in Buxton stumbled across treasure that had lain undisturbed for more than two thousand years.

Amy Welch has the story:

A precious hoard of Roman and Late Iron Age coins has been discovered in a cave near Buxton where they have lain undisturbed for more than 2,000 years.

The treasure trove was initially unearthed by a member of the public, who stumbled across four coins in the cavern in Dovedale in the Peak District, sparking a full-scale excavation of the site.

Experts say the find is highly unusual as it is the first time coins from these two separate civilisations have been buried together.

And the setting itself adds to the mystery surrounding the discovery, as while Roman coins have often been found in fields, this is understood to be the first time they have been unearthed in a cave.

Archaeologists discovered twenty six coins, including three Roman coins which pre-date the invasion of Britain in AD 43, and 20 other gold and silver pieces which are Late Iron Age and thought to belong to the Corieltavi tribe.

National Trust archaeologist Rachael Hall said whoever owned the cache, which has been declared as "treasure" by the authorities, was probably a wealthy and influential figure.