The central reservation is being removed from the M56 to get motorists off the motorway, police say.

UPDATE: #M56 btwn Jct 12-15 still closed. Work being done to remove central reservation to get motorists off the motorway.

The eastbound section of the M56 in Cheshire has reopened after a tanker fire closed the motorway in both directions. The westbound section remains closed.

The M56 has now fully reopened after a gas tanker burst into flames shutting the motorway for several hours.

No one was hurt in the blast but it led to traffic queues and delays with many being told to avoid the area.

The tanker fire on the M56 at Helsby is now under control and although the motorway is still closed near the incident traffic is beginning to flow again via diversions.

Cheshire Constabulary and Cheshire Fire and Rescue are warning it will take some time to deal with the backlog of vehicles in the area.

Firefighter crews are tackling a fire involving a propane gas tanker on the hard shoulder of the M56 westbound close to Stanlow.

Trains were stopped on both the Manchester to Chester and Ellesmere Port to Helsby lines. Air traffic has been stopped over the area after Air traffic control was advised of the blaze. 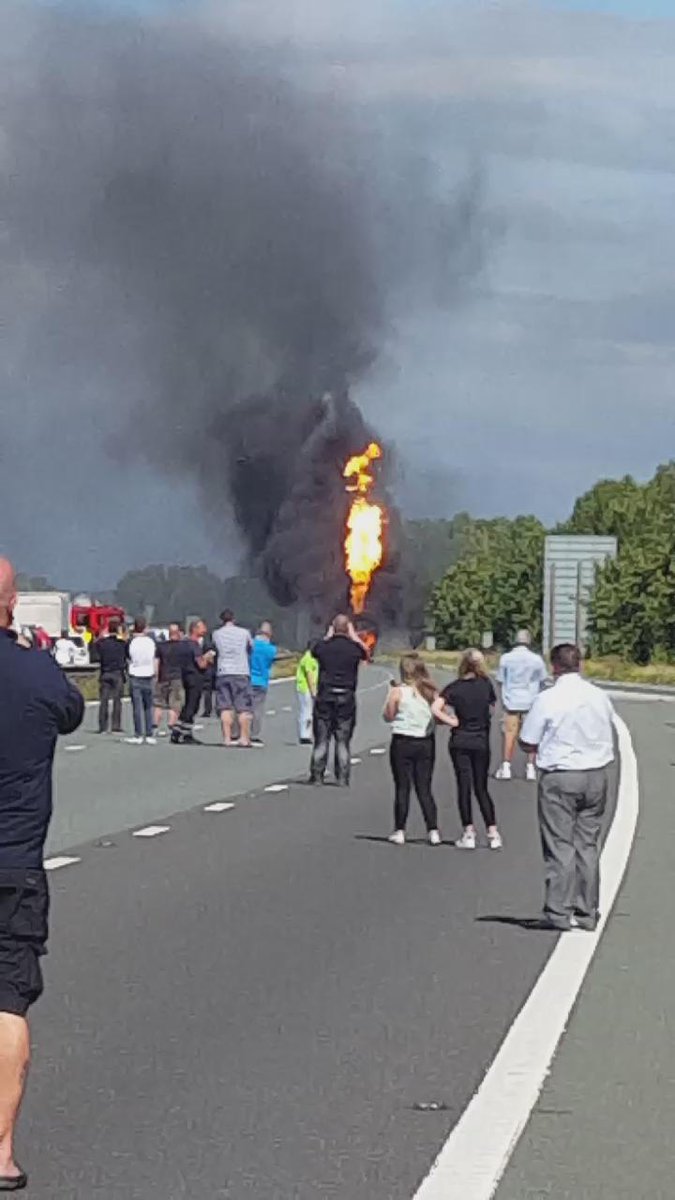 The motorway has been closed in both directions and drivers have been advised to avoid the area while crews deal with the incident.

Cheshire Police say there are no injuries after a tanker carrying propane gas caught fire, shutting part of the M56 motorway and causing major disruption.

UPDATE: The M56 incident - there are no casualties as a result of the incident

Flames can be seen engulfing the wheels and underneath a propane tanker in a blaze on the hard shoulder of the M56 motorway in fire that has brought traffic in the area to a standstill.

Many people have been left stranded on the M56 after the tanker fire near Stanlow forced its closure.

Some people are making the most of the delays, sunbathing and even playing football on the empty carriageway. 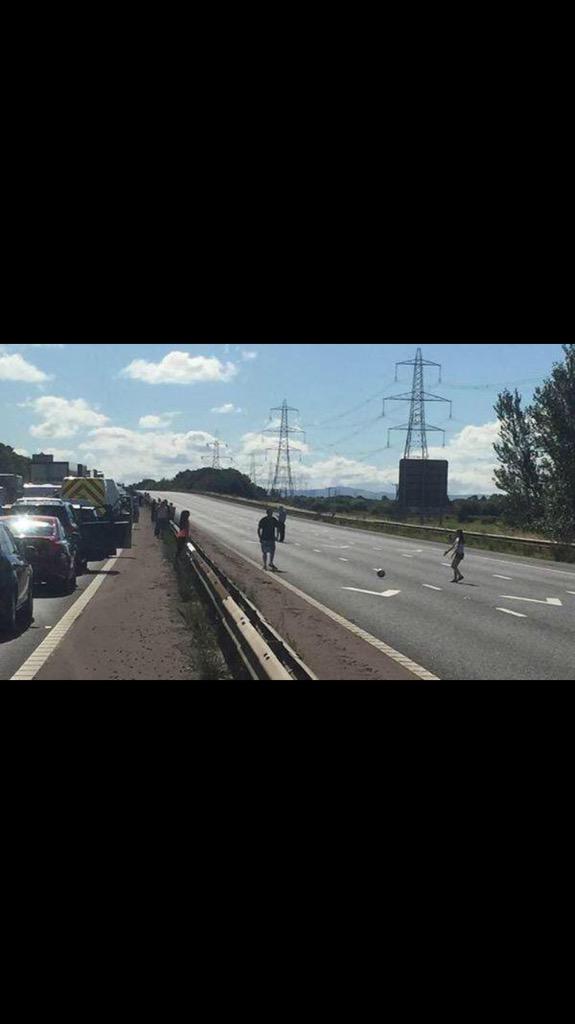 Residents living adjacent to affected area of M56 are advised to keep doors & windows closed and stay on side of house away from motorway.

A tanker has exploded on the M56 near Chester. We've been told to lock our cars and run! http://t.co/uMvyUjWGQ6 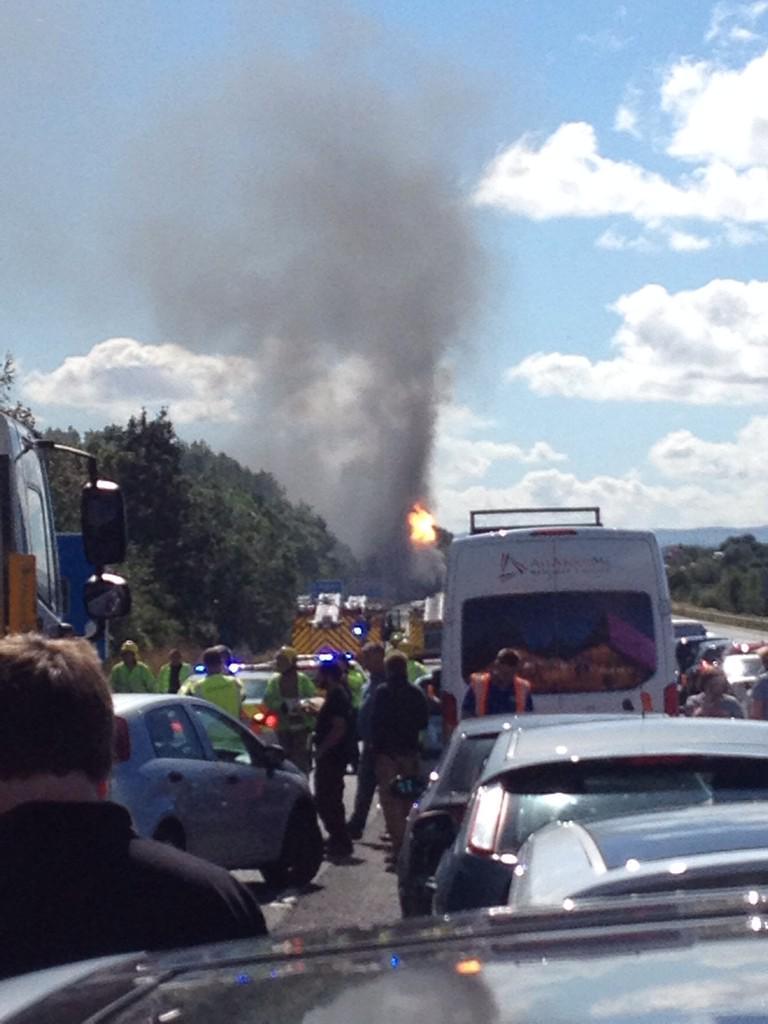 A propane tanker fire has forced the closure of the M56 between junction 12 near Runcorn and 14 at Hapsford.

The lorry has been contained on the hard shoulder of the westbound carriageway close to Stanlow oil refinery.

The motorway has been closed in both directions and motorists are advised to avoid the area as fire crews deal with the incident.

A cordon of 1,600-metres has been set up and motorists are being evacuated from their vehicles and being moved to a safe distance.

Other drivers are advised to avoid the area.

Trains have been stopped on both the Manchester to Chester and Ellesmere Port to Helsby lines.

Cheshire Fire Service said air traffic control have been advised of the incident to ensure that air traffic is stopped from flying over the area.

A tanker has exploded on the M56 near Chester. We've been told to lock our cars and run! http://t.co/uMvyUjWGQ6