The Friends of Wythenshawe Hall came out in defiance today to say the historic landmark is open for business as usual.

The 16th century timber-framed listed building was set on fire last week, totally destroying the roof and most of the timber structure.

But that didn't deter volunteers in period costume today as they rallied round to let locals know that it's business as usual.

Paul Crone has this report.

It's business as usual at Wythenshawe hall today despite a fire which destroyed large parts of the building more than a week ago.

All the free easter activities will be hosted in pop up spaces in the grounds.

The Friends of Wythenshawe Hall will be dressed in traditional costume throughout the day.

It's believed a fire which devastated Wythenshawe Hall in Manchester may have been started deliberately at the front door.

The historic stately home was badly damaged in the arson attack.

The fire spread to the roof of the timber building yesterday.

Greater Manchester Police say the fire at Wythenshawe Hall in Manchester is being treated as suspicious.

Police officers and the fire service have begun a preliminary investigation of the building and are now appealing for anyone who may have and information to come forward.

“The investigation into how this fire began is in it’s infancy, however we are now treating it as suspicious. “We are appealing for anyone who may have any information or may have seen anyone in the area in the early hours of this morning to come forward.

“This is a devastating fire in a beautiful building and we are determined to get to the bottom of how this could have happened.

“Luckily, no one was injured, but the damage to the building and its contents will have a lasting impact on the community, and those who dedicated their lives to Wythenshawe Hall."

More than 50 firefighters have fought to save Wythenshawe Hall after a fire broke out there.

Greater Manchester Fire and Rescue service say they're looking into whether the fire was started deliberately.

The blaze at Wythenshawe Hall, the Tudor mansion in Manchester has caused "devastating" major damage.

At its peak more than 50 firefighters using 10 appliances and an aerial platform to battle flames at Wythenshawe Hall in Manchester.

The flames badly damaged the 16th century building's clock tower and its roof after fire broke out in the early hours of Tuesday, Greater Manchester Fire and Rescue Service said.

The building, which was built around 1540, was the home of the Tatton family for hundreds of years. Its history includes being besieged by Parliamentary forces during the Civil War. It was given to Manchester City Council in 1929.

"This blaze has caused devastating damage to a historic building, but the quick actions of our crew have saved the majority of the structure.

"The fire was well developed when they arrived and firefighters did a fantastic job to stop it spreading through the timbers and voids in the property.

"We will work closely with Manchester City Council and The Friends of Wythenshawe Hall to help them recover from this terrible fire."

Mr Pickstone earlier said that the roof and the first floor has been "lost" after the fire struck in the "main black and white traditionally clad Tudor building with the historic clock tower" at around 3.30am.

"This is an upsetting incident involving a much-loved historic building at the heart of its community.

"We are currently still taking stock of the damage but will all need to rally together in an effort to restore the hall."

Firefighters are now damping down - see the latest on the Wythenshawe Hall fire here: https://t.co/ryfiivGhEy

Greater Manchester Fire and Rescue Service have released aerial footage of the blaze: 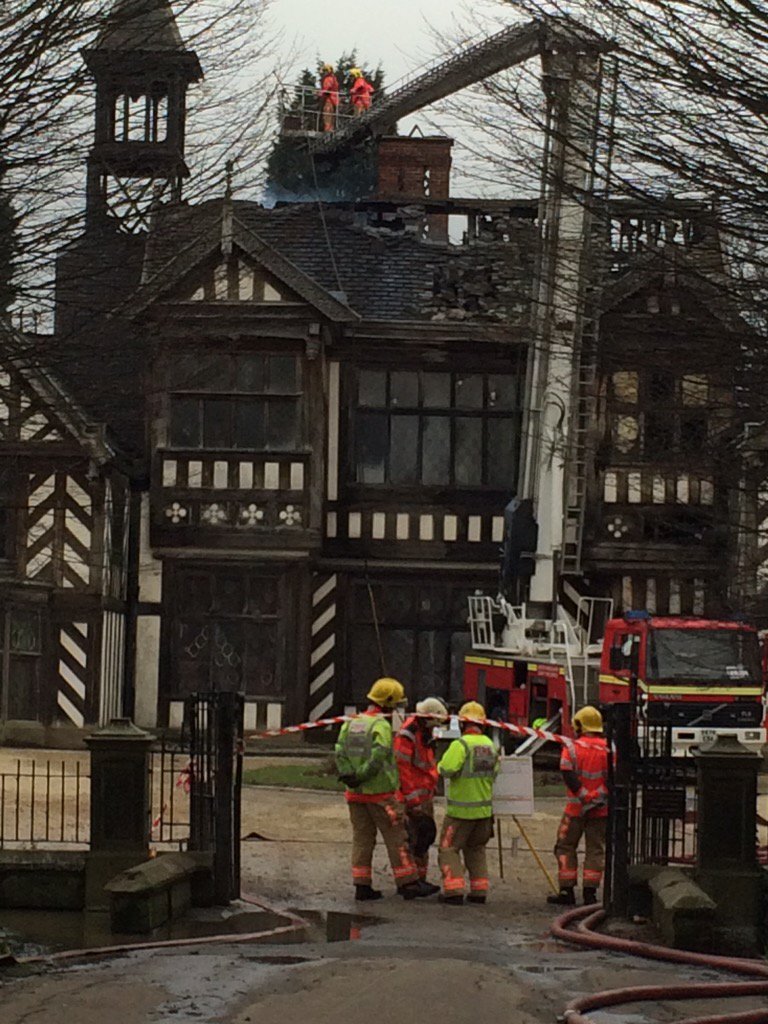 Paul Selby from Friends of Wythenshawe Hall spoke at the scene:

Water now being sprayed onto the tower at Wythenshawe Hall which is still smouldering away. https://t.co/KJN4bmWJvj 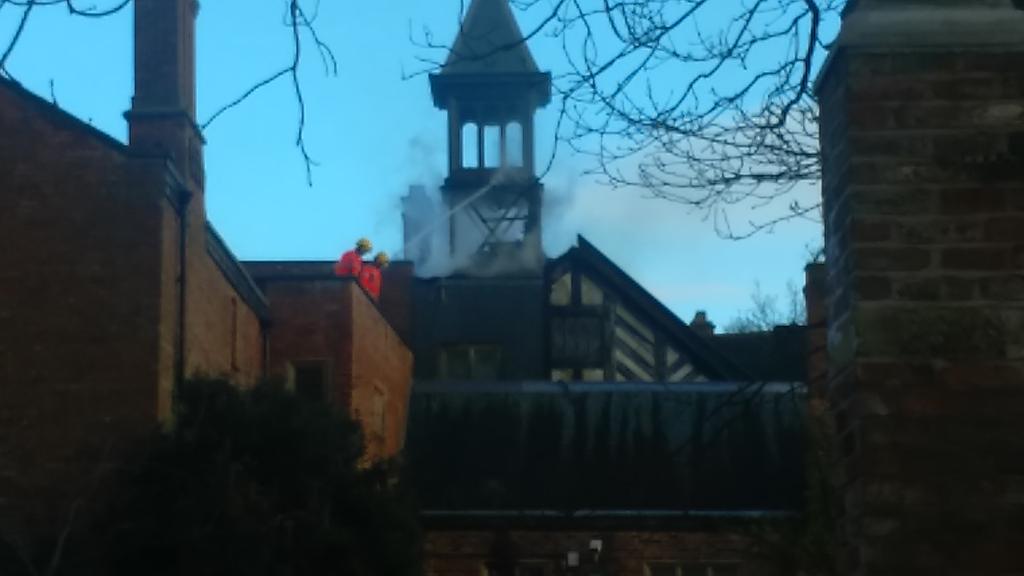 Such a sad sight. Top half of Wythenshawe Hall has been gutted by the fire @mennewsdesk https://t.co/WJ9DMDVU6z 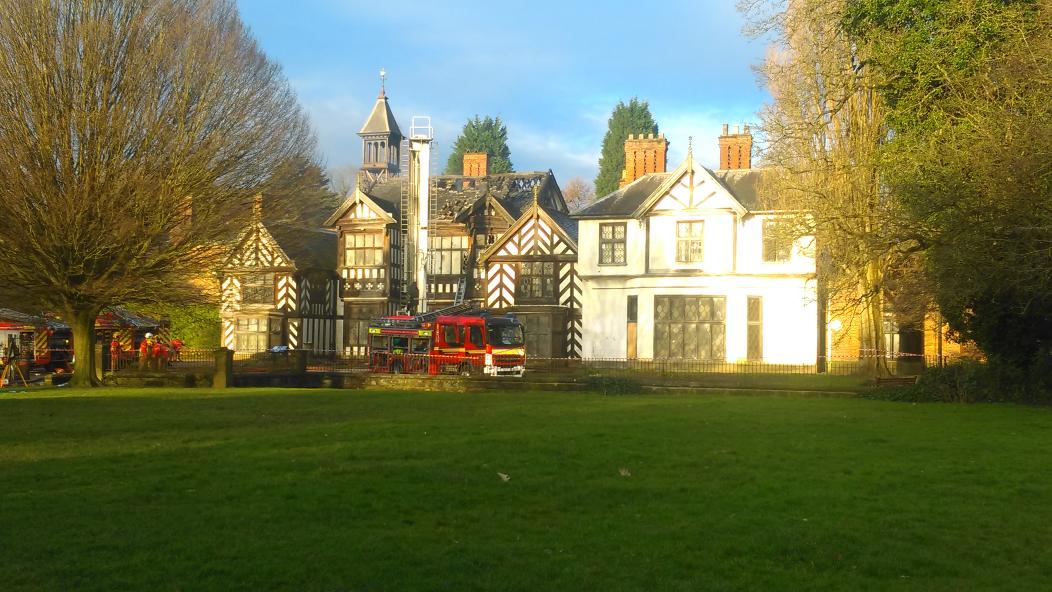