Ian Barber has the latest from Bury South and Bury North. 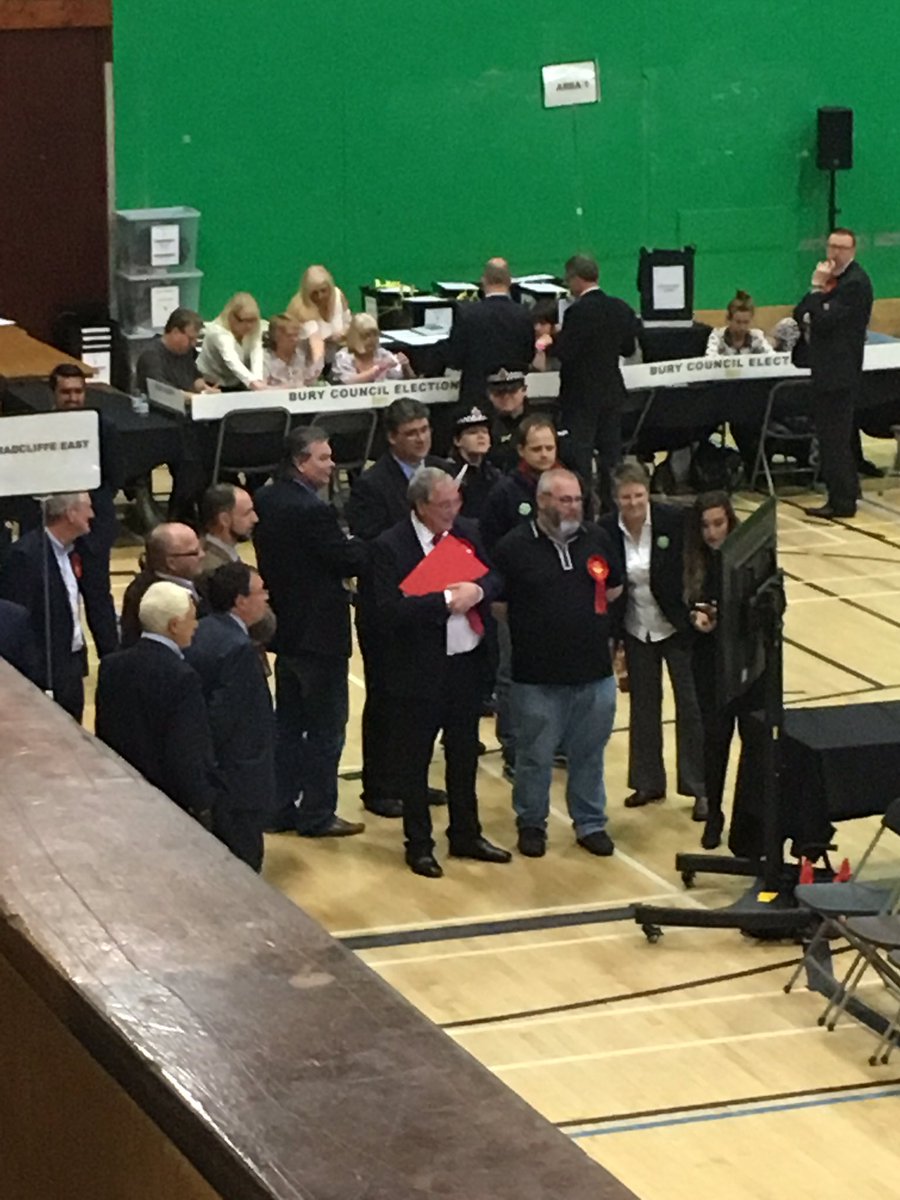 Ivan Lewis had 4922 majority here in Bury South two years ago. Could be another good night if exit polls ring true… https://t.co/03xU6gT00v 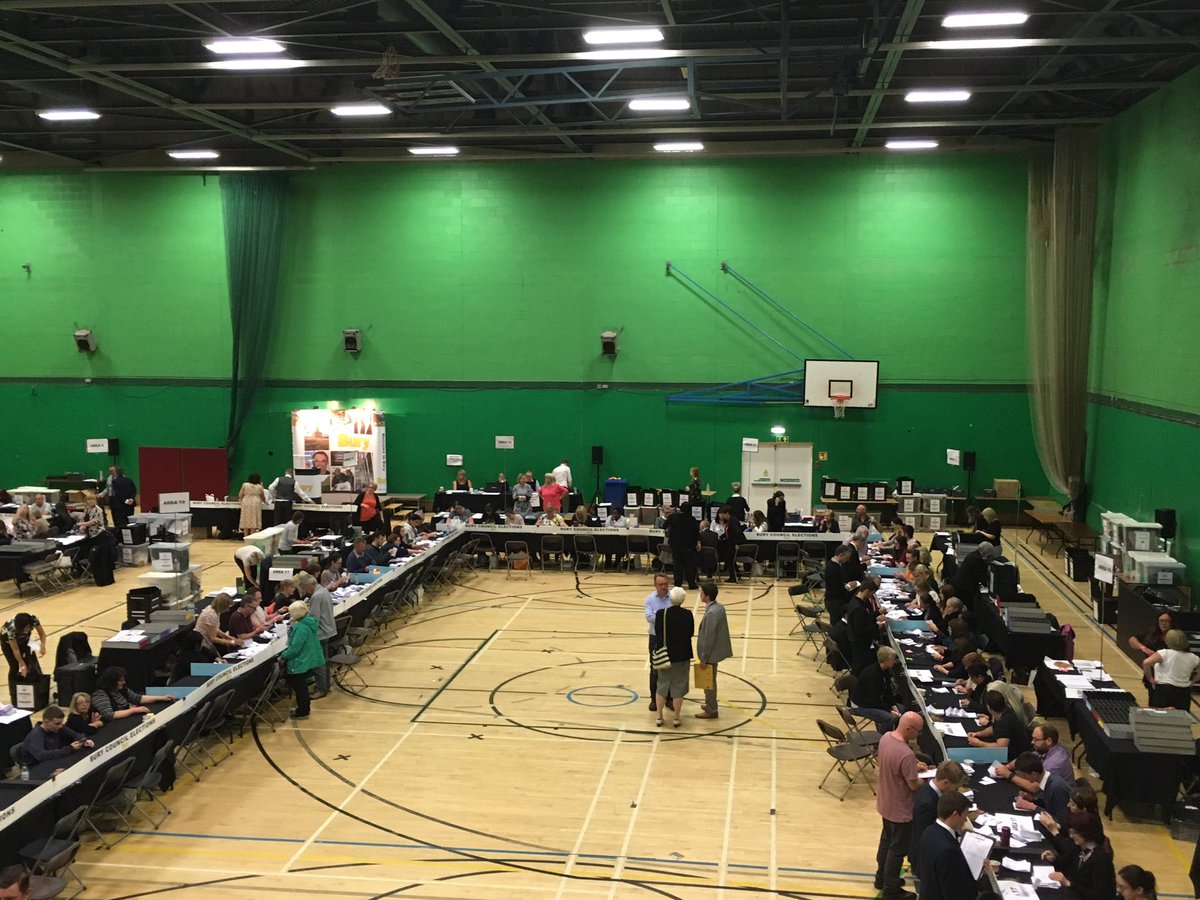 Lab sources who knocked on doors in Bury today (2 crucial seats there) say responses were 'dire'. They're bowled over by exit poll. #GE2017

. @dnuttall David Nuttall arrives at Bury North count. Beat @jamesfrith in 2015. Can he do same tonight? Lots of ey… https://t.co/r60KlJBRcP

It is early days, it's a poll, if the poll is anything like accurate this is completely catastrophic for the Conservatives and for Theresa May

It's difficult to see, if these numbers are right, how they would put together the coalition to remain in office.

This is a projection, it's not a result. These exit polls have been wrong in the past.

They have been right for the last 20 years or so, 30 years, so I think we're on the verge of a great result.

Just think only seven weeks ago the hubris of the Prime Minister who was 20 points ahead, who wanted to have a blank cheque, she wanted to do whatever she wanted with the country with Brexit, with the economy, with our National Health Service and we said no and we meant it.

If the exit poll is true then Theresa May has put Brexit in jeopardy. I said at the start this election was wrong. Hubris.

I think Theresa May has won own goal of the season.

This is a new contender for the naughtiest thing Theresa May has ever done.

"May didn't go to Chester or Barrow or Wirral West, constituencies with tiny Labour majorities because the Tories saw them as a given."

Follow Granada Reports and our social media accounts for all the latest update on tonight's General Election.

Theresa May's gamble on a snap election looks set to cost her overall control of the House of Commons, according to an exit poll released after the June 8 general election.

The BBC/Sky/ITV poll suggested the UK was heading for a hung parliament, with Conservatives 12 seats short of the 326 they need for an absolute majority in the Commons.

The poll put Tories on 314 seats, with Labour on 266, the Scottish National Party on 34, Liberal Democrats on 14, Plaid Cymru on three and Greens on one. 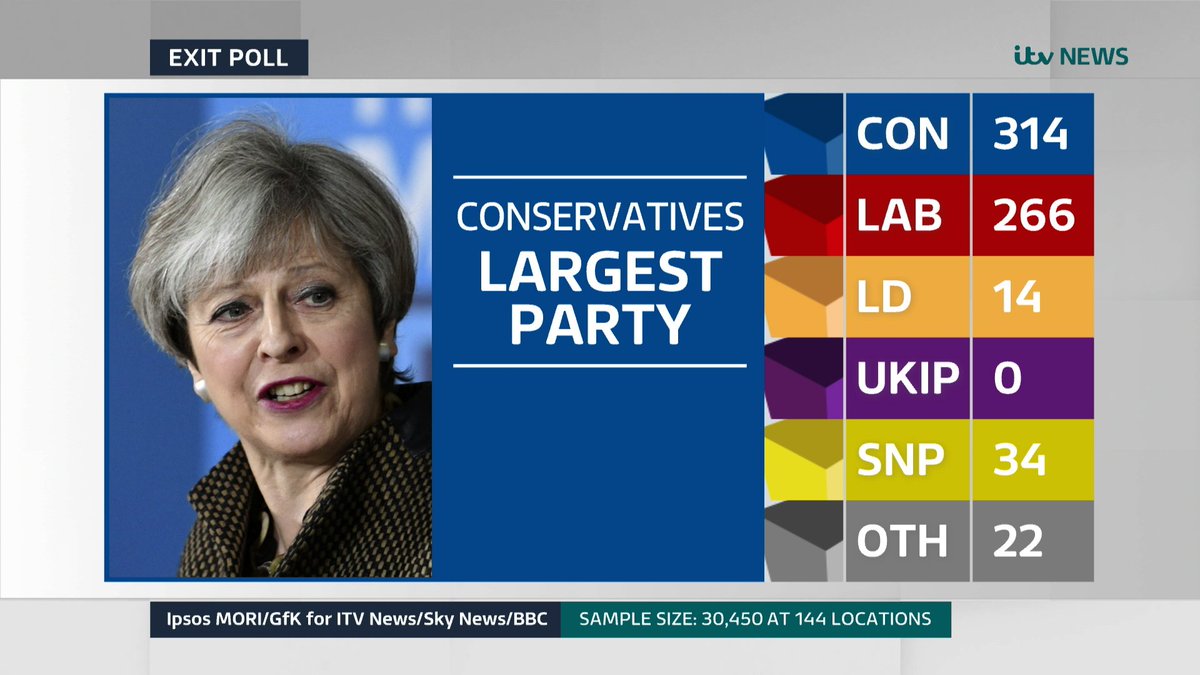 An advertising van for the Conservative party overturned on the M6 - prompting scores of tweets poking fun at the Prime Minister's 'strong and stable' campaign message.

Nobody was hurt when the vehicle turned on its side along the M6 northbound between Lymm and Woolston, Cheshire, on Wednesday morning.

It caused some tailbacks on the motorway but also led to endless puns on the Conservatives’ ‘strong and stable’ message.

Granada Reports' political correspondent Dan Hewitt put your questions to politics professor Jon Tongue earlier. Here's what you had to ask him.