People living on Old Road in North Manchester described seeing a car pull up with the masked gang.

Officers are appealing for information after an 18 year old was raped in Blackley. No arrests have been made.

Police are searching for a man after a 31 year old was left "fighting for his life" after a stabbing in Manchester.

Police have arrested a man following an explosion at a house in Blackley.

Five people have been injured, two seriously, in a house explosion.

Emergency services were called to Blackley, Manchester, just before 12.30pm.

A spokeswoman for North West Ambulance Service said two people had been taken to Salford Royal Hospital with what were believed to be serious injuries.

Three other people were being treated at the scene for minor injuries.

Crews were assessing the scene and carrying out a primary search of the area.

We're currently dealing with a house explosion on Blackley. More to follow... https://t.co/bEHVGRd5ex 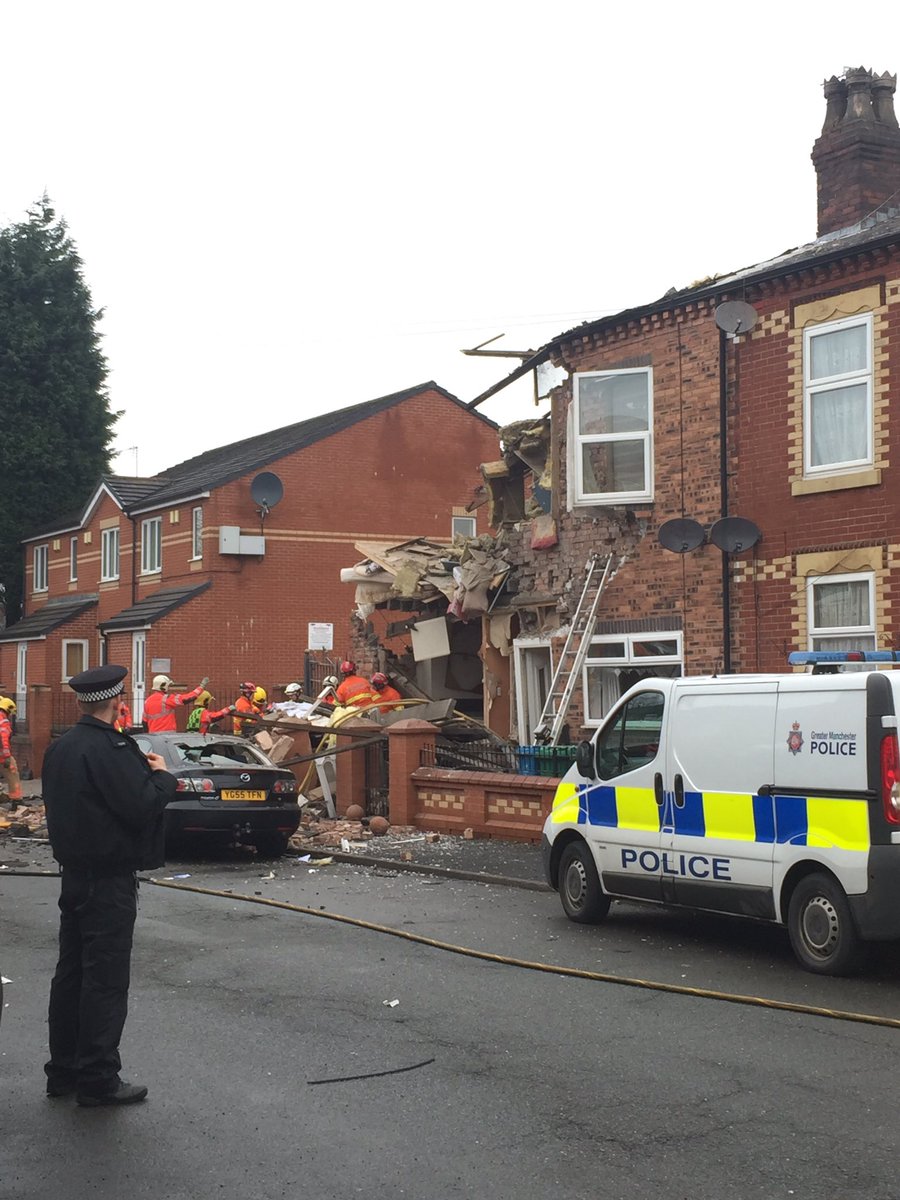 A bar promoter who gave birth in a Magaluf, after having no idea she was pregnant, has brought her little girl home in time for Christmas.

A former Blackley man has been charged with a number of sexual offences including rape.

Michael Walsh, 49, of HMP Manchester, has been charged with four counts of rape, two counts of administering a substance with intent to overpower to enable sexual activity and three counts of strangling to cause unconsciousness.

He will appear at Manchester and Salford Magistrates’ Court on 4 January 2017.

The charges relate to reports of historic sexual abuse between January 2000 and January 2002.

Woman partying in Magaluf had the ‘shock of her life’ when she gave birth to a little girl after having no idea she was pregnant.

Three people have been arrested on suspicion of failing to bury a body after officers discovered a dead man in a flat in Manchester. It has been reported that the body could have been there for some time.

Shortly before 6.40pm on Sunday October 23, police were called to Helena Courts, Blackley, to reports of a concern for welfare.

Officers attended and discovered the body of a man.

A 46-year old woman, a 30-year-old man and a 44-year man have been arrested on suspicion of conspiracy to prevent a burial and remain in police custody for questioning.

An investigation has been launched to establish the circumstances surrounding his death.